Agriculture can play a role in reducing greenhouse gas emissions. 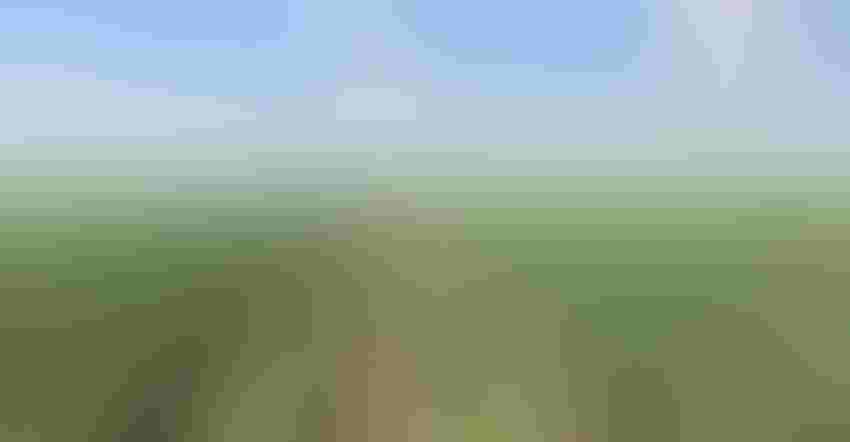 Farmers interested in tapping into potential carbon markets could see benefits other than an added revenue source.

A carbon economy offers farmers opportunities to sell carbon credits through certain conservation practices they employ on their land. Those practices also can reduce agriculture’s own carbon footprint, currently calculated at creating nearly 10% of the U.S. greenhouse gas emissions.

Soil management is a significant source of those emissions, according to several presenters at a recent “Carbon Farming in Texas” workshop in Robstown, Texas.

"Most soils are far from their carbon saturation threshold,” she said. “There is potential for increased carbon inputs and management that protects carbon stocks to maximize carbon storage.”

She explained that soil can be a carbon “reservoir,” storing carbon but not accumulating it.

She said a carbon sink accumulates carbon and is an ongoing process, increasing the amount of carbon stored in it. Growing plants accumulate carbon.

“Soil is a major carbon reservoir, but it could have the potential to be a sink,” Lewis said. That’s where soil management comes in.

She presented findings from several-long-term research projects. A dryland sorghum and cotton rotation study including conventional and no-till was initiated in 2008 at Corpus Christi. Foster said in two of the 13 years, no-till outyielded conventional tillage in sorghum but there was no difference in 11 of those years. Overall, no-till cotton yields were better than conventional. She also recorded an increase in soil organic matter over the course of the study.

“That’s about ¼ inch of rainfall advantage with no-till,” she said. “It takes time to regenerate soil.”

Another Beeville project including conventional tillage, strip tillage, and cover crops, showed no increase in soil carbon over the seven-year study. “It took 10 years to increase soil carbon in the Corpus study,” Foster said.

In the Beeville project, Foster noted, “no effect over time from tillage and cover in sorghum.”

She did see some effects in cotton from tillage, cover, and weather. “In five of the seven years, we saw no yield difference in cotton,” she said.

“We are currently finalizing a wheat double-crop study and have seen yield differences in some years with tillage and cover practices.”

She said no-till water stress increased in season in the double-crop sorghum, but moisture was adequate to support the wheat crop. “We see no difference in total carbon.”

Foster said the soil management projects offered “some lessons and challenges. Weed control is an issue. This is not herbicide-free management.”

Other planting issues include residue management and understanding the rate of residue decomposition. Foster said decomposition rate varies across the state and is more rapid in the humidity of south Texas.

She said nitrogen immobilization and nitrogen fertilization can be issues. “Amount and timing are important considerations.”

She also noted that soil conservation management may provide more than yield advantages. She referred to retired Extension Economist Mac Young’s studies that indicate no-till may provide yield advantages in some years but may also reduce labor and fuel costs.

Young’s findings include: “Switching to no-till cultivation has the potential to maintain or improve yields, reduce production costs, and increase profitability per acre. Overall fuel, labor, and repairs and maintenance expenses are less due to eliminating several cultivation trips across the field annually.”

In addition to in-person attendees, the Texas A&M AgriLife Extension Service offered the program to a remote audience through Zoom technology. Click this link to view the presentations.