“Everything from widespread early season drought to scattered hail storms has affected a good portion, but as far as how much of this will be actually abandoned across the entire region, my guess at this point would be around 10 percent to 16 percent. That’s taking into account the entire High Plains.” 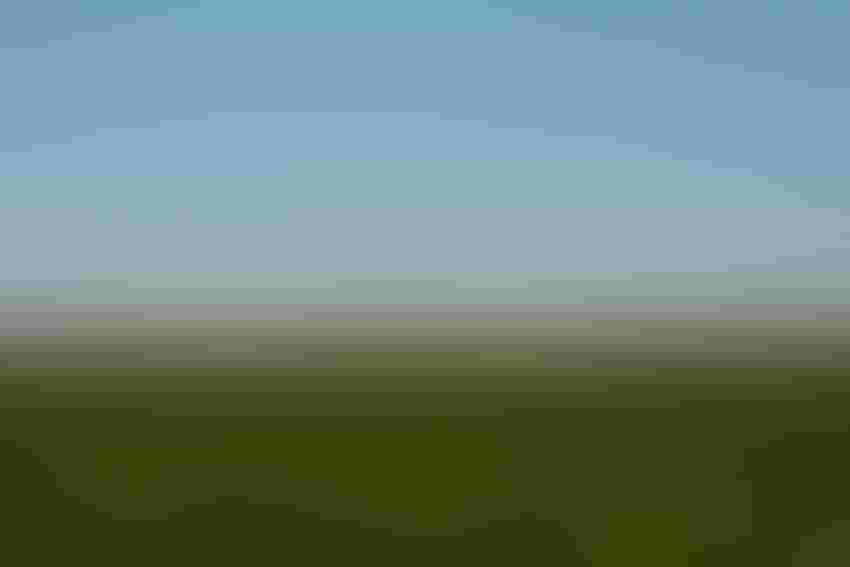 Some High Plains cotton looks good, similar to this field from last summer. Other areas have been badly damaged by hail, drought, heat and high winds. (File Photo)

“Trying to estimate overall damage on an area as large as the High Plains and with the amount of cotton acres we have is challenging,” Byrd says.  “There are certainly areas where a higher percentage of cotton has been lost, while in others the crop looks great.”

He says the “badly damaged portion” of the crop accounts for much more acreage than the amount that has been or will be abandoned.

“Everything from widespread early season drought to scattered hail storms has affected a good portion, but as far as how much of this will be actually abandoned across the entire region, my guess at this point would be around 10 percent to 16 percent.  That’s taking into account the entire High Plains.”

Kerry Siders AgriLife Extension IPM specialist in Hockley, Cochran, and Lamb counties says losses have been significant. “I would estimate Hockley County has lost 40 percent, Cochran near 50 percent, and Lamb 35 percent. This is all still in somewhat of a state of flux.”

Byrd says the overall High Plains estimate does not include crops that were lost then replanted to uninsured or “wildcat” cotton.  “So this number has the potential to climb as the season goes on, but as of now, I’m counting a cotton acre as a cotton acre whether it’s the first, second, or third planting.”

He says hot, windy, dry weather in the early season did a lot of damage that’s still evident as he looks at fields across the area. “I would say what’s more concerning than the lost acreage is that most of the cotton is well behind where it should be at this point, based on planting date alone. It’s safe to say that you don’t have to go far to see cotton 1 to 3 weeks behind where it should be, due to the water and heat stress present during June that impacted the beginning of the squaring period for most of the High Plains.”

He says a lot of farmers chose to replant cotton rather than switch to another crop after a failed first cotton planting. “The state of the markets, both for cotton and other crops, as well as pest issues, is likely the biggest drivers for sticking with cotton. Other replant options I’ve heard about include dryland corn and sorghum for crops, and sorghum-sudangrass just for ground cover. The location within the region is the biggest factor in which alternate crop option folks choose.”

Byrd says a lot of acreage will be fallowed and those fields pose challenges for weed control. “In fallow situations the options for weed control are varied, depending on the amount of inputs (money and time) the producer wants to or is willing to invest.  A good mix of herbicides and tillage would likely be the most effective way to keep weeds from taking over and leading to problems next year. At a minimum, occasional tillage passes should be considered prior to the weeds going to seed to keep the seed bank down for next year.”

Producers should consider what they plan to do with those fields next year.  “If plans are to plant cotton or any other crop in that field next year, then any steps that can prevent 2017 weeds from producing seed will lower the amount of weeds to control in 2018."

The crop has time, Byrd says. "I think the one thing that is a benefit here is that we’ve still got a long way to go in this season, so hopefully we’ll get some favorable weather for the second half."