Cotton growers are asking the question, &ldquo;Are we going to reach 70 cents?&rdquo; No one knows the answer but there are several factors that will determine which way we go. 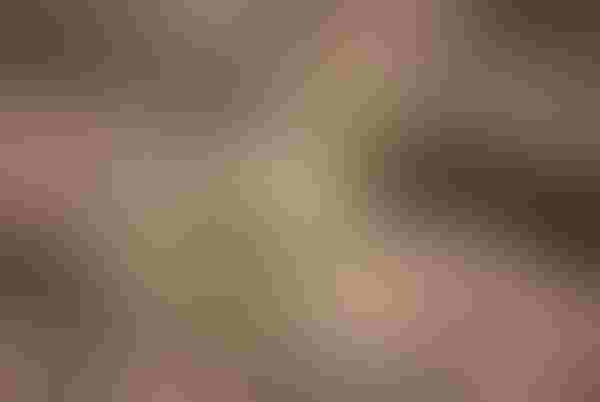 <p>Will cotton reach 70 cents? There are factors in play that could take us there. But the situation is volatile and yet unknown. Cotton production in 2015 will require patience and a clear understanding of the risks and careful evaluation of marketing tools and choices.</p>

Cotton growers are asking the question, “Are we going to reach 70 cents?” No one knows the answer but there are several factors that will determine which way we go. With the possible tightening of the trading range, a “breakout” seems ever more likely—either the uptrend in lows fails to hold or the price ceiling is finally broken.

1. Acreage. US growers said back in March they intended to planted acreage 9.55 million acres. USDA will release the first estimate of actual acreage at the end of June. There has been and continues to be reports of acreage being switched to other crops such as grain sorghum, corn, and soybeans. In major peanut states, there has also always been uncertainty about the peanuts vs. cotton (and other crops) battle for acreage due to the attractiveness of new farm bill PLC coverage on peanuts. At least one report suggests that actual acreage could be ¼ million acres less than USDA’s 9.55 million number in March.

2. Weather. Weather has also become a factor. After successive years of drought conditions, Texas currently has had too much rain. For the month of May, the High Plains area has been mostly 200 to 400% percent of normal rainfall. The Coastal Bend area has been mostly 200 to 400% of normal. In the High Plains, excessive rainfall and cool temperatures have delayed planting.

On the other hand, May has been a dry month in the Southeast where cotton-growing areas have been mostly 25 to 75% below normal. Rainfall in the Mid-South has been mixed with some areas below normal and some above normal.

For the week ending May 24th, cotton was 47% planted compared to 61% normal at that date and 35% for the previous week. While some states made substantial progress during the week ending May 24th, overall, planting is now 14 percentage points behind normal compared to 11 points behind normal as of May 17th. Seven of fifteen states are now ahead of average or only slightly behind average in planting. Several states made substantial progress during the week, especially in the Southeast. Tennessee also made progress—picking up 20 percentage points.

Delays in planting could cause intended cotton acreage to be planted to another crop. Likewise, some areas will soon approach their crop insurance final planting date deadline. If planted after the final date, coverage is reduced. If prevented from being planted, a second crop may be planted.

As we move forward, the impacts of the weather and relative prices of other crops on cotton acreage will be known. Actual acreage could be less than USDA’s March number of 9.55 million acres. The real question is whether or not the market already anticipates this and/or whether the market will react to the number if it’s smaller. Given the fact that we have record World stocks, this somewhat insulates the market from new crop events. I still believe, however, that US production and fiber quality are important enough and the market will move accordingly.

3. US Exports. USDA’s May production and supply/demand estimates pegged 2014 crop year exports at 10.7 million bales. Last week’s export report shows that exports already total 8.31 million running bales (RB) or the equivalent of 8.55 million 480-lb bales. Outstanding sales total 2.39 million RB or another 2.46 million 480-lb bales. This totals 11.01 million bales or 103% of USDA’s estimate. Should this total be realized, all other things being equal, US ending stocks carried into the 2015 crop marketing year on August 1 will be 300K bales less than currently estimated.

This may not seem like much in the grand scheme of things, but it does tighten US supplies at a time when foreign mill demand for quality US cotton has been high. Combine this lower carry-in to the 2015 crop year with perhaps even lower US acreage than currently expected and things could still get interesting before all is said and done.

US exports for the 2015 crop year are currently projected by USDA to be 10.7 million bales—the same as the current 2014 crop estimate. Given all the gloom and doom over China’s policies and lack of need for US cotton given its massive stocks, I find it somewhat encouraging to think that we could export 10.7 million bales again in 2015/16.

Among other things, market direction for the 2015 crop will depend on what actually happens. Stocks are key. What is the quality of that cotton and will Chinese mills use it? What policy and prices will result in being able to move that cotton into the pipeline rather than purchasing imports?

Will cotton reach 70 cents? There are factors in play that could take us there. But the situation is volatile and yet unknown. Cotton production in 2015 will require patience and a clear understanding of the risks and careful evaluation of marketing tools and choices.