Across the U.S. Cotton Belt, weather, yields and production varied wildly in 2022. 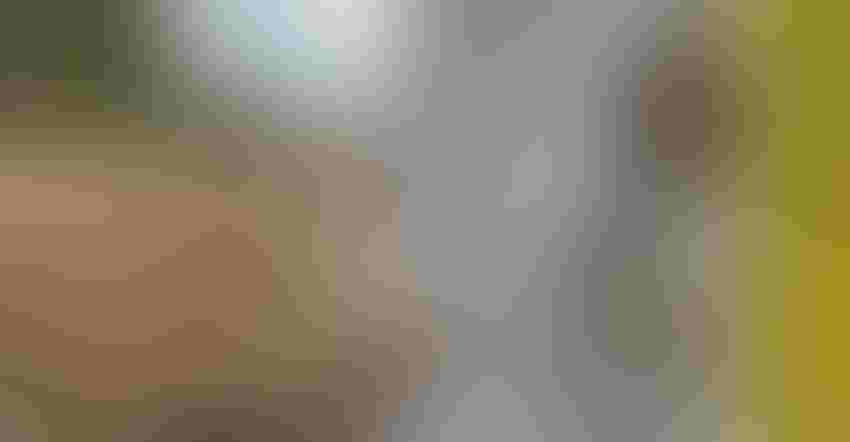 From the worst crop ever to the first time making three-bale on dryland, the 2022 U.S. cotton season was memorable.

In the Southwest, especially across the Southern Plains, 2022 was worse than the 2011 drought-ravaged crop. Texas A&M AgriLife Extension Cotton Specialist Murilo Maeda said producers in West Texas and the Southwest in general delt with historic drought.

Across the region (the Northern and Southern High Plains) farmers seeded 4.7 million cotton acres in 2022 according to the Oct. 3 FSA report. Of those, 38% and 62% were irrigated and dryland, respectively, Maeda said.

Lack of planting moisture resulted in 2.95 million acres, or about 63%, of failed cotton acres. “This represents 41% and 76% of the irrigated and dryland acres, respectively,” Maeda said.

Jackson is perplexed at the USDA cotton prospect numbers and the going price for cotton. “I don’t think Texas will be close to 3 million bales.”

“This was the only place in the state that didn’t burn up,” said Webb Wallace, executive director, Cotton and Grain Producers of the Lower Rio Grande Valley. “It was our turn to get a good crop. We started off with good moisture, and the crops came up well. We got a little dry in April until a 2-inch rain on the 26th.  Four weeks later, we got a 4-to-5-inch rain that made the grain and cotton crops.”

One more June rain would have made a bumper crop. The Valley harvested around 165,000 acres and averaged around two bales per acre, Wallace said.

He voiced concern over irrigated acreage, which was no better than dryland. Some districts were short of water and producers rationed it, he said.

Boll weevil numbers were down until late. “We only caught 140 weevils all year until August. They blew up in one field close to the river (Rio Grande),” he said.

The Boll Weevil Eradication program jumped on it. Over the last few weeks, numbers dropped to two, then three, and then zero, he said.

“We’re just getting started in Oklahoma,” Byrd said in early November. “We’ve had a challenge in many areas getting adequate defoliation, primarily due to drought stressed leaves.”

He said a record-breaking crop is not happening because of late drought. “However, I have run some quality tests on early harvested dryland samples and the quality isn’t awful.”

He said harvest ramped up in late October. “I think low yield will be common, but I hope good quality numbers will be a trend. Some pockets of pretty good cotton will show up in places, particularly some of the irrigated crop.”

“We had approximately 490,000 acres this year,” Pieralisi said. “Yields have been variable. The dry, hot summer was the biggest yield limiting factor, affecting earlier planted cotton the greatest. This was worse on dryland cotton but affected all cotton entering the reproductive stages under dry soil and hot day/nighttime temperatures.”

Then the weather changed. “A system in late August dumped heavy rainfall in many locations leading to boll rot and hard-locked bolls. This too was variable but most noticeably in areas south of Highway 82.”

Producers replanted about 15% of the acres, or far more than in a normal year. Most of West Tennessee went from the middle of June until the middle of July with no measurable rainfall. The hardest hit areas suffered 45 days without rain, he said.

A fortunate end to a difficult cotton season

Rain came in August. “For the early-planted crop, these rainfall events only helped fill bolls that were already set. For later planting dates, rains came just in time; vegetative growth stayed just ahead of reproductive growth almost through the end of August.  Although we typically consider flowers that open after the Aug. 20 to represent bolls that will likely not have time to mature and harvest, many producers continued to protect blooms into September.”

“This year has been a rollercoaster of gives and takes,” Raper said.  “Early May tricked us into believing we had an incredible opportunity to plant everything on-time; weather shifts delayed planting and forced replants. Lack of rainfall through June and July had us hoping for a 600-pound crop, but subsequent rainfall and boll retention through August pushed that number almost to 1,000 pounds.  September’s mild temperatures and the early October freezes pushed hopes back down into the 800- to 900-pound range.”

“I’m hearing about good yields in Georgia, which grows as much as the other five states combined,” he said.

Camp Hand, University of Georgia Extension cotton specialist, said, “Early stuff wasn’t as good as it should have been, but things are picking up. We still have a long way to go in some spots. Overall, harvest season has been incredible. Bluebird skies and warm temperatures made for an extremely productive cotton harvest and has contributed to good quality. Color grades are exceptional, and all other quality parameters are on par with what we normally expect.”

Growers stayed on top of diseases in 2022

Ruppenicker said some pockets across the region missed a timely rain and will not produce as well. Florida Panhandle cotton also looks good.

He said much of the Southeast missed a bullet from Hurricane Ian. Ian went into North Carolina and Virginia but caused less damage. Cotton shows promise in those areas.

He said quality is also good with grades showing a 2-cent to 3-cent premium.