Corn Illustrated: Little glitches that delay even one plant can amount to big dollars. 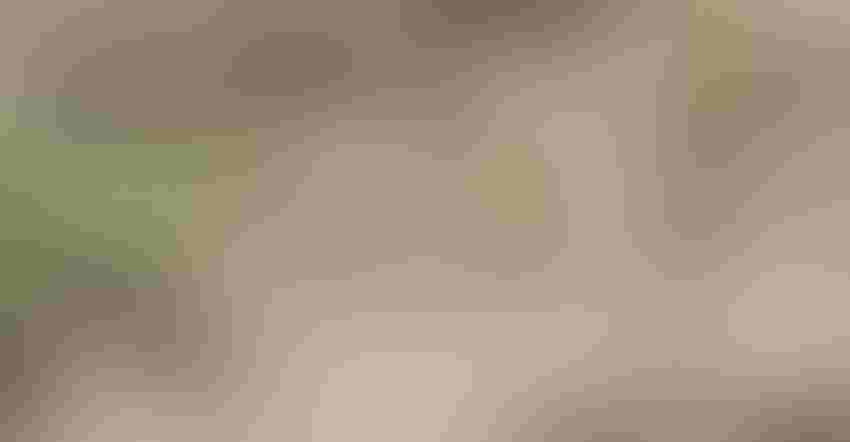 LATE EMERGER: Joe Rollin says if the smaller, middle plant is one growth stage behind, it will produce 50% of an ear. If it’s two stages behind, it likely won’t produce an ear.

Joe Rollin, a regional manager for Precision Planting, says you shouldn’t be too quick to answer. There’s an even more important question, he believes. Did all your plants emerge at the same time? If not, how late did some emerge? A day? Two days? A week?

If you have late-emerging corn plants, did you determine why? Was it related to planter performance? “I’ve challenged growers at planting clinics to mark off 1/1,000 of an acre with a tape measure and flag each plant as it comes up,” Rollin says. “Use one color flag for those that emerge the same day, and different colors for those that emerge one, two or more days later. Then follow them throughout the season, and see what kind of ears they produce.”

Precision Planting has done these types of tests, at the Precision Planting Institute at Pontiac, Ill., managed by Jason Webster, and elsewhere. But the company isn’t the only one. A farmer at one of the clinics said he’s done it too. He even followed through until harvest and hand-harvested plants. It convinced him that uniform emergence matters.

When a seedling emerges so many days late that it’s a whole growth stage behind, the impact is more obvious, Rollin says. He notes that if a late-emerging plant situated between two normal-emerging plants is a full leaf collar behind early in the season, it can result in 50% of an ear on that plant.

“We sometimes hear people say that it’s no big deal — that plant will catch up,” he says. “If you drive by at tasseling at 55 miles per hour, it may look like it caught up. But if you go look, you’ll find that those plants don’t catch up.”

If a plant emerges so late that it’s two full leaf collars behind, you’re looking at 100% loss, he says. In all likelihood, there won’t be an ear there. “The plant eats, but it doesn’t produce anything,” Rollin says.

That’s why Dave Nanda, a plant breeder by trade and director of genetics for Seed Genetics Direct, insists these plants are worse than weeds. You can take weeds out with herbicides, especially if the hybrid has a herbicide-tolerant trait, but you can’t kill corn plants that won’t produce because they’re behind.

If you lose one ear per 1/1,000 acre, that amounts to a 7-bushel-per-acre loss, based on using typical corn yield estimate formulas, Rollin says. “What counts are ears per acre, not seeds planted or even plants per acre,” he says. At $3.68-per-bushel corn, that’s a $27.63 loss per acre off the top.

Besides uniform emergence, spacing also matters, Rollin notes. Precision Planting’s data shows that if two corn plants wind up 4 inches apart, there’s a 10% yield loss compared to normal spacing. If the space is 2.5 inches, loss jumps to 20%. If the planter drops a double, you’re looking at 40% loss, and with a triple, it’s 80% loss.