After bacterial leaf streak was officially confirmed in the U.S. for the first time in 2016, researchers plan to study the disease's yield impact and epidemiology in 2017. 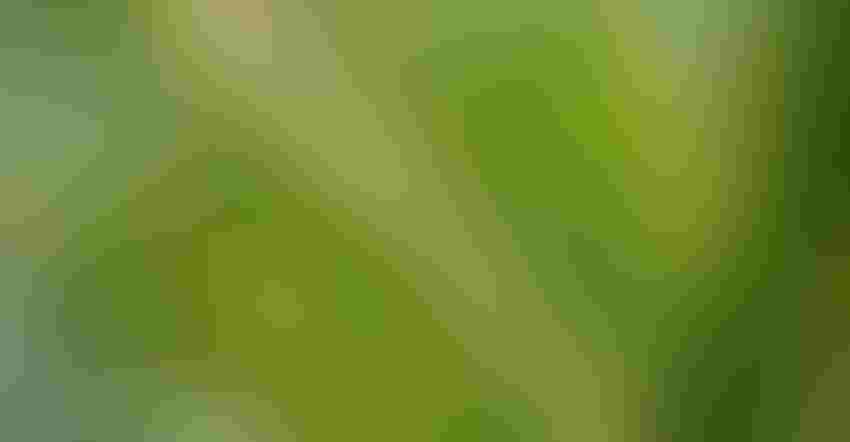 In August, a new disease was officially confirmed in U.S. cornfields — bacterial leaf streak. The first confirmation was in Nebraska, and the disease has since been reported in neighboring states, including Kansas, Colorado, Iowa, South Dakota, and as far away as Illinois and Texas.

A survey supported by the Nebraska Corn Board and conducted by Terra Hartman, graduate student at the Plant Pathology Department at the University of Nebraska-Lincoln, indicates that so far, samples with the disease have been confirmed from 51 Nebraska counties.

"We're looking at mitigation strategies to reduce severity in the field, including a number of different strategies like a combination of crop rotation or even tillage strategies," says Jackson-Ziems. This includes understanding the epidemiology of the bacteria to help manage it more effectively.

"We've started studies to figure out how much bacteria can survive in crop residue. We think the residue is the main source of inoculum for the following year," says Kirk Broders, associate professor of plant pathology at Colorado State University. "We're doing a series of experiments to figure out optimum temperatures and relative humidity for disease development. We also want to find out what the minimum and maximum infection parameters are. Once we have that, we can potentially predict when and where disease outbreaks will develop."

The ideal conditions for disease potential and strategies to prevent its spread will likely vary by location.

For example, in Kansas, BLS has been confirmed in 18 counties — all west of the Flint Hills. "The majority are in the western third of the state," says Doug Jardine, Kansas State University plant pathology professor. "That's primarily because of the nature of the disease. We're almost sure it survives on crop debris. So where you're in continuous no-till corn with overhead irrigation like we have in western Kansas, it's going to be a more favorable environment." 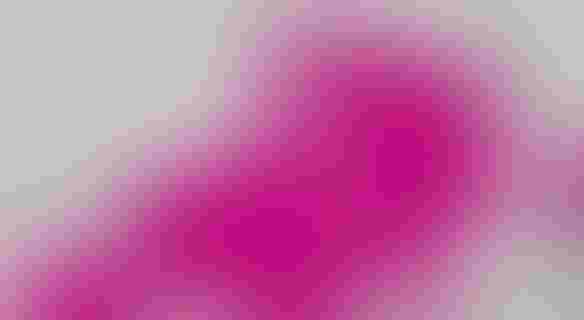 BLS IN NEBRASKA: So far, bacterial leaf streak has been confirmed in 51 counties in Nebraska. However, UNL plant pathologist Tamra Jackson-Ziems, says that doesn't mean bacterial leaf streak is widespread within each county. "Not all fields are affected in colored counties on the map, but it means a sample from at least one field tested positive,” she says. “The incidence in each county varies a lot. It's difficult to find in some of these counties, but it's common in others. And, we didn’t receive many samples from some parts of the state to know whether it's there or not, and want to continue monitoring for the disease." (Map by Terra Hartman, UNL)

However, the disease was also identified in dryland fields in a corn-soybean rotation in central Kansas, although to a lesser extent. While most of the confirmations in Colorado have been confined to irrigated corn in the northeast part of the state, rain-fed fields in Nebraska and Iowa have tested positive for BLS. One question is what the difference in severity is between rain-fed and irrigated.

Another question is whether or not the bacterium can be transmitted by seed, says Iowa State University associate professor of plant pathology Alison Robertson. "Pathogens can be carried on the outside of the seed and seed can be treated to remove these pathogens," says Robertson. "First, we need to find out if the bacterium can be carried on the seed. If so it could be introduced in new growing areas on seed and transmitted to new seedlings."

This research is being conducted by Gary Munkvold at ISU's Seed Science Center.

Alternative hosts are another factor, notes Jackson-Ziems. "We have started looking at what alternative hosts there might be, like native grasses, weeds and other crops — mostly monocots, or grassy crops," she says. "We also know volunteer corn in soybean fields has tested positive."

Previously, the disease had been discovered in corn in South Africa, and Xanthomonas vasicola pv. vasculorum, the pathogen that causes the disease, also causes gumming disease in sugarcane in a number of countries. While alternative host species have been identified in tropical regions like these, it isn't yet known what alternative hosts there might be in the U.S.

Similar to Goss's wilt, identifying which hybrids are more resistant and susceptible will likely be the best option. "We expect yield impact may vary by hybrid. There are some popcorn hybrids that are very susceptible. We want to put a number to that," says Jackson-Ziems. "We also want to work with our industry partners to help evaluate for resistance. Right now we don't have commercially available resistance in hybrids, but that would be the most effective way to manage this disease, if it exists."

Currently, one of the biggest questions is whether or not the disease has a significant yield impact. "We don't know where it came from, but it's here now, and we need to understand it and determine if it's something farmers need to be concerned about," Robertson says.