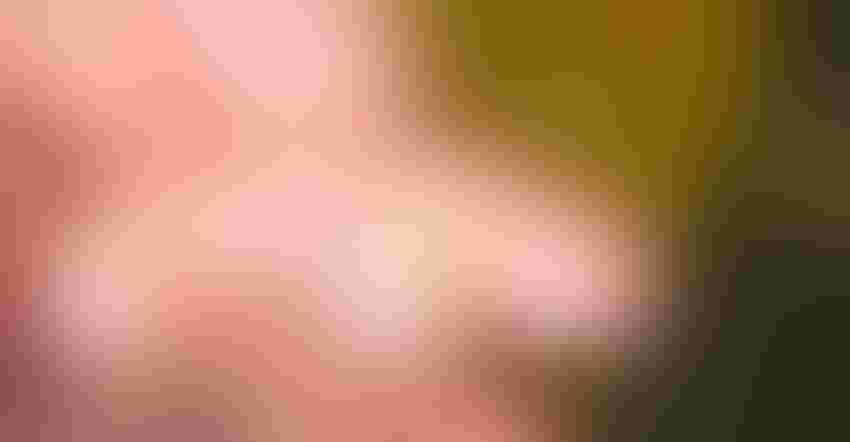 KERNELS ARE SAFE: Once the black layer forms on the tip of the kernel, it’s safe from damage by frost. The kernel’s growing season is over. Tom J. Bechman

When I closely studied plants in a cornfield in July, it was 91 degrees F at 11 a.m. Flags of different colors marked slow-emerging plants in an area marked for our studies.

One year ago, in 2021, it was like being the teacher watching late-comers arrive at school. A few ambitious kids showed up early, but it got very cold for a few days, and the other kids decided to sleep in and show up later. The corn plants were marked by different-colored flags depending on when they emerged. Some were so far behind that they either didn’t produce an ear or produced a smaller ear.

Fortunately, most of the “kids” woke up early and got to school at the same time this year. Early stands were much more uniform. However, a few here and there lagged. We are watching those late-comers now. How much will Mother Nature punish them by giving them fewer kernels?

Corn needs 50 to 60 days after pollination to reach physiological maturity, depending on relative maturity of the hybrid and temperatures. This is the payoff time for corn plants. The primary focus is fully developing kernels.

There was drought and heat during pollination. If pollination of some ovules wasn’t successful due to stress, it could result in incomplete kernel set. We have already observed some minor problems with kernel set in cornfields.

Tip kernels are the last ones fertilized and first ones aborted if there is stress during pollination and early grain fill. We have also found some ears where tip kernels aborted.

If there is severe heat, lack of moisture or disease stress during grain fill, plants may cannibalize stalks and leaves to fulfill growing needs of their progeny. Fortunately, August began with almost 1.5 inches of rain during the first six days at the cornfield we are studying. Soil moisture rebounded. That bodes well for the plants’ ability to finish kernels that are started.

Corn plants don’t like to produce runts. If stress should return during grain fill, more tip die-back could occur so remaining kernels can fully develop.

Sometimes corn plants may divert the nutrients from stalks to “feed” the kernels, their progeny. However, this can lead to premature death and susceptibility to stalk rot diseases. Scouting before harvest and deciding which fields to harvest first is a must.

At physiologic maturity, plants develop a black layer at the tip of kernels to lock in dry matter. The black layer forms as cells die. Nutrients can no longer move out of or into kernels. At this point, kernels are safe from frost. That could be a race with Mother Nature this year in late-planted cornfields.

Black layer occurs at 32% to 35% grain moisture, depending on the hybrid. Weather conditions and hybrid characteristics determine how quickly corn dries down once it reaches black layer.