A new insecticide trait will help farmers dealing with corn rootworm resistance, especially in corn on corn. But they’ll have to manage it right to avoid creating more resistance. 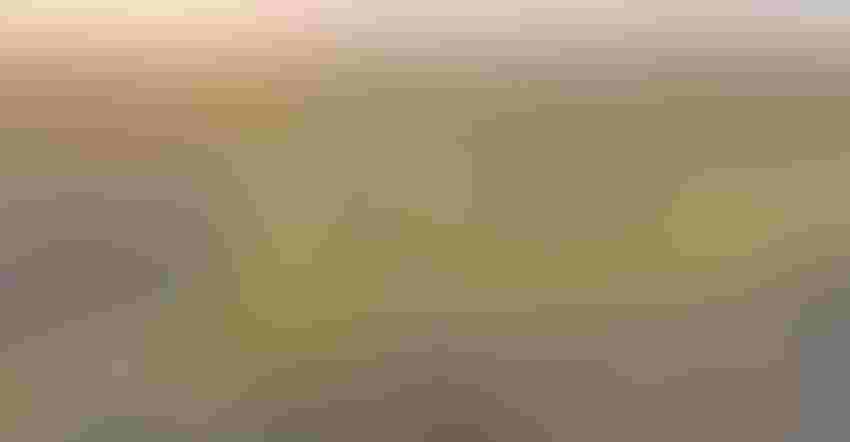 There’s a new trait mode of action hitting the market for the 2023 crop year. Bayer’s SmartStax Pro rootworm trait is officially available for widespread purchase for the 2023 planting season.

“We’re excited to have new modes of action in trait packages that are available to farmers,” says Nick Seiter, University of Illinois entomologist. “It includes a new insect protection trait that includes an RNA-interference, or RNAi, control mechanism for corn rootworm, in particular.”

SmartStax Pro is blended with 5% refuge in the bag, so refuge acres aren’t necessary. For all rootworm traits available on the market, the trait is blended in the bag. Seiter isn’t sure what seed availability will look like for the coming year, but he says SmartStax Pro will be more readily available for this coming year compared to last growing season.

“My assumption is that the release will be targeted in areas with high rootworm pressure, like Illinois, Iowa and Minnesota,” he says.

How the trait works

The SmartStax Pro trait represents the first new corn rootworm mode of action to hit the market in several years. But how does it work?

“Unlike previous traits, which worked by expressing one or more Bacillus thuringiensis (Bt) proteins that target the midgut, the new trait works through RNAi,” Seiter explains. “This means when the insect reads that double-stranded RNA, it recognizes it as foreign and silences the production of the protein that the RNA sequence codes for.”

In this case, the insect is eating a double-stranded RNA that codes for a protein that the insect naturally produces and that is essential to its growth.

“When this insect ingests this double-stranded RNA that’s expressed in the corn tissue, it ends up silencing production of its own protein — a protein that’s essential for the insect to grow and develop and ultimately survive,” Seiter says. “This, in addition to two other Bt proteins, should dramatically reduce adult rootworm survival in addition to providing a new mode of action that’s unique and doesn’t have cross resistance.”

The insect response is that the two Bt proteins act rapidly and the RNAi works slowly, usually around five days.

“Where it becomes an issue is when we have resistance to other Bt proteins,” Seiter says. “During these five days, if RNAi is the only thing that acts, it will take longer for the insect to die. That’s one of the reasons why it’s paired with Bt toxins in SmartStax.”

To preserve the durability of the SmartStax Pro rootworm trait, responsibly managing resistance is key — especially given that insects have already developed some documented resistance to the two Bt proteins the new trait is paired with.

“It’s still going to be really critical to steward these traits and make sure that we don’t lose them to resistance the way we have with some trait packages in the past,” Seiter says.

There are several Bt trait packages on the market, and all are a combination of four individual Bt proteins that target western and northern corn rootworm. Resistance at some level can be found in all four proteins in certain areas of Illinois. SmartStax Pro includes the Cry3Bb1 and Cry34/35Ab1 proteins found in SmartStax in addition to the new RNAi trait.

“What we find is that three of the proteins share a mode of action — and so where we have resistance to one, we have resistance to all three of those,” Seiter explains. “The fourth protein is Cry34/Cry35, that was initially marketed as Corteva’s Herculex protein. It’s in SmartStax and in a variety of other trait packages. Resistance to this protein also exists, but it’s less widespread in Illinois.”

And although naming each trait is complicated because the four proteins are sold in a variety of combinations with different trade names, the four Bt proteins currently on the market are:

In certain regions of Illinois, corn rootworm damage has been more devastating than in others.

“In parts of the state where we have a lot more continuous corn production, the trait packages aren’t performing well,” Seiter says. “When you get into areas like DeKalb County, Ogle County or Lee County, we’ve seen some high levels of damage from both western and northern corn rootworm.”

“The best tool that we have available to us is going to be crop rotation,” he says. “Getting soybean or some other nonhost crop into that system will help reduce those overall populations and get some control that doesn't involve additional exposure to Bt.”

Rotating traits doesn’t help, which means if farmers aren’t willing or able to rotate crops, their options for reducing exposure are limited.

Seiter says soil insecticides are still an effective option, but don’t perform as well as a Bt trait package that hasn’t been compromised by resistance. Only use insecticide where you actually have rootworm pressure, to avoid resistance. If there isn’t an economic population of rootworm, then leaving it out reduces the risk of resistance.

“You can use Bt traits with insecticide, but it’s not thought of as great resistance strategy,” Seiter says. “In cases with substantial Bt resistance, insecticide is often the only economically beneficial practice, and necessary in some situations.”