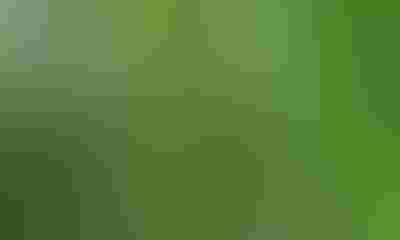 University of Missouri Extension specialists, cooperating with the Missouri Department of Agriculture, surveyed more than 200 Missouri fields, according to Patti Hosack, director of the MU Plant Diagnostic Clinic. No submitted samples tested positive for the bacterium, known as Xanthomonas vasicola pv vasculorum (Xvv).

Until recently, the disease appeared in corn in South Africa but not in the United States. The bacterium causes gumming disease in sugarcane in other countries.

In 2014, symptoms showed in corn samples submitted to the University of Nebraska-Lincoln Plant and Pest Diagnostic Clinic. Over the past two years, the clinic received many more samples. Symptoms look like those caused by the fungal disease gray leaf spot. Foliar fungicides do not control it.

It initially appears as narrow stripes between the leaf veins. Symptoms resemble other common diseases and can result in misdiagnoses. Lesions are brown, orange and/or yellow with wavy edges.

USDA says the disease presents no health risk to people or animals. As of now, it is not known to be seedborne, Hosack says.

The disease’s impact on yield is unknown, as is the host range of the pathogen, Hosack says. Crop rotation and sanitation practices such as cleaning debris from farm equipment may slow its spread.

MU Extension corn specialist Greg Luce says Missouri farmers’ practice of corn-soybean rotation may reduce incidence of the disease. Although this is a new pathogen to the Midwest, crop rotation and good residue management provide protection from similar diseases, he says.

USDA delayed confirmation of the disease because of the lack of research and limited data. Advanced testing procedures on the bacteria at multiple institutions confirmed its identity.

If you suspect disease in your fields, submit a sample to the MU Plant Diagnostic Clinic, 28 Mumford Hall, Columbia, MO 65211. Include six to 10 leaves in the sample. Wrap leaves in a dry paper towel and put them in an envelope. Ship priority or drive to the clinic. Go to plantclinic.missouri.edu for more information.