Efforts to distribute PPE and offer additional testing aiding in efforts to quickly get plants back on line. 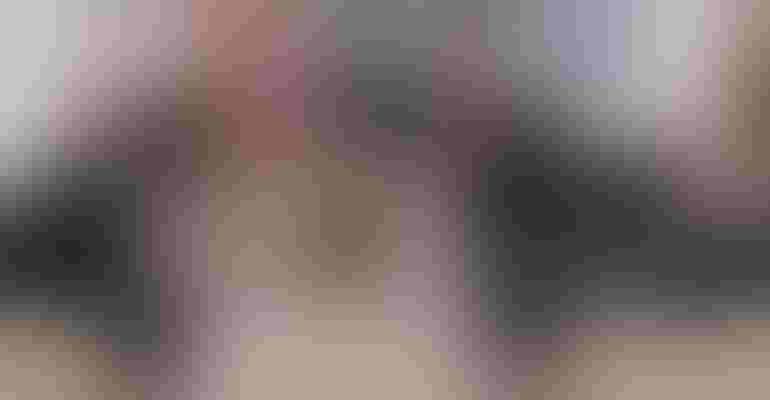 When President Donald Trump executed an Executive Order on April 28 to keep meat plants running, he was criticized for putting workers’ health at risk for the sake of protecting big companies, but the reality has been a welcomed uniformity in working with state and local leaders to control and test for COVID-19, with the goal to get plants operational as soon as possible while still ensuring worker safety and keeping the food supply chain rolling.

While speaking at the White House during a meeting Wednesday with Iowa Gov. Kim Reynolds, Trump and Agriculture Secretary Sonny Perdu touted the state and local cooperative efforts to get the many meat plants that were closed back up and running, even if only at partial capacity.

Perdue said the Executive Order empowered governors with meat processing plants in their states to properly deploy resources and help get the meat supply chain back on line. Iowa has tested one in 50 residents and was able to maintain a lot of its plants at reduced capacity while it did testing.

“Iowa, with Gov. Reynolds’s leadership, has been a success story because whether it be the mitigation efforts, social distancing efforts and now rolling out testing at a record pace in the state, Iowa has stayed in front of this effort and really represented some of the very best state responses across the Heartland,” Trump said.

Vice President Mike Pence, who is leading the coronavirus task force, said, “Thanks to the President’s decision to use the Defense Production Act, we now have uniformity, and the objective is to work every day to keep those meat processing plants open, and the ones that were coming down are going back on line.”

According to the National Pork Board’s map update of pork plant shutdowns and closures, 14 pork processing plants are located in Iowa, and all but one – Tyson Foods’ Waterloo, Iowa, plant – is running at partial capacity. Reynolds said she expected the Waterloo plant to reopen by Thursday.

Reynolds said Trump's order “maybe prevented what could have been a really serious situation.”

Perdue stated that he believes that all of the plants that closed will be back open in the next week to 10 days, even if only at reduced capacity.

Reynolds reiterated that the state has combined many efforts, including the COVID-19 testing, providing personal protective equipment (PPE), restructuring inside the facilities to incorporate social distance where possible, putting in shields where they can, looking at the lines and separating the shifts -- all of which helped in the efforts to keep supply chains open and workers safe.

Advocates for these workers say they’re not being protected. However, Pence noted that whenever there is an outbreak at a plant, CDC deploys a team on the ground.

“We also worked with the governor and other governors around the country to deploy personal protective equipment to allow the workforce to safely return once testing is done. In most of these meat processing plants, we end up testing everyone in the facility, and the people that are healthy are able to return with new countermeasures and new protection, new face masks or gloves, as the case may be,” Pence said.

Reynolds thanked the Administration for what it has done to make sure companies have adequate PPE to protect their employees.

In reiterating Perdue’s goals, Pence noted, “Our objective is two equal goals. Number one is the safety and health of the workforce in our meat processing plants and to ensure the strength of the food supply by getting people back to work and keeping the plants open.”

Reynolds said an important component of working with the processing companies is providing their workers with the confidence to go back into the facility knowing that they either had tested positive and recovered, or they were on a shift with other employees who had tested negative.

“It’s a partnership. We’re all working together to make sure that we’re providing them the confidence of a safe environment, but at the same time, we’re making sure that the food supply chain is moving and that the country is being fed,” she added.

At the end of the day, that’s what producers and consumers need.