A miserable job, and a goal to make things better brought new opportunity. And the author wants to give back. 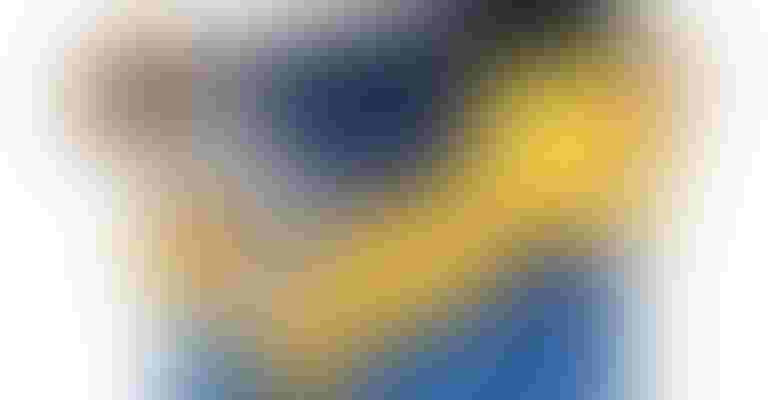 We all have special dates in our lives we look back on. We all have several moments in our past that were a monumental turning point in our lives putting us on a different trajectory, or even defined us. The first full week of January marks one of those for me. It was the week I started at a miserable job that tried to suck the life out of me, but now I look back on it as the “best, worst job I ever had”. My first day there was 25 years ago

When I took that job, I didn’t feel good about it. There was a certain stereotype that came with it, and I really felt it was beneath me. It didn’t take long before I started feeling strong negative emotions towards that place. I was still riding bulls at the time and on a good weekend I made more money doing that than I did in a pay period at the job.

A typical day for me at that place went like this. I showed up late, argued with my boss, and then I slipped out the door early to go to a jackpot or rodeo. Every time that time clock scratched across that card with my name on it, I felt like a piece of my soul died.

I felt like I needed to figure a few things out before I quit, so I did stay on and work there for several more months before quitting.

Believe me when I tell you that I still can easily recall how miserable it felt working there, and how incredibly awesome it felt to quit.

That feeling of awesomeness if the whole point of this week’s post. I want other people to have that same feeling so I am celebrating this anniversary the best way I could think of. Sometimes people can’t attend one of my marketing schools because they can’t get time away from their job. The only other way to truly learn sell/buy marketing is from one of Ann Barnhardt’s cattle marketing DVD sets. Ann was my teacher, and because of what she taught me I have been able to keep that promise I made to myself and not go back to a miserable job.

So, I am sponsoring one of Ann’s DVDs to be given away to one lucky winner!

Email your nominations to [email protected]

In the subject line of your email write: DVD Contest Nomination

In the email provide the Name and Location of your nominee

Entries open today and will close on January 31.

The winner will be announced on this blog on February 3.

This will be a random drawing of names. The winner will be contacted to confirm their shipping address.

With Ann’s cooperation and BEEF Magazine we are giving someone the opportunity to gain the knowledge of how to earn enough money with cattle to quit that miserable job. Some lucky winner will get their eyes opened to how great the cattle business really is.

I ask my readers to please share this on your social media, and to nominate someone.

I would not be raising cattle as my full-time occupation if it were not for what Ann taught me, so this is a big deal. The moment this DVD is in the winner’s hands could be the moment their life takes a new trajectory.

Opportunity in the market

This week markets acted as I expected them to. Demand for lighter weight calves picked up, and the demand for heavier feeders remained strong. The other thing typical following the holidays is the Value of Gain was erratic.

This is not a bad thing as many people would suggest. The more a market moves the easier we can make prosperous trades. When I calculate the VOG from four weights to nine weights the VOG is not all that forgiving, meaning the folks that have managed to keep their Cost of Gain down are still ok but those with the higher COG won’t be making those kinds of trades.

However, the backgrounders with high COG still have an abundance of opportunity to prosper doing other feeder to feeder trades, they will just have to narrow the weight classes a bit. The feed yards that have managed to keep their COG on the lower side have the ability to replace with top-end groups of heavy feeder steers. It’s just that replacing with those squeezes the margin a bit to more than most of would like. Good thing there are other cattle in the offerings that would be more suitable to replace with. The point I am trying to make is there is opportunity to prosper right now.

The bell ringers were the replacement quality, OVC heifers. Some of those dolls got a $20 premium! That is a signal if there ever was one. The “good times to come” we’ve been hearing about certainly manifested for the people that sold those heifers.

Some people may be complaining about the snow or the mud. Thing is that precipitation gave the markets a boost this week.

Get your nominations in, and also a reminder I have a marketing school coming up at the end of February. This next school is generating a ton of interest so get registered soon.