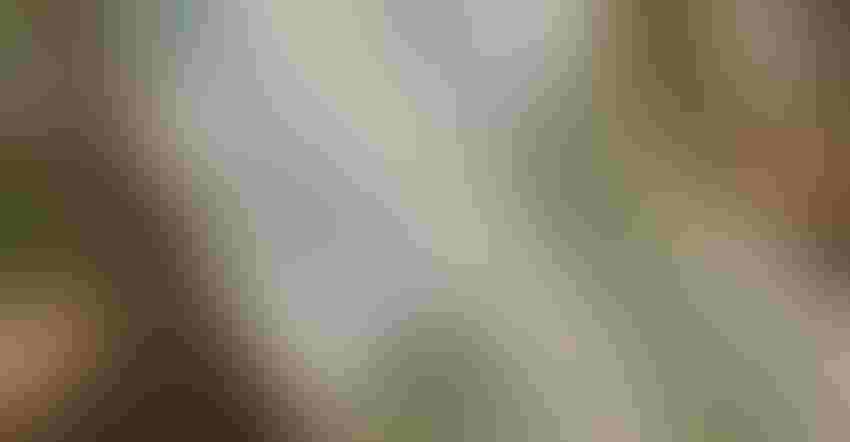 In 2015, tar spot was first found in Indiana, and since then, the foliar disease has shown a cyclical pattern. The corn disease has reared its ugly head in varying degrees every year since, leaving farmers and agronomists with more questions than answers about tar spot.

Fungicide helps, and so do scouting and rotation.

Related: Why corn diseases are getting worse

“I think host resistance is going to be a major part of how we manage tar spot in the long run,” Jamann says. “Farmers are already buying seed. So, if they can buy varieties already resistant [to tar spot] and not have a problem or not have to apply fungicides, then that’s a fantastic management option.”

That’s why Jamann and Sarah Lipps, U of I graduate student, have conducted research involving host resistance and environment to help farmers better manage tar spot.

The research included 25 corn lines from USDA’s Germplasm Enhancement of Maize (GEM) project. The lines were placed in nine locations across four states, Lipps says. Then, the team screened the corn lines for tar spot and analyzed the level of disease across those environments.

What did they find in the end? Overall, corn lines resisted tar spot differently across the various locations. This shows environment plays a role in disease development, Lipps says. Plus, this research shows environment can cause tar spot to be cyclic or be more substantial one year and not the next.

Beyond this, Lipps says the team was able to accomplish the ultimate goal of the project.

“We were able to identify two lines that showed consistent levels of resistance to tar spot across multiple environments where there was sufficient disease pressure,” she says. This means these breeding lines are candidates for future work and, hopefully, development of lines resistant to tar spot to be used by farmers.

The two lines that showed steady resistance to tar spot regardless of environment are from germplasm from Cuba and Brazil known as GEMS-0066 and GEMS-0226.

The key here is these findings could mean more management resources for farmers and agronomic companies against tar spot, Lipps says.

“Companies can pick up the lines we screened and use those in their breeding program,” Jamann says. “I would love to see companies put in their seed catalogs just how susceptible varieties are to tar spot and other diseases, which goes toward that long-term strategy of managing tar spot through host resistance.”

But even with the development of tar spot-resistant hybrids, growers shouldn’t rely on that technology only, Jamann says. Other management tools such as fungicide and scouting will continue to be helpful in case host resistance doesn’t work for one reason or another.

And research on resistance to tar spot continues.

For a disease outbreak to occur, the host, environment and pathogen must work together, creating a disease triangle, Jamann says. Jamann and Lipps have worked to explore the host and environment portions while other scientists have ongoing work with the pathogen as the focus.

Lipps explains how the pathogen can be difficult to study since it is an obligate biotrophic. This means the fungus needs a living host to cause disease. So, researchers have a difficult time mimicking the environment in a lab setting.