Top priority: Scout for black cutworm feeding this week and until corn plants reach stage V4. Plus, know your options if you face plant injury from the insect. 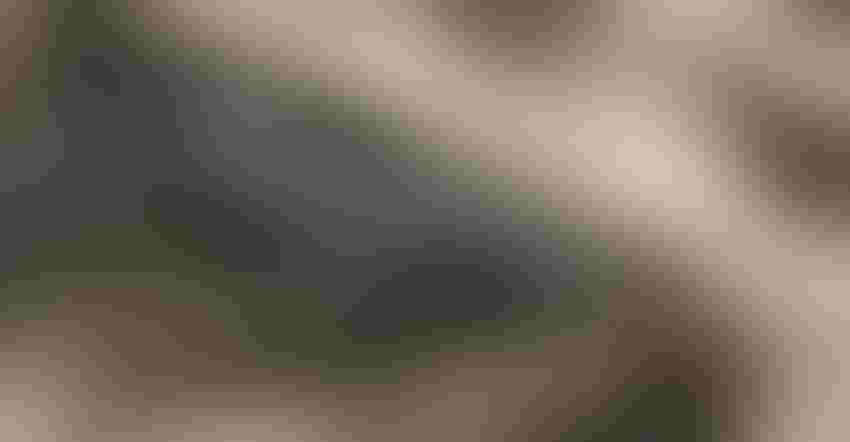 Illinois farmers don’t need to be reminded of the delayed planting season, but as corn plants finally emerge across the state, it’s vital to know that now is prime time for black cutworm feeding and potential injury.

Why? Kelly Estes, University of Illinois agricultural pest survey coordinator, says the insects have migrated from the south during the spring. And injury is more likely in corn at stages of one- to four-leaf development — so right about now for Illinois farmers.

In fact, her team projects Illinois farmers will start seeing black cutworm cutting this week, if they haven’t already. Estes spearheads the U of I Moth Trapping Network, part of a multi-state project, which works with participating farmers across the state to identify the number of black cutworm moths in traps set in their fields from April 1 to May 31.

She says this program requires individuals to check traps at least every other day and report the number of moths trapped each time. When a moth trap shows the significant number of eight or more moths in a two-night span, then Estes and others can project when black cutworm cutting will begin throughout Illinois. Temperature predictions also play a role in cutting projection dates.

“Our later planting season this year gives us smaller plants for an extended time [of the migratory season],” she says. Typically, corn plants are bigger than V4 stage during this prime time of black cutworm feeding at the end of May and early June. Thus, there’s less injury from black cutworm feeding.

So, Estes says if you haven’t started scouting for black cutworm, go check your fields now.

“Initial feeding occurs when small larvae feed on plants, and you’ll see small, irregular holes in the leaves. As the larvae begin to grow, they will actually turn more to cutting a plant,” Estes says. At that point, you could look down a corn row and see several plants missing.

Black cutworm larvae feed at night, she adds. You’ll need to use a knife to move through any debris to find the insects during the day. If you have moist soil, black cutworms can be more toward the top, but if the soil is drier, you may have to dig further to find them.

If you see black cutworms, know how to react.

Estes says rescue treatments are an option if black cutworm injures 3% to 5% of plants in a field. Farmers may not need to make this application to an entire field — spot treatments could do the trick.

On the flip side, she says if black cutworms are bigger, or appear to be later instar larvae, they have fewer days left to feed and are near the end of the cutting time frame. In this instance, some farmers just wait until the feeding is done and replant over those hot spots instead of applying a treatment.

Yes, Estes says farmers may see black cutworm in midsummer, but remember, once corn plants are taller than V4, they are less at risk for injury from the insects. Long story short, stay alert now and relax later. And if you have any questions about black cutworm, contact Estes or Nick Seiter, U of I field crops entomologist.