&bull; There is a 34 percent under-capacity of soybean storage in Brazil, and the situation is aggravated by the rapidly increasing production of second-crop maize. 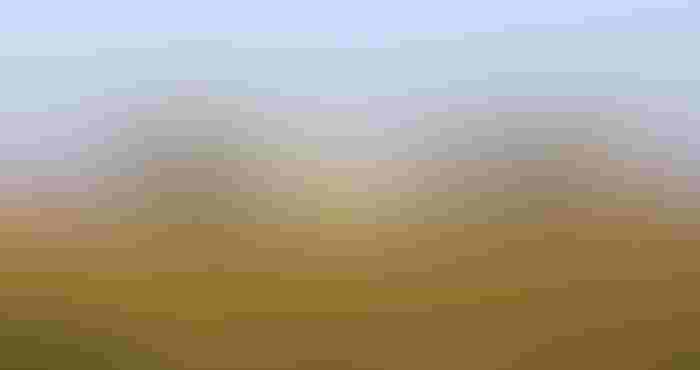 Tropical climates that allow for year-round farming would seem to be a tremendous economic advantage, but for corn and soybean farmers in the Brazilian state of Mato Grosso it also poses a problem — an abundance of grain followed by about a 10 percent post-harvest loss, partially due to a lack of storage.

“There is a 34 percent under-capacity of soybean storage, and the situation is aggravated by the rapidly increasing production of second-crop maize,” said University of Illinois Agricultural Economist Peter Goldsmith.

“The worst situation occurs in northern Mato Grosso with a simulation of a full-maize second crop. The potential to succession crop is great and current levels of storage are low. There is clear evidence of a shortage of storage, particularly private and cooperative, as grain production rises in the state,” he said.

Goldsmith conducted the research project, which was the first to employ Geographic Information System (GIS) software to map the coordinates of commercial, cooperative and private grain storage facilities in Mato Grosso.

“We created GIS coordinates for every facility, mapped them, and then overlaid how much the production there currently is and how much production there would be if farmers were to produce and store a second corn crop on 100 percent of the bean crop, in order to find the areas that had the most congestion and the least congestion,” Goldsmith said.

“One region in the northern part of the state is about 6.9 million metric tons under capacity,” Goldsmith said.

“That’s 270 million bushels. If a typical grain bin holds about 50,000 bushels, that’s equivalent to 5,420 50,000-bushel grain bins. The area south of that in Lucas is five million metric tons under capacity.

“Of course, the actual under-capacity situation may be less because it assumes double-crop production on every acre. It would be highly unlikely that every acre would be farmed for soybean, maize, and a safrinha, or ‘little crop.’

“Alternatively, though, maize yields are less than half that commonly found in the Midwestern United States, so there is a significant up side to the size of the maize crop.’”

“The state of Mato Grosso, where I’ve been working for the past dozen years, is the largest state producing soybeans in the world,” Goldsmith said.

“It produces 38 percent of Brazil’s soybeans and an increasingly greater percentage of corn. It’s also the No. 1 state in Brazil for rice, cattle, and cotton. Over my years of involvement, I have seen it change from being an emergent agro-industrial complex state to a state that is now a global leader.”

Goldsmith said that the project was funded by the Archer Daniels Midland (ADM) Institute for the Prevention of Postharvest Loss at the University of Illinois, which researches many different aspects of postharvest loss in developing countries, in addition to storage.

“Losses occur in three areas — grain that’s left standing in the field after a harvest, during the short-haul when grain falls off of the truck in transportation from the field to either storage or commercial sale; and loss of private storage,” he said.

“Short-haul loss is fairly trivial in the United States, but it is significant in developing countries where there is no infrastructure, no paved roads. And the roads that are paved are full of potholes and in very poor condition. Commercial trucks used for hauling grain are not in the best shape, so there’s a 3 percent loss of grain that falls off the truck.”

The nature of non-stop, year-round farming in the tropics contributes to the loss.

“Farmers have to harvest soybeans during the rainy season, because if they wait until the end of the rainy season to plant corn, the corn won’t get pollinated due to the onset of the dry season,” he said.

“There are also significant quality and direct-gain/loss issues due to harvesting at very high-moisture levels. And the urgency brought on by the seasonal timing makes harvesting go very fast.

“Speed is important because you’ve got to get the beans out to get the corn in. A farmer might sacrifice soybeans to get the corn planted. And the equipment is in constant demand and kept far from the farmstead so the combines and trucks don’t get maintained properly.”

Goldsmith said that tropical regions of the globe will be producing more and more of the world’s food so helping farmers in developing countries such as Brazil to create more efficient harvesting, transporting, and storage is a step toward ensuring that there will be enough grain to feed and fuel the world.

“This is where the available ground is located,” Goldsmith said. “It’s been difficult to know how to farm it in the past. The low organic matter and highly acidic soils that are under significant pest pressure make it a difficult area to produce crops, but the Brazilians figured out how to do it and do it very well.

“They are part of the global market at the frontier of agricultural production systems,” he said.

“Places like Mato Grosso are at the margin where the food gap can be closed. In most temperate regions of the world, grain productivity is already high so increasing output to meet rising demand is more incremental. The big changes are happening in the low latitude regions of South America and Africa.

“As a scientifically relevant university, we need to understand the tremendous changes under way in the global agribusiness scene, which currently happens to be in western Brazil.

“Mapping private, commercial, and cooperative storage in Mato Grosso” was co-authored by João Antonio Vilela Medeiros and published in Portuguese in a 2013 issue of The Soybean Research Journal.