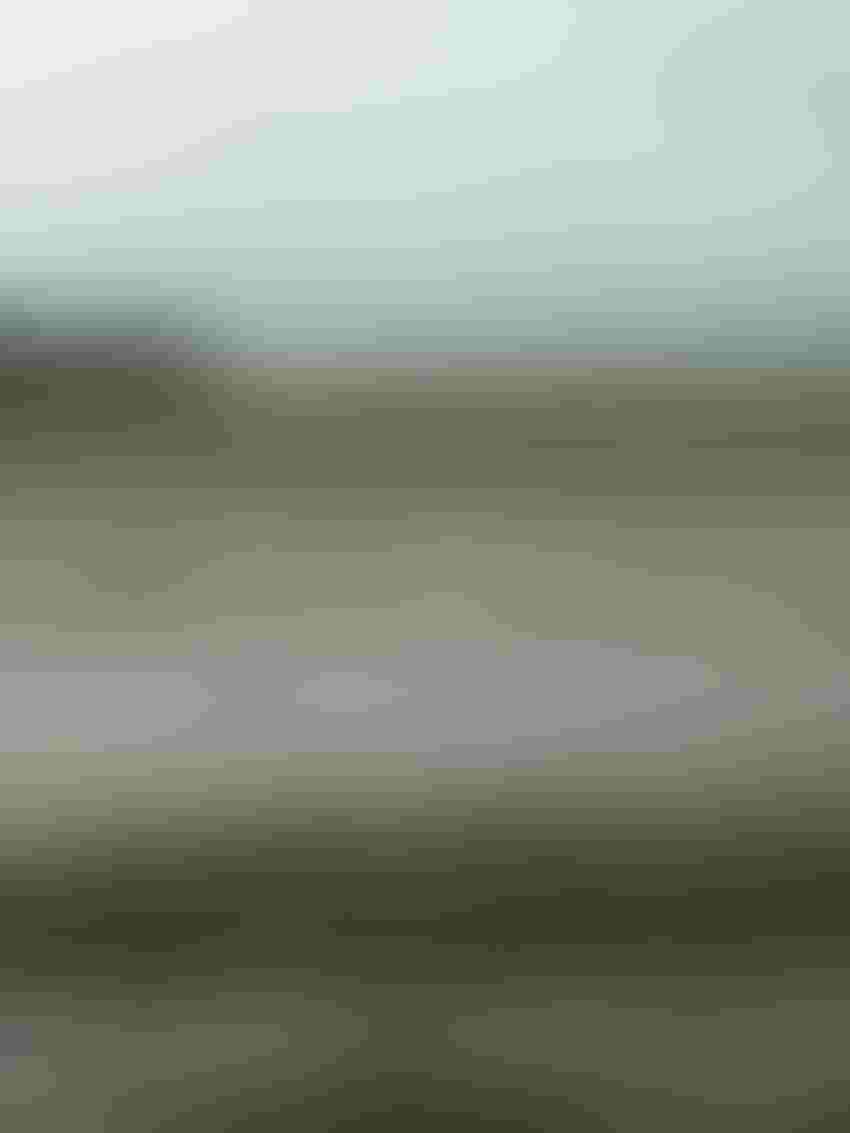 The Texas adage: “If you don’t like the weather, just wait a few minutes -- it will change,” is becoming more accurate than most would like to admit and can wreak havoc on agriculture producers.

Weather extremes have dominated Texas in recent years. 2011 was one of the hottest, driest years on record, while 2015 was one of the wettest, with some temperature extremes mixed in.

In June 2015 torrential rains from Tropical Storm Bill brought downpours in central Texas in excess of 10 inches across already saturated soil, resulting in severe erosion in many locations. In some cases, deep gullies creased once-smooth fields, and gushing water carried topsoil and nutrients down bar ditches into swollen creeks and rivers.

To lose even one inch of topsoil, the most valuable and fertile soil in a field, is a substantial loss for farmers. A layer of soil the thickness of a dime on one acre weighs five tons. Many fields across Texas had a quarter inch or greater of topsoil lost, which would equate to hundreds of tons of fertile, nutrient rich soil relocated to less productive places.

Ellis and Hill County farmer Todd Lynn Kimbrell received over a foot of rain across his fields from Tropical Storm Bill. He had already received historical rainfall of over 20 inches in the month of May. The rains delayed wheat harvest and in some cases ruined his wheat crop. He had already planted most of his land in corn and had a good stand when the floods came.

“It just kept raining and raining,” Kimbrell said. “I couldn’t even keep up with the rain gauges it rained so much.”

THE DIFFERENCE IS CLEAR

As Kimbrell drove around checking on his crops during the rain storm, he was rerouted several times due to water over the road, and fields that had washed out and left mud and debris covering the roads to the point they were impassable.

Kimbrell began to notice something: despite heavy rainfall, his fields were not eroding and the water coming off of them was actually clear.

“It was really amazing to see,” Kimbrell says. “Water was sheeting off the conventionally tilled field just across the road, and gullies were developing with muddy water literally taking the field downstream. But my fields were holding the water and slowly releasing it in clear trickles into the bar ditch.”

The difference? Four years ago Kimbrell changed to a no-till system with cover crop rotation. While he hasn’t yet convinced his Hill County landlord to allow him to switch to a no-till system, his Ellis County fields have not had bare soil exposure in over four years. The conventional farmer across the road who experienced severe erosion plows his field bare multiple times every year, exposing the soil to the elements.

For four years Kimbrell has had healthy plant roots growing in his no-till fields that created pathways for water to infiltrate deep into the soil.  As that plant’s life is exhausted and new crops are planted, the roots from the dying plants feed the soil organic matter and healthy microbes that serve to naturally nourish the current crop.

Kimbrell works with experts from the USDA Natural Resources Conservation Service (NRCS) to regularly conduct soil tests on his fields to determine the best types of cover crops to plant to complement existing soil properties. For example, if the soil has too much nitrogen, crops can be planted to use up that nitrogen and deposit more phosphorous, creating ideal growing conditions for the planned cash crop, which is typically corn, milo, sunflowers or wheat for Kimbrell.

“I read and studied the pros and cons of no-till a long time before I made the decision to try it,” Kimbrell says. “Soil health and organic matter were my main goals, both lead to better yields, which means more product to sell. It also means less labor and about half as much fuel use, all of which help my bottom line.”

When Kimbrell first switched to no-till farming, he was expecting a significant drop in production.

“Switching from conventional tillage to no-till is like hitting the reset button and starting over from ground zero,” says NRCS Agronomist Nathan Haile. “It is definitely not an overnight transition and landowners need to understand that going into it.

Haile has worked with Kimbrell extensively on his no-till fields and selection of cover crops. The more they have worked together, the more they have each learned to help Kimbrell refine his system for greater success.

Kimbrell didn’t see the drop he expected in corn or wheat yields and even saw an increase in sunflower production. He credits the impressive yields to the no-till system’s ability to retain moisture in the fields, along with efficient use of cover crops for reducing the stress of drought on his cash crops.

In 2011 Kimbrell participated in the NRCS’ National Water Quality Initiative through the Environmental Quality Incentives Program (EQIP), which provided assistance to change his farming practices from conventional tillage to no-till. His tractors are equipped with GPS tools and computer apps on his iPad mounted in the cab for precision planting and little-to-no wasted seed or extra trips across the field.

Working to balance soil conditions naturally with cover crops greatly reduces the need to apply chemical fertilizer to the fields. The constant cover protection over the fields also helps retain moisture and regulates soil temperatures, which is especially valuable in times of drought and excessive heat.

The skies over Kimbrell’s farmland dried up last summer, and temperatures soared over 100 degrees for weeks at a time during corn and sunflower harvests in August. When hard, deep cracks formed in the Houston Black Clay soil on his neighbor’s fields, his soil remained mellow and porous with more moisture content than surrounding fields.

Then in October, before he could get his wheat in, Hurricane Patricia brought extra moisture and instability to Texas, with Hill and Ellis Counties among the hardest hit areas. Kimbrell received over a foot of rain from the storm, flooding his fields yet again.

“2015 could be summed up like this: ‘The wettest year on record with a drought right in the middle,’” Kimbrell says.

“No-till systems can be rewarding during times of drought because it retains moisture so well,” Haile says. “But during wet years, it can be very challenging, especially during harvest times.

“This was definitely a challenging year,” Haile continues. “But no-till isn’t about putting a crop in from year to year, it’s about putting in a system that will work over the long haul. This is a long term solution, not a short term gain. And Todd understands that. He has had crops that failed, which is a short term loss, but then that crop decomposed into the soil and the next crop was a gangbuster.”

As far as his 2015 crop production, Kimbrell says, “It was not a great year for corn; less than average because of all the rain. And it was too wet for much of a sunflower harvest. But considering weather extremes it wasn’t as bad as it could have been.”

“Conservation practices such as conservation tillage, crop rotation, and cover crops can work very well and their benefits are especially evident during the weather extremes,” Haile explains.  “Temperatures and moisture are unpredictable, but these practices help build resilience into cropland and prepare it as best as possible for the extremes.”

Kimbrell’s Ellis County fields were too wet in the fall to plant wheat or any other crop. But the good news is, plant residue from his corn and sunflower crops are still holding the soil in place. Even though a crop couldn’t be planted, the plants from the previous crop will continue to break down and feed the biology in the soil, creating usable nutrients for the next crop.

“It is just really tough right now,” he says. “Prices are down, it’s too wet to plant—it’s just tough. We are all hoping for a better year next year. It’s like I told a farming buddy of mine awhile back who is also in his mid-30s: ‘It took my grandpa a lifetime to see the weather extremes of the driest and wettest years on record – we’ve seen it in just the last four years!’ And I do hope I have seen both ends of the extremes and we can be somewhere in the middle from here on out.”

In the event that wild weather swings do become the new normal, instead of the exception, Kimbrell feels like his no-till, cover crop system has him better prepared for weather extremes of the future.