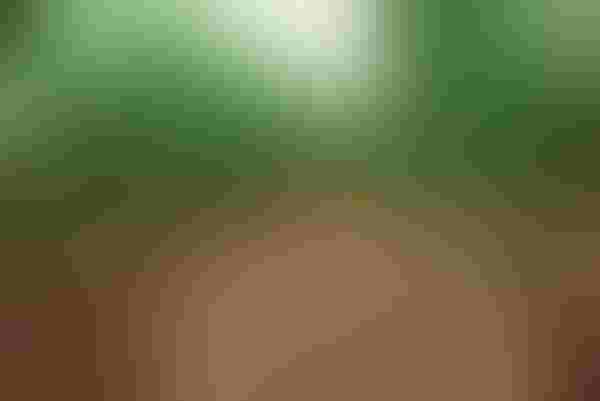 For Gene Steiger, “awesome” barely describes how he felt watching his yield monitor top 300 bushels per acre on his 2013 no-till NCGA corn yield-contest plot. “When you are picking that, after trying for so many years, you smile from ear to ear,” adds Steiger, who farms near Bloomington, Wis.

Mike Scholting, Louisville, Neb., who won the 2011 Class A No-Till/Strip-Till Non-Irrigated Division with 293.6 bushels per acre, yielded 275 in 2013 because of late-season dry weather.

That includes a hybrid selected for Steiger’s soil types, a beefed-up fertility program with micronutrients, humic acids and plant-growth regulators, plus extra insect and disease protection. In 2013, his winning hybrid – Dekalb DKC63-33RIB – was planted at 42,000-44,000 seeds per acre, about 4,000 higher than non-contest fields.

Steiger’s contest plots are rotated from soybeans, grid soil sampled, limed as needed and fertilized for a 325-bushel yield goal. P and K (110 pounds per acre and 130 pounds per acre, respectively) are split-applied in the fall and spring. Nitrogen applications total about 280 pounds per acre, with the majority split-applied as stabilized urea ammonium nitrate in early spring, with a second UAN application ahead of the planter. Planter applications include a 9-18-8 starter with added sulfur, zinc, humic acids and trace elements, plus a liquid soil insecticide.

At about the fifth-leaf stage, Steiger’s tissue samples evaluate the crop’s nutrient status. Based on results, he follows with a mix that includes a postemergence herbicide, a fungicide, a growth regulator, zinc, manganese and boron. At tasseling, plots are treated again with a fungicide and micronutrients.

“The thing I can’t emphasize enough is a balanced fertility program of nitrogen, phosphorus and potassium, plus micronutrients,” says Steiger.

Although the rest of his corn isn’t pampered as much as contest plots, micronutrients and fungicides are applied on most corn acres, based on past contest plot performance. “These practices are worth an extra 25-30 bushels per acre,” he says.

Like a lot of yield-contest participants, Bob Little goes slowly when he plants contest corn, which is planted on his best river-bottom sandy loam soils following soybeans, and harvested early.

“I get my best dry yield from corn that is harvested at 21% or a little bit higher,” says Little, a Pioneer seed dealer. “The higher yield is more than enough to pay for the drying and shrink.”

Little chooses a hybrid that stands up to higher populations. He planted this year’s winner, Pioneer P1360HR, at a 41,000 population, about 2,000 higher than normal. Yield-contest plots receive 280-310 pounds of nitrogen per acre, about 80 pounds more than normal. About 45 pounds is applied with a preemerge herbicide, followed by 24 pounds as a starter, which includes 64 pounds of phosphorus and 18 pounds of potassium. Anhydrous ammonia, which he prefers for river-bottom ground, is sidedressed at 200-240 units per acre at V4.

Except for postemergence weed control, Little’s final management tweaks are limited to two fungicide applications mixed with a biological to reduce crop stress. The first application goes on 10 days before tasseling, followed by an application a week to 10 days after tasseling.

A lot of nitrogen

A dry end to the wet start of the 2013 growing season left Mike Scholting’s corn-yield contest plot out of the running for awards. For 2014, he plans to return to the same field where he’s planted contest entries for more than 20 years. “In 2014 we have high hopes we will reach 300,” says Scholting.

He’s farmed his silty clay loam contest field for almost 40 years. The Platte River-bottom ground slopes gently away from the river. In a dry spring, he plants the contest plot on the flat lower reaches. “It’s not all that far from the water table, which helps later in the season,” says Scholting.

In wet springs, the plot is planted higher up, for better drainage and a fast start, but with less access to the high water table. The field has been in corn for years – except for the area set aside for the contest the following year, planted soybeans.

In addition to being rotated with soybeans, the contest section of the field gets a boost from multiple nitrogen applications above and beyond his normal program. “In 2013 I upped it to 350-375 pounds per acre,” says Scholting.

That included a fall anhydrous-ammonia application of 240 pounds per acre. At planting, 6 gallons per acre of a 10-34-0 plus zinc and sulfur was applied as a popup, followed by 110-120 pounds of sidedressed nitrogen. He also spring-applied 150-180 pounds of phosphorus. High soil test potassium levels preclude supplemental applications.

Scholting, whose wife Kimberly is a Pioneer dealer, planted Pioneer P1498HR, a non-rootworm hybrid, at 32,000 seeds per acre, about 4,000 seeds higher than normal. A liquid soil insecticide was applied at planting, followed by two late-season fungicide treatments. “Based on what I saw this year, we’ll treat everything with fungicides next year,” he says.

Steiger, whose Wisconsin farm is two-thirds corn, no-tills about 20% of his corn acreage – all rotated from soybeans or sod.

“With corn on corn, we were losing about 10 bushels per acre with no-till when we compared it to minimum-till,” says Steiger. “On bean stubble or sod, yields are about even.”

Whether minimum till or no-till, most management practices are the same on rotated corn. Exceptions include cool springs, when he holds off planting no-till fields until soils warm up. He selects hybrids for early vigor for no-till and carefully scouts early season insects. He also broadcasts phosphorus and potassium on no-till fields in both fall and spring.

“The secret of no-till is to get the P and K on in the fall, and then come in again just ahead of the planter,” he says. “My theory is that you get two different fertility layers, so it is not all on top of the ground.”

Little grows two-thirds corn and a third beans on his Indiana farm. About half his ground is no-tilled, and rest minimum-tilled, depending on the year. Bean stubble is no-tilled into corn. He also no-tills corn on corn in his less productive fields, where reduced crop residue makes that practical. But in his most productive fields, he uses a minimum tillage program to manage larger amounts of crop residue.

Following a 240+-bushel corn crop, he has trouble dealing with crop residue from the crop. “I have tried to no-till in that situation and it doesn’t yield as well.”

Except for tillage, management practices vary little between no-till or minimum-till continuous corn. On continuous no-till fields, he uses liquid nitrogen fertilizer instead of anhydrous ammonia, which he believes hurts worm populations. He also is extra careful to minimize in-field traffic to reduce compaction potential.

Scholting’s eastern Nebraska farm is wall-to-wall rotated no-till corn and soybeans – except for his river bottom NCGA contest field. With the exception of his contest plot, which is no-tilled into soybean stubble, the field is minimum-tilled continuous corn.. “Without working that residue up a bit, I can’t get as good a stand as I’d like,” he says. “Yield is off at least 10 to 15%when I have used no-till.”

On the rest of his farm, no-till is king. “On rotated ground, no-till is far better than minimum tillage,” he says. “We are all about saving moisture, reducing erosion and higher yields from no-till,” Scholting says.

No-till and minimum-till corn are managed roughly the same, except for the added inputs needed for corn on corn. Corn-on-corn enhancements include extra nitrogen and phosphorus, plus a soil insecticide.