The new Xtend Flex with dicamba-resistance trait from Monsanto is expected to be available in limited amounts of varieties this season. New Enlist with 2, 4-D control from Dow AgroSciences is just over the horizon.&ldquo;None of them is going to control 10-, 12- or 14-inch Palmer pigweed like Roundup did 10 years ago,&quot; says UT Extension weed specialist. 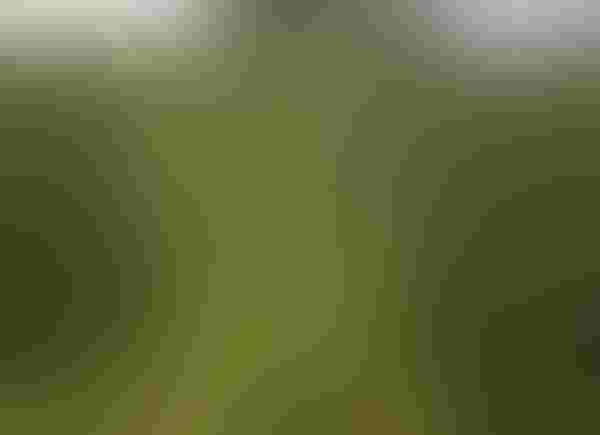 <p>EVEN WITH NEW herbicide technologies, farmers need to incorporate them with cultural and herbicide programs that work with residuals and cover crops.</p>

Growers have been chomping at the bit for something to tame herbicide-resistant Palmer amaranth, or pigweed, marestail and other worrisome weeds. The technology is finally within reach.

“But there is still no silver bullet,” said Larry Steckel, University of Tennessee weed specialist at the 2015 Beltwide Cotton Conference. “None of them is going to control 10-, 12- or 14-inch Palmer pigweed like Roundup did 10 years ago. The new technologies need to be integrated with cultural and herbicide programs we now have.”

“They will provide more flexibility than we have. But we’re going to have to keep using some of things we’re using today, like pre-emergence herbicides. Also, we’ll need to use some things you can’t pour out of a jug, like cover crops.

“Tillage is another option (depending on soil type). In Tennessee, we have highly erodible soil, so tillage is not an option for many producers. We’re really looking closer at cover crops and integrating those in with current herbicide programs and the future herbicide technologies.”

Cover crops won’t prevent the need for a good herbicide program, Steckel said, but they can certainly put a dent in pigweed problems. “Right now there are still a lot of questions out on cover crops. But I think we’re starting to hone it down.

“As far as Palmer pigweed goes, cover crops are giving up to about 30 percent to 40 percent control. So it’s helping. For winter weeds, like winter annual resistant marestail or ryegrass, we’re getting almost complete control with just a straight cover crop if you can get it out early enough.”

He said grass-type cover crops are working well. “Wheat or rye mixed with a legume like a vetch or crimson clover is really helping,” Steckel said. “It looks like that program may be more user-friendly in giving us weed control.”

Some farmers have sown in cover crops by dusting them in by air. They have obtained good results. “Many producers feel like they have to apply a burndown twice to get good weed control,” Steckel said. “This practice may prevent them from having to apply a burndown. That has been exciting to see. It may save us a herbicide application which can mean about $15 per acre.”

Of course, cover crops aren’t free. “Cover-crop seed may be very pricey, depending on the type of crop,” Steckel said. “The cost for a cover-crop blend may be $20-$25 per acre. But it cuts out a herbicide applications. You may break even if you get a good stand. But if you get any help against weed resistance later in the year, you will be ahead.”

He said the cost of cover-crop seed “is why we’re looking at wheat or a vetch. Some producers probably already have wheat in the bin. They can just pull it right out and plant.

“As we go forward with the Roundup XtendFlex with Dicamba, and Enlist 2, 4-D, we should be able to do things to kill cover crops closer to planting. This could give us more traction as far as controlling Palmer pigweed is concerned later in the season than we’re seeing today.”