At physiological maturity (kernel moisture approximately 30-35%), frosts have little or no effect on the yield potential of the corn crop. 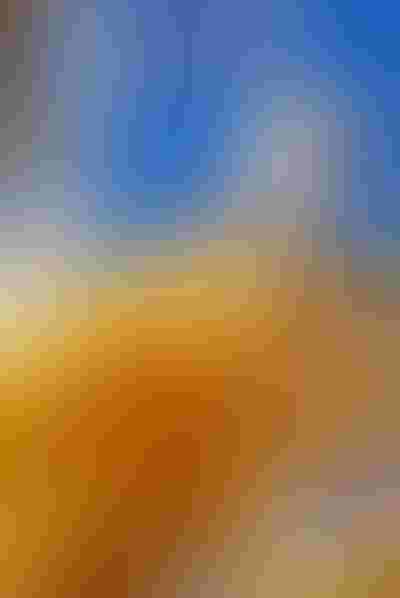 According to the National Agricultural Statistics Service (http://www.nass.usda.gov/) as of Sept. 10, 69 percent of Ohio’s corn acreage was in the dent stage (R5) compared to 76 percent for the five-year average; 16 percent of the corn acreage was mature, slightly less than the five-year average, 18 percent. In some areas of the state, corn is considerably behind the five-year average because of late planting (the result of persistent rains and excessively wet soils that delayed planting in some localized areas) and cooler than normal temperatures in September. This later than normal maturation of the corn crop had led to questions concerning the potential for frost damage.

Dr. Bob Nielsen at Purdue University has summarized research findings from Indiana and Ohio that provide insight into both the calendar days and thermal time (growing degree days, GDDs) typically required for grain at various stages of development to achieve physiological maturity (kernel black layer, R6) and available on-line at http://www.agry.purdue.edu/ext/corn/news/timeless/RStagePrediction.html. The calendar days and thermal time from various grain fill stages to black layer for a 111-day hybrid maturity are shown in Table 1 (click here).

This research indicated that corn planted in early June compared to early May requires 200 to 300 fewer GDDs to achieve physiological maturity. Although slightly different responses among the four locations of the trial existed, there did not seem to be a consistent north / south relationship. Therefore, growers can use the results summarized in Table 1 to "guesstimate" the number of calendar days or heat units necessary for a late-planted field at the given grain fill stages to mature safely prior to that killing fall freeze.

How many GDDs can be expected from now until an average date of a killing frost for an adapted 111-day hybrid planted in mid-June? To answer this question, estimate the expected GDD accumulation from Sept. 2 until the average frost date (50% probability) for different regions of the state (click here for Table 2). These GDD expectations are based on 30-year historical normals reported by the Ohio Agricultural Statistics Service. The GDD accumulation was calculated using the 86/50 cutoff, base 50 method.

If you want to determine the "youngest stage of corn development" that can safely reach black layer before the average frost date at a given weather station, use the information in Table 2 on remaining GDD in conjunction with Table 1 which indicates GDDs needed to reach black layer at various stages of grain fill. Compare "GDDs remaining" for the site with the GDD required to achieve black layer depending on the corn's developmental stage.

If your corn is in the dent stage (R5) as of Sept. 9, will it be safe from frost? Table 1 indicates that corn planted in mid - June required about 217 GDDs to reach black layer from R5 and Table 2 indicates that all regions of the state are likely to accumulate sufficient GDDs before the 50% frost date.

The research results in Table 1 demonstrate that late planted corn has the ability to adjust its maturity requirements, and most of this adjustment occurs during the late kernel development stages. In previous growing seasons when GDD accumulation was markedly less than normal, the corn crop has usually achieved physiological maturity before the first frost occurred.