Check out this refresher on how two inbreds produce high-yielding corn with hybrid vigor. 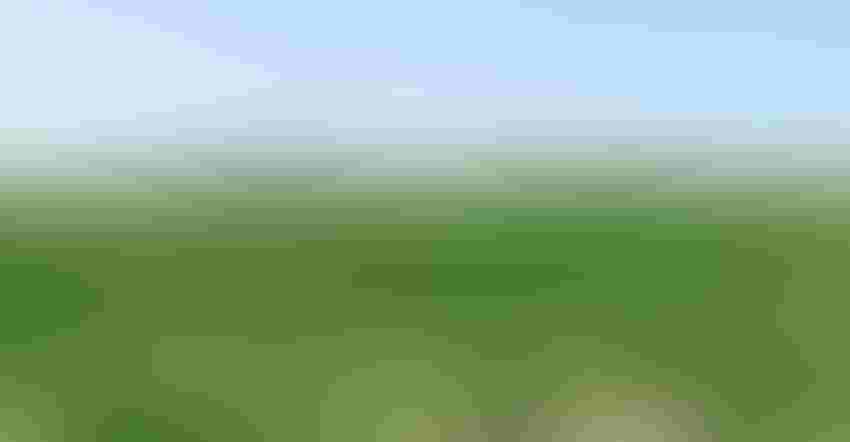 REMOVING STRAY PLANTS: A person with a bean hook in hand walks through a field of seed corn in Bartholomew County, Ind., looking for rogues to cut out so they don’t contaminate the field. Jacob Kessens

Anyone driving in Indiana sees acres of corn every summer. However, few outside agriculture realize that most of the corn is not corn that will be planted again the following year.

In fact, some within agriculture may not realize all the inputs that go into creating hybrid seed corn.

Helping consumers understand how their food is produced is becoming increasingly important. Here’s a refresher about the basics of producing hybrid seed:

Before hybrid seed corn, farmers would keep ears of corn that looked the best so they could use them to plant the next spring, according to Bob Nielsen, Extension corn specialist at Purdue University. He trained as a corn breeder before entering Extension.

“Such selection is a form of plant breeding that slowly resulted in better varieties over time, but it was an inefficient strategy to improve genetics,” Nielsen says.

What is hybrid vigor? Researchers discovered that if you purposefully self-pollinated plants, saved the seed from that pollination and repeated the process for many years, the result was a pure genetic strain of corn, which they labeled as an inbred, Nielsen explains.

Depending on the variety you started with, you could create different pure genetic strains of corn.

These early plant breeders discovered that hybrid plants that grew from the seed produced by cross-pollinating two inbreds were not only stronger and yielded more grain than the pure inbred lines, but they were also better yielding than most open-pollinated varieties. Beginning in the late 1930s, American farmers began to quickly adopt this new and improved genetic technology.

What is detasseling? Growing hybrid seed corn starts with female rows and male rows. The female rows are planted in between pollinating male rows. If the corn is fertile, meaning that it can pollinate, it must be detasseled to prevent self-pollinating. The goal is for the “male” inbred parent line to be the only source of pollen in a field of seed corn.

Only seed from the female parent is harvested to be sold as seed corn. Male rows are either destroyed after pollination is finished or are harvested separately, Nielsen says.

What is rogueing? Rogueing is different from detasseling. It refers to removal of “off types” or volunteer corn from the previous year’s production in the seed field before pollen begins to drop from male rows. The most common visible criteria used to rogue seed fields is simply searching for and removing plants that are clearly taller or otherwise look much different from the inbred parent plants. Those are likely stray hybrid plants that could contaminate the pollination process.

Why is hybrid seed corn important? Without these advancements in seed genetics, farmers would not have plants with stronger yields and overall vitality. Plant breeders are continually creating hybrids that are more resistant to drought, yield higher and take less time to mature.

Kessens is a senior in agricultural communications at Purdue University.