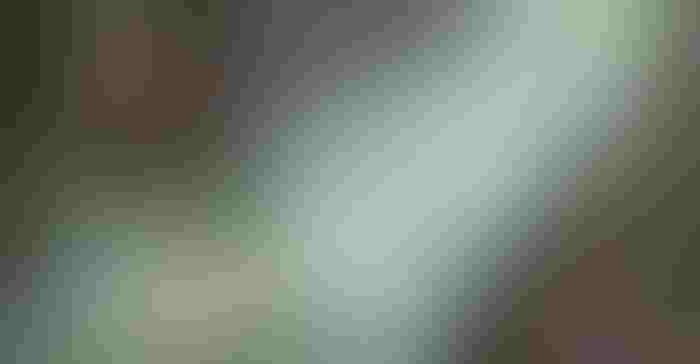 In 2021, Illinois farmers saw an early uptick in tar spot outbreaks in corn across the state, says Erika Parker, precision agronomist at Advanced Agrilytics. In fact, she spotted the disease on July 22 in northern Illinois — one month earlier than typically experienced.

Why? A susceptible host, favorable environment and the pathogen occurred at the same time, and it just so happened to be one month ahead of previous years, which resulted in more people experiencing significant damage. The “disease pyramid” worked against crops and farmers last year.

Parker says farmers should watch for tar spot again this year, especially with no current corn hybrids bred for tar spot resistance. But also keep in mind some of the other common corn leaf diseases in the state: gray leaf spot, northern corn leaf blight and southern rust.

She says the real lesson for 2022 foliar diseases is to keep your eyes open for the first signs of risk. The following are regular indicators of each disease. Here’s what to look for, plus causes and steps to prevention:

Gray leaf spot. Signs of gray leaf spot include rectangular lesions, which are blocked by veins of corn leaves. This disease starts at the bottom of the canopy and favors wet or damp leaves and cool temperatures. Foggy days pose a greater risk of an outbreak. Gray leaf spot has been around for a long time but gained prevalence in the 1990s and occurs throughout Illinois. Parker says this disease may have multiple life cycles per year, but an early-season variable-rate fungicide like Rx can help manage the risk. Tillage can help bury residue and reduce inoculum. Gray leaf spot-tolerant hybrids are available, and Parker says fungicide has proven beneficial in preventing the disease.

Southern rust. If you spot rusty orange pustules that wipe off on your fingers, you may be looking at southern rust, a foliar disease that overwinters in the south but blows into Illinois with storms and southern winds. Common rust is prevalent as well, but generally has more of a brown vs. orange color and is often not as aggressive or detrimental as southern rust. By nature, southern rust prefers temperatures in the upper 70s and lower 80s and needs about six hours of leaf wetness to develop. Typically found in southern Illinois, southern rust can move throughout the state depending on the weather, Parker says. Corn breeders have also worked to provide options for farmers to choose hybrids that are tolerant to southern rust. Fungicide has also proved beneficial against this disease. If southern rust pressure is high, consider multiple fungicide applications, especially in southern Illinois.

Tar spot. Tar spot is another disease that favors wet or damp leaves. That means foggy days raise the risk even higher. An indicator of this disease is small black lesions that start off as small black specks. Early on, the specks are very small and best seen by taking a picture with your phone and zooming in. As the diseases progresses, the black specks can grow in size, and at times become diamond-shaped. Often leaves with lesions will have yellowing and eventually become brown and necrotic. Parker says tar spot also overwinters in residue, so tillage can be used to help bury residue and reduce inoculum. Inoculum can also be blown into the field from nearby fields, as was seen in 2021, so it is important to look in all parts of the canopy for lesions. In 2015, the disease was most prevalent in northern Illinois, but spread has increased across the entire state. Development of tar spot-tolerant hybrids is still in the early stages, so lean on fungicide for prevention and know that just as in 2021, you may need multiple applications.

Want to put a visual to these indicator explanations? Check out the accompanying slideshow!

Parker reminds farmers it’s important to know the signs of common foliar disease, but also remember the following takeaways as you keep your eyes open for diseases: