Farmers will use different ways to control ag costs in 2016 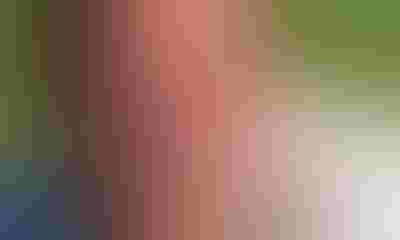 Farm Futures talked with a sample of our readers to get a feel for the types of things they were doing to adjust to a low-commodity-price environment. Although we couldn't include them all in one article, hopefully, the spectrum of responses below will stimulate some creative thinking for your operation.

10. Tapping built-up nutrient levels. For the past few years, Kris Lien, Hixton, Wis., has utilized grid sampling with variable-rate fertilizer application on a "build-and-maintain" fertilizer program. Now that the revenue outlook is less rosy, he's drawing on his previous good stewardship and has downshifted to just "maintain."

"I hope to save some money and still get a decent crop," he says. "You've got to do what you can without starving the ground."

9. Going non-GMO. "It's not all peaches and cream," says Adam Hunt, Milbank, S.D., of his decision to raise non-GMO soybeans. "You can't use a grain cart. You have to keep everything separated, even by variety. And you have limited weed control options later in the year. Plus, the deliveries are usually in the winter, which is not always fun."

But is the premium he gets for all his trouble worth it?

8. Buying corn for ethanol deliveries. As a shareholder in a local, farmer-owned ethanol plant in Stewart, Minn., Kurt Kalenburg is obligated to deliver corn he's either raised or bought. These days, he is choosing to buy.

"I figured if corn's going to go cheap enough, why stick my neck out and plant it, grow it, harvest it and store it, if I can just pick up the phone, buy it for less than the cost of production, have it delivered, and I'm done," he says. "It's kind of like the funds: They buy and sell grain, but they have no input costs, equipment expense or rent expense. They just do it all on paper."

"We look at every acre of every crop on every farm to see if what we're doing makes economic sense," he says. "Then we see how all of the small pieces contribute to the whole operation."

In tough times, he feels it gives him an edge in his decision-making.

"For example, the highest yield you can drive out of an acre is probably not the most profitable point of production," he notes. "That's not where I want to be."

6. Switching to alternative crops. Milo Ravndalen farms in Roosevelt in extreme northern Minnesota. He has a simple formula for improving his situation during these times.

"If you're just raising corn and soybeans, find something else that's more lucrative," he says.

Ravndalen has cut back on some of his traditional crops and has switched to producing perennial ryegrass seed.

If it was easy, everybody would be doing it," he says. "But it's been a very good alternative for us. It's really made it easier to handle the low commodity prices."

5. Wife went back to work. Jay Garetson is part of a family farming operation that includes his brother's family and his parents in Sublette in southwest Kansas. With a family of three boys, one in college and two still in high school, Jay's wife, Jill, had planned to postpone her return to teaching for another three years. But with a steep decline in farm income, she made the difficult decision to go back now.

As a teacher for a special-ed co-op, Jill travels long distances between multiple schools in the sparsely populated area.

"Financially, it's been very helpful, but it's been awfully rough when the most important person in your family is suddenly gone 12 hours a day," says Jay. "But I feel very fortunate that she's willing to step up and help take up some of the slack our farming operation can't provide right now."

"A lot of people here raise livestock, then hire their farming done," he says. "There's a lot of custom work to be had here."

In this challenging economic climate, Heiting stepped up his custom work, which grosses about $140,000 a year. So far, he says it's working for him. "It's keeping the bills paid pretty good, and is keeping the overhead down," he says. "I'm hoping this will keep me moving forward."

3. A time of opportunity. John Bruihler of Rushford, Minn., is definitely a glass-half-full kind of guy. Maybe even 60%.

"I see this as a wonderful time if you're looking to upgrade or get larger equipment. Equipment is inexpensive now, compared to the last few years," says Bruihler, who lives in Minnesota but also farms in Iowa.

Although rents haven't fallen much yet, Bruihler says that he's at least seeing more land become available for sale and for rent.

"I often tell my son, 'There are a lot more opportunities than a guy has time or money for. You've got to cherry-pick the best ones,'" he says.

That's not all Steve Holifield did. Holifield, of Mill Creek, Ind., switched from corn to sorghum for silage because he figured it's cheaper by $113 per acre. He also sold all of his row crop equipment and just hires neighbors for what few row crops he has left. Estimated savings: $43 per acre.

"The economics just weren't there," he says of his previous cropping program. "I penciled it out, and I can hire the neighbors for less than I can own the equipment. I needed to make some changes because I think we could be in for a rough stretch the next five or 10 years."

1. Say no to high rent. Ed Heikes farms on Maryland's eastern shore of the Chesapeake Bay in St. Michaels. Many farms sold there go to urban recreational buyers looking for capital appreciation, instant performance and a weekend homesite. When the 150-acre farm he'd leased for 10 years was sold in 2013, the new owners put in waterfowl impoundments, halted his efforts to control the white-tailed deer population and wanted much higher rent.

"I knew we were going to see a correction in grain prices, and the math just wasn't going to work," he says. "So I elected not to continue there. Looking back, it was absolutely the right decision!"

More on #FarmingIn16:
Our budget-cutting plan for 2016
A closer look at in-field land investments
What do landlords want? Negotiating the best land lease for 2016