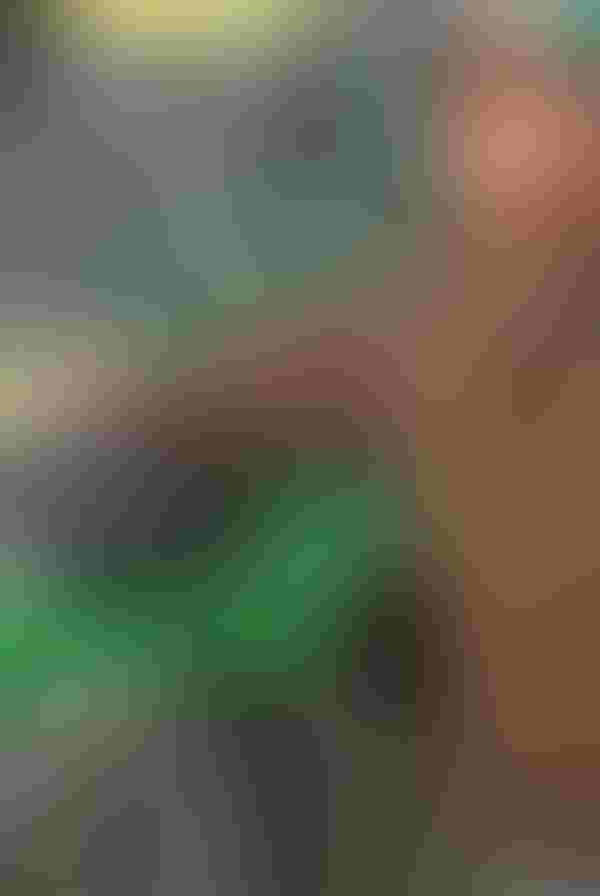 <p>&ldquo;I just talk to people about the truth of the matter, from my perspective,&rdquo; says Mike Petefish, Claremont, Minn.</p>

Setting the record straight, from a farmer’s perspective, is all in a day’s work for Claremont, Minn., farmer Mike Petefish.

When a group of anti-GMO activists confronted some corn farmers at a convention, he calmly approached them to present the scientific facts on GMOs. It comes naturally to him, given his personality and education. With degrees in plant genetics and agronomy, “I have science on my side,” he says. But Petefish was surprised that day how ill informed some of his fellow farmers were. When several farmers asked the activists, “What is a GMO?” and upon hearing their reply said, “Well, that doesn’t sound too safe.

“Food safety and GMOs are one of the biggest issues facing our industry, so I see this as a good investment of time when someone bashes my occupation and my lifestyle,” Petefish says.

The 29-year-old farmer has an undergraduate degree in Plant Breeding and Plant Biology and a Master’s in Agronomy. “I just talk to people about the truth of the matter, from my perspective,” he says.

It’s uncommon for a young person to step forward that eagerly, says Petefish’s neighbor, farmer/volunteer Bruce Schmoll, who described a similar, exchange that he observed: “At a recent volunteer food-shelf event in Minneapolis, a volunteer said that the food shelf shouldn’t include GMO-containing foods. Her feet were pretty dug in on the issue. Mike explained that he’s a fifth-generation farmer, and cited examples of beneficial GMO-related materials like insulin and organic farmers’ approved use of Bt as a biopesticide.

“By the time Petefish finished visiting with her, the anti-GMO Mom had done a 180-degree turnaround,” Schmoll says. “Most farmers don’t want to leave their comfort zone; it’s not in our nature. But Mike breaks the mold.”

“This next lull in agriculture will separate the tractor drivers from the farm managers,” Petefish says of the potential for farmers to step up and discuss key issues with consumers.

As a farmer and Plant Breeding, Plant Biology and Agronomy university graduate, he’s comfortable countering concerns that may arise from lack of information or bias:

”Some people listen to me making points like these and say, “that’s interesting, and walk away,” Petefish says. “Others take it in and ask more questions.”

Excerpted from the textbook, Biotechnology Applications and Issues: Commercial Applications,

Biology and Biotechnology: Science, applications and issues, By Helen Kreuzer and Adrianne Massey

Bt is a naturally occurring bacterium found in soils in forests, savannahs, deserts and cropland all over the world. It also occurs in enclosed insect-rich environments, such as grain storage facilities, and Bt has been found on tree leaves in some environments.

First commercialized as a microbial pesticide in France in 1938, Bt was approved by U.S. regulators for sale and use in 196. Bt produces large amounts of a protein, that when ingested by certain insects, slows development, and it ultimately kills insects that consume enough of it.

Unlike most pesticides used in commercial agriculture, the protein must be ingested to be toxic. Bt is harmful to a limited number of insect species but non toxic to other insects, birds, mammals, and other organisms. Because of it selective toxicity, Bt does not harm beneficial insects such as pollinators and insects that prey on caterpillars. Valued for this targeted pesticidal activity and environmental compatibility, Bt insecticidal sprays have been used by organic growers and home gardeners for decades, and foresters use them to try to control outbreaks of gypsy moths and other lepidopteran pests that feed on tree foliage.

Bt exhibits targeted insecticidal effects. Different subspecies of Bt are selectively toxic to certain insect orders and are nontoxic to insects in all other orders. This selectivity has made Bt sprays valuable biopesticides for controlling certain targeted pests for more than 50 years. Genetic variation exists within each subspecies, In the case of Bt corn, the target organisms are lepidopteran caterpillars that are corn pests. Therefore, scientists isolated various Bt toxin genes from strains of B. thuringiensis susp. kurstaki and used recombinant DNA techniques to produce Bt corn varieties.

Until the 1970s, scientists thought Bt was toxic only to lepidopteran caterpillars, but they have now identified different strains of Bt that exhibit equally selective toxicity to beetles, flies and mosquitoes. These strains are also used as biopesticidal sprays to control insect crop pests and insect vectors that carry certain tropical diseases. In the 19080s, Congress required the EPA to reassess the safety of all pesticides approved before 1984. Companies selling Bt microbial sprays provided EPA with extensive data on Bt toxicity, environmental fate, and effects on non-target organisms, which is any organism that is not the target of the pest control activity or target. After reviewing the data, EPA issued a finding of no significant adverse effects and approved 180 Bt sprays for use in the U.S.

In spite of their many benefits, Bt-based insecticidal sprays have a number of limitations. They break down soon after application so repeated applications are necessary. Because they do not enter the plant tissue, they cannot control stem borers or root-dwelling insects. Finally, Bt sprays have caused allergic reactions in some people who spray them.

Excerpted from the textbook, Biotechnology Applications and Issues: Commercial Applications,

Biology and Biotechnology: Science, applications and issues, By Helen Kreuzer and Adrianne Massey

The ECB causes an estimated $1 billion worth of damage in lost field corn yields every year. Illinois corn growers alone lose $50 million a year from decreased yields resulting from ECB damage. The ECB is difficult to control, because it burrows into the corn stem and is in accessible to insecticides. Little of the insecticide used on corn is for ECB control, but the Bt gene can also provide some protection against other lepidopteran pests that farmers try to control with insecticides, such as the corn earworm, fall armyworm, and southern corn borer. Together, these pests account for approximately 20-25% of the insecticides used on corn in the U.S.