Keep these properties in mind when deciding how to best use each fertilizer product. 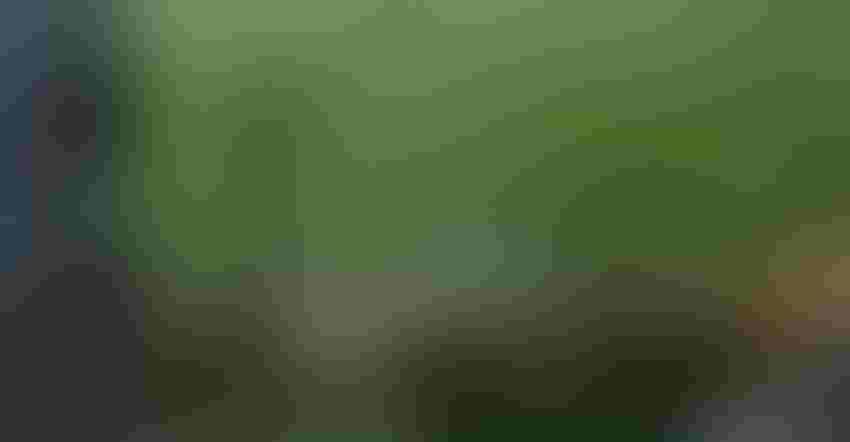 RIGHT TIME: Applying nitrogen during the season gets it closer to when corn needs it most. This application is injecting liquid N in corn at the V10 to V12 stage. Tom J. Bechman

Liquid nitrogen is available as 28% or 32% UAN, urea, and anhydrous ammonia. All supply nitrogen for corn. But to a large extent, the similarities end there. Even the form is different — liquid, solid or gas.

“Whichever product you use, understand how it reacts in the soil so you get the most return on investment,” says Jim Camberato, Purdue Extension soil fertility specialist. “Nitrogen is always a big expense, and it’s more than double what it was two years ago. You can’t afford to risk losing a sizable portion before the crop accesses it.”

From a plant’s standpoint, the best timing for nitrogen application is when the plant needs it most, Camberato says. While corn plants need some N early, highest demand comes later. Plants take up two-thirds of total season N requirement by silking, with the majority of it used between V8 and silking.

Here’s a look at the different forms of nitrogen:

Liquid N. “One-fourth of nitrogen is in the nitrate form when you buy it,” Camberato explains. “That form is most easily lost through denitrification or leaching.

“If you’re using liquid N, it makes sense to inject it, not leave it on top. If you’re dribbling it on at sidedress, like with Y-drops, you’ll likely lose less than if it is broadcast, but more than if it is injected.

“However, if you applied liquid N preplant, even injected, you open yourself up for more losses. There is more time for bacteria to convert remaining N to nitrate, again subject to loss. The wetter the spring, the more likely N will be lost.”

There are N stabilizers for liquid N, anhydrous and urea. “They slow down conversion of ammonium to nitrate, the form most easily lost,” Camberato says. “With liquid N, it doesn’t help that one-fourth is already in nitrate form. Stabilizers may buy an extra week if used in the spring. They don’t stop the conversion process.”

Urea. There are cases where a granular product works as the N source, Camberato says. However, spread on the surface, urea still faces potential loss from volatilization, especially on sandy soils or with lots of surface residue. Plus, urea converts quickly to nitrate, more subject to loss.

Anhydrous ammonia. All nitrogen begins in the ammonium form. The application temporarily sets back bacteria that convert ammonium to nitrate. That buys time, perhaps a couple of extra weeks.

“The bottom line is similar,” Camberato says. “The farther away nitrogen is applied from when it’s needed, the more likely significant losses could occur.”