Zachary Yoder got a jump-start on treating grasshoppers from a smartphone alert. 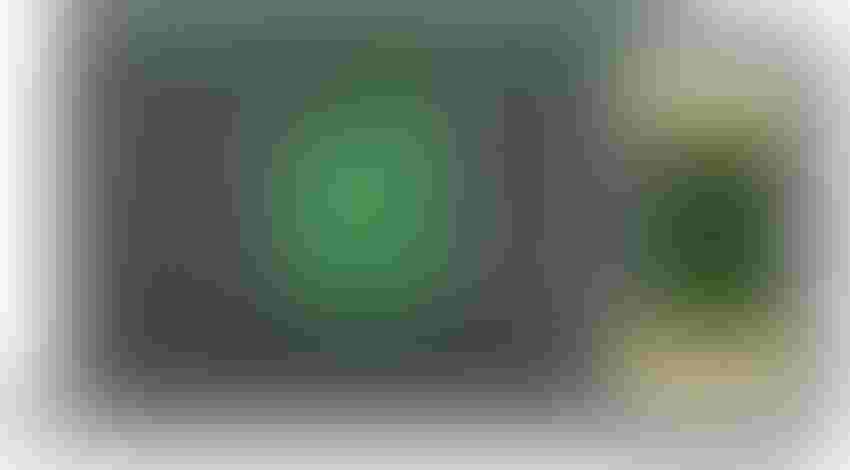 In late July, Zachary Yoder trudged into tasseling 8-foot tall corn to ground-truth his first-ever smartphone message alerting him that satellite imagery had detected an unusual area in the irrigated field.

Following GPS guidance on his phone, Yoder muscled his way to the orange spot highlighted on the phone map.

“Sure enough, there were a bunch of grasshoppers sitting on the corn leaves,” says Yoder, who grows corn, wheat, soybeans and wine grapes with his father, Steven, near Dalhart, TX.

Commemorating his foray into the new world of automated satellite-based scouting alerts, Yoder snapped a photo of a bright orange grasshopper for a post on Twitter: “Farming w/tech. Satellite imagery alerts me to check a field. Discovered grasshopper infestation.”

The Yoders had been expecting grasshoppers based on activity to the south. With prevailing winds from the southwest, that’s the corner of fields they typically check for infestations.

“The alert was on the southeast side of the field,” says Yoder. “We might have missed how bad the grasshoppers were because we were checking the wrong spot.”

Since the first alert, another message has sent Yoder to a field where yellowed corn has him suspicious of a sulfur deficiency. “I am going to be curious at the end of the season if it shows up on the yield map,” he says. “It may warrant a soil test to see if extra sulfur is justified.”

“We show the exact spot that has problems, not another rainbow-colored map that the farmer has to figure out,” he says. “We are able to do that by processing five years of historical data for nearly every field in the country, then comparing it to current high-resolution imagery.”

This year’s unusual cloud cover hampered the alert system. Many fields were limited to five images instead of the expected 10 to 20. As new satellites are launched, flyovers will become more frequent than the current five-day frequency from FarmLogs’ imagery provider, BlackBridge, says Vollmar.