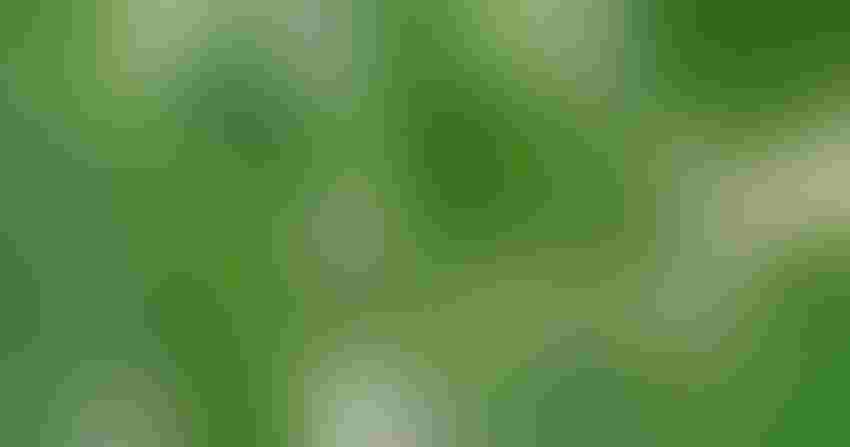 In its June 30 Acreage report, NASS reduced its soybean forecast from 91 million acres in March to 88.3 million acres, a much larger drop than traders expected.Farm Press

Each spring USDA’s National Agricultural Statistics Services releases a forecast that is basically U.S. farmers’ best guess of how many acres of corn, cotton, rice, soybeans, wheat and other crops they will plant that year.

Commodity analysts – and farmers – dissect the planting intentions report, pointing out its shortcomings, but, invariably, the crops get planted and growers produce enough of each to mostly meet domestic and the U.S. share of world demand.

But, somewhere in the country, weather or other problems occur. That’s what happened in 2022 when North Dakota farmers were unable to plant an estimated 1.1 million acres of soybeans due to flooding in April and May. (NASS has said it plans to resurvey North and South Dakota and Minnesota for its Aug. 12 Crop Production Report.)

In its June 30 Acreage report, NASS reduced its soybean forecast from 91 million acres in March to 88.3 million acres, a much larger drop than traders expected. But analysts such as those with the U.S. Soybean Export Council note that with the trend yield of 51.5 bushels per acre USDA is using in its balance sheets, the implied 2022 crop size would still be a record 4.5 billion bushels.

“The trade consensus was looking for a reduction from the March Planting Intentions Report but not of this magnitude,” said Mac Marshall, vice president of market intelligence for the USSEC and the United Soybean Board, speaking during the USSEC’s Planted Acreage Report webinar. “As you can see in the chart, the 88.3 million was just below the low end of trade expectations.”

“Most of the Corn Belt had increases in soybean acres,” said Marty Ruikka, president of the ProExporter Network, who also spoke during the webinar. “In South Dakota, the June report shows a 50,000-acre increase. The problem is that’s quite a bit below what the March Planting Intentions Report. We thought we would get quite a bit more in South Dakota.”

North Dakota has experienced prevented planted conditions in three of the last four years, Ruikka noted. “We won’t know the official prevented plant numbers for soybeans for a few more weeks, but there’s obviously something going on in our Northern Great Plains where we’re having wet spring conditions that make it difficult to get the crop planted.”

“You know we don’t talk much about the Bootheel area of Arkansas and Missouri along the Mississippi River south of St. Louis. It’s very good soybean production ground. It usually plants early and harvests early. They sell their fall harvest into the fourth quarter of the marketing year, which is great for the export markets this year.

Could those figures go up? Ruikka thinks that could happen even though most farmers were beyond the prevented planting date when the numbers in the June 30 Planted Acreage Report were released.

“I think some farmers were willing to take that risk,” he said. “All that does in the U.S. is limit the amount of insurance. As you know, as each day goes forward the amount of your crop you can insure goes down a little bit. With the high prices we have for soybeans now, we think farmers may continue to plant. Again, we won’t know that until the Aug. 12 Crop Production Report.”

Even with the potential for a record crop in 2022, the market could be left with small supplies at the end of the year.

“We’re showing a 205-million-bushel carryout, which is small historically – it’s less than last year’s,” he said. “If we get this 51.5-bushel trend yield and we have an export program for new crop of 2.2 to 2.3 billion bushels, our carryout will drop to 150 million bushels. You can also see that crush is starting to go up, which is also supportive of the price we have now.”

As most farmers know, soybean prices have retreated since that June 30 USSEC webinar, primarily because of commodity funds pulling millions of dollars out of speculative positions.

Hedge fund traders appear to believe rainfall across the Midwest in mid-July will help “make” the 2022 corn and soybean crops. But will they?

With forecasts for temperatures not seen in the nation’s mid-section since 1980 and continued dry weather, is this the year that climate change begins to catch up with American agriculture? Stay tuned.