The University of Minnesota’s 2021 corn grain and silage performance trials are available online. 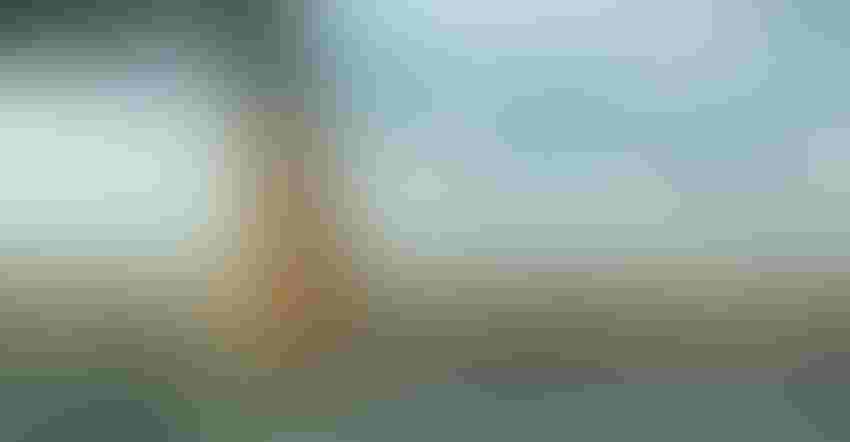 STUDY TIME: To find the right corn hybrid for your operation, agronomists suggest that you compare results from multiple hybrid trials from reputable sources. Trials that have all hybrids replicated at least two or three times and that compare hybrids from multiple companies are most helpful.Paula Mohr

Hybrid selection is one of the most important factors affecting corn yield and profitability. In trials where many corn hybrids are compared, it is common for grain yield to vary by 30 to 50 bushels per acre — or more — among hybrids.

Seed costs should also be considered when selecting corn hybrids, as several hybrids often produce yields that are among the highest in a trial. Additionally, it is important to stay current with corn hybrid selection, as the rate of genetic yield improvement by year of hybrid commercial release is nearly 2 bushels per acre.

To select corn hybrids, look at results from multiple trials from reputable sources. Trials that have all hybrids replicated at least two or three times and also compare hybrids from multiple companies are of particular value.

Select hybrids that consistently perform well across multiple locations or years with soils and growing conditions similar to those of your fields, as such hybrids have a greater likelihood of performing well in the future in your fields. However, be wary of trial results from locations that experienced significant drought and unusually low corn yields, as these conditions may not be representative of next year’s conditions. When possible, use statistical results such as a least significant difference value to determine whether the measured variable, such as yield, is significantly different among the hybrids of interest.

When trying to assess the consistency of performance of a specific hybrid in multiple trials that test different sets of hybrids, consider using a percentile or yield index. For example, a hybrid that yields within the top 25% of the tested hybrids in all trials under consideration would be regarded as having consistent performance.

Similarly, one could calculate the yield index of a hybrid and compare that among trials. The yield index of a hybrid in a trial can be calculated by taking its yield and dividing it by the average of all hybrids in that trial, and then converting to a percentage. For example, a hybrid that regularly produces a high yield index (such as 105% or higher) would be regarded as a hybrid that consistently produces a relatively high yield. Be wary of hybrids with inconsistent performance.

Additional criteria for selecting corn hybrids for grain include the following:

• Planting hybrids with a range in maturity widens the time for pollination, thereby reducing the risk that one’s entire crop will experience dry and hot conditions during pollination. It also broadens the time for suitable harvest. Consider choosing two to three hybrids in each of two to three maturity groups, where a maturity group represents a set of hybrids that have grain moisture within 2% of each other at harvest. Within a maturity group, look for hybrids that have high and stable yield, lower grain moisture and less stalk lodging.

• The growing degree unit requirement of the selected hybrids should be at least 100 to 200 GDUs less than that of your growing season, to allow time for in-field drydown of grain before harvest and to provide a buffer in years with below-average air temperature, delayed planting or an early freeze in the fall.

• Also consider agronomic traits such as suitability for a given crop rotation, emergence and root strength; and tolerance to diseases, drought, insect pests and herbicides.

Additional criteria for selecting corn hybrids for silage include the following:

1. Longer-season hybrids typically produce greater silage yield. Hybrids planted for silage should be about five units greater in relative maturity than hybrids planted for grain. Hybrids that are later in maturity than this are at increased risk of not reaching the proper harvest stage for corn silage prior to the first killing freeze. In such cases, the potential yield gains of the longer-season hybrids are negated due to poor fermentation and compromised silage quality. Additionally, longer-season hybrids may not be optimal if one wants the option of harvesting corn for grain rather than silage.

2. Select multiple hybrids of varying maturities to widen the time for harvest, as harvesting at the correct moisture level is critical for producing high-quality silage. This is especially important in years when dry late-season conditions cause corn to dry rapidly.

3. Other important considerations for selection of silage hybrids include suitability for a given crop rotation, emergence, root strength and standability; and tolerance to diseases, drought, insect pests and herbicides.

4. Consider both silage quality and yield when selecting hybrids. Milk per ton is an overall indication of silage quality and is estimated from forage analyses for crude protein, neutral detergent fiber, digestibility, starch and nonfiber carbohydrate. Once a suitable group of hybrids has been identified based on milk per ton and yield, further selection within this group can be based on specific forage quality and agronomic traits. Consult with a livestock nutritionist when selecting silage hybrids to ensure that the selected hybrids will have the necessary nutritional value.

Coulter is an Extension corn agronomist with the University of Minnesota.