When planter drops two seeds at once, there isn't enough space for two good plants to grow. 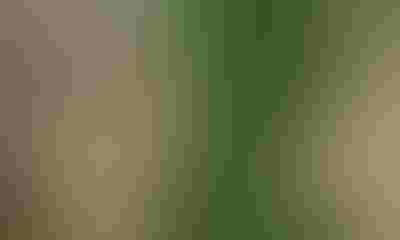 Row spacing is still a big deal if you’re after maximum corn yields. Most modern planters do a very good job achieving accurate spacing. With equipment like 20/20 SeedSense from Precision Planting, you can monitor performance and make adjustments to get excellent accuracy. However, even planters that perform well are rarely perfect. Sooner or later, you’re going to find a double or a skip.

Corn Illustrated 6/27: Why corn smut affects some plants and not others

SIDE BY SIDE: The space between these two plants in the field was estimated at about an inch. Obviously, both seeds dropped at once.

Dave Nanda found two plants that seemed to be growing together when checking a cornfield recently. The crops consultant for Seed Consultants Inc., sponsor of the Crop Watch project, decided to find out exactly what was going on. He pulled out a tiny hand shovel and carefully dug up both plants. Then he took a knife and determined where the seed for each plant was located.

“They were literally dropped on top of each other,” he says. “Both germinated, and the roots of both seedlings didn’t have any way to spread out and get away from the other one. What we ended up with were two plants side by side that weren’t technically joined together, but which were so close, they almost looked like one plant.”

Plants can be as old as others and still be shorter. The distances between plant nodes where leaves emerge are simply packed tighter together on the stem. 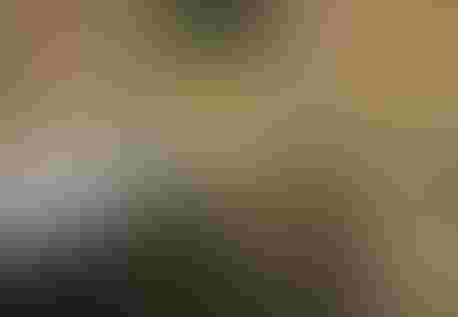 ROOT DIG CONFIRMS IT: Note how these plants are nearly mirror images of each other. Dave Nanda determined that each is a separate plant, but the seeds literally fell one on top of the other.

Further scouting determined this was a fluke and not something the planter did regularly. Had it happened throughout the field, there would have been a couple of practical applications:

First, the plants could wind up having the effect of weeds because they are smaller compared to their neighbors, Nanda notes.

Corn Illustrated 6/20: How much leaf disease does it take to impact yields?

Second, if the plants survived and there were several of them, they would be older than they looked based on their height. That would become important when deciding whether to spray certain products over the top, herbicide experts say. For that reason, labels often talk about stage of growth, not height. If a plant is 3 feet tall but has 12 leaves, for example, it may be too old for certain herbicide applications, even if it still meets the height requirements on the label.