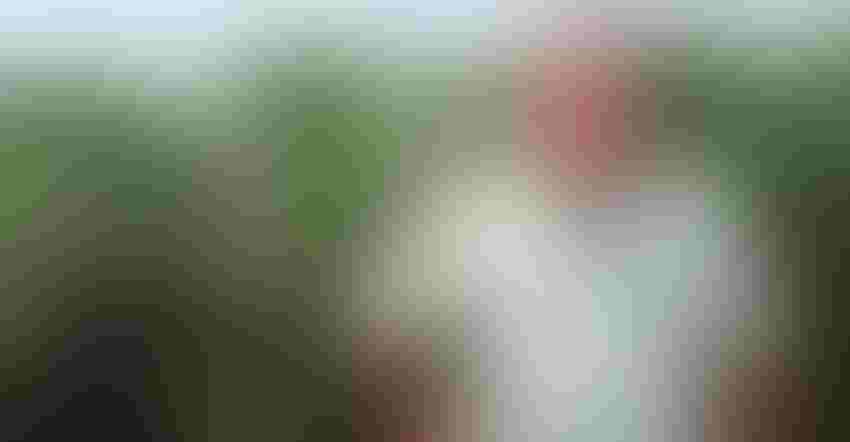 Jay Cutts stands in front of one of his cornfields, which is continuing to grow well this season.Alaina Dismukes

Corn acreage took a hit with late planting due to rain in March and April, but Jay Cutts, a native of Cruger, Miss., says his corn crop is off to a good start despite the delayed planting season.

The family operation, consisting of Cutts, his wife, his daughter, and his son, spans 2,100 acres in corn, cotton, and soybean.

"I'm growing all three crops this year, and everything is going good so far, but it took us so long to get planted," Cutts said. "We have corn at every stage of growth from corn that is tasseled out to knee-high corn."

"We had to plant in between the rains. We'd get a couple of days a week to work, and then it would rain again for several days," he said. "The next week we would be back in the field. It was a struggle getting planted."

Like many farmers in the Delta, Cutts started planting corn around March 20 and finished planting the first week of May.

"Mississippi probably only planted about 50% of intended acres, which, according to USDA estimates, we intended to plant a little over 700,000 acres," said Erick Larson, corn specialist with Mississippi State University Extension. "We most likely planted around 350,000 or maybe a bit more. However, the lack of opportunity to plant during March in most areas and only a couple of days in the first two weeks of April cut into acreage and intentions, particularly for the Delta region."

"What normally would have taken me eight to 10 days to plant if I could have had a whole week of dry weather, instead, stretched out over five or six weeks," Cutts said.

Most of Cutts' acres this year are devoted to corn with 350 in cotton and 250 in soybeans.

"I was able to plant cotton in two days, and I got the soybeans planted in only a day and a half," he said. "So far, the crops are off to a good start."

"We had a lot of rain in the fall, which hindered the cotton harvest," he said. "Rain is not good on cotton after about the first of August. You usually don't want a drop of rain on cotton after then, and we got some last year, so the crop turned out fairly average." 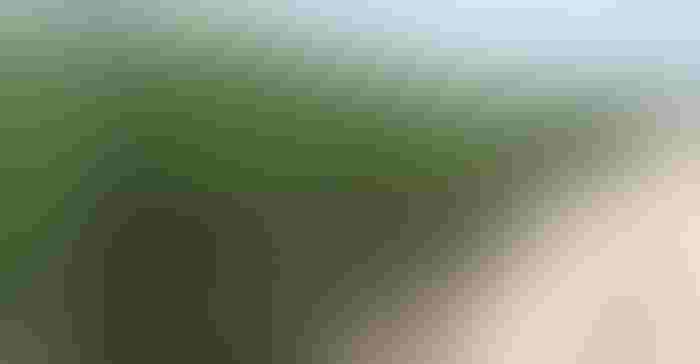 "There are all kinds of different chemistries for plant bugs, but we mainly control them by using imidacloprid, Orthene, and Diamond," he said.

Roundup and Sequence are weed control staples on the farm, which is 100% furrow irrigated.

"We use soil-moisture sensors to help time our irrigation and conserve water, and we have GPS on all our tractors," Cutts said.

"As far as animal pests, deer would be the main concern since they tend to gather around the edge of some fields close to the woods. Luckily, we don't have hog problems, but even the deer aren't too bad. They probably only affect 2 to 3 acres, at most, of soybeans by eating the tender leaves, but since it's not a huge problem, we don’t worry about it too much."