Kansas State University agricultural economist Art Barnaby is well aware of corn growers&rsquo; struggles this year as they deal with blistering summer heat and drought. But after crunching the numbers, he believes that some estimates of this year&rsquo;s U.S. crop losses are premature and might be overstated. 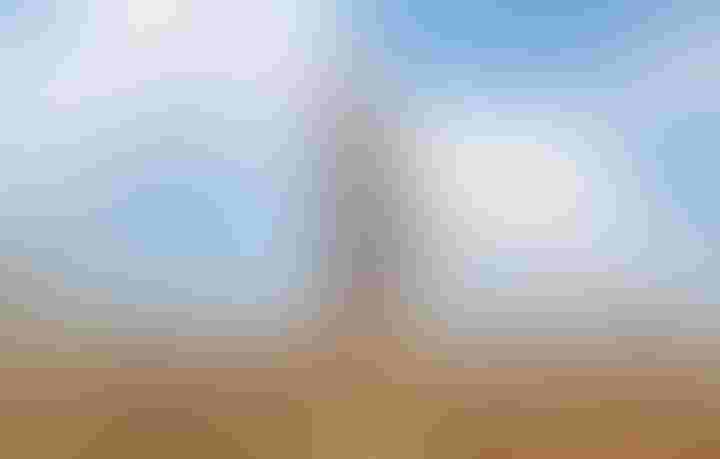 Kansas State University agricultural economist Art Barnaby is well aware of corn growers’ struggles this year as they deal with blistering summer heat and drought. But after crunching the numbers, he believes that some estimates of this year’s U.S. crop losses are premature and might be overstated.

Barnaby, who is a risk management specialist with K-State Research and Extension, gathered historical data from crop insurance participation going back to 1988 – the last big drought year in the Corn Belt. He then calculated the estimated premium for the 2012 corn crop and plugged the loss ratio for 1988 into the 2012 numbers.

State by state, the numbers won’t be so accurate because in 1988, some crops were better and some worse than this year, but in the aggregate, it generated a $10 billion underwriting loss on corn. That is a large loss, there’s no question about it, but it’s less than 10 percent of the USDA budget and the insurance companies are expected to pay some of the loss. A big chunk of that budget is food stamps and other feeding programs.”

Barnaby’s $12 billion to $15 billion estimated underwriting losses for all crops and all states is well under recent industry estimates of $20 billion to $40 billion in losses. Based on the most recent crop condition reports the estimate is likely to be closer to $15 billion, he said.

In estimating this year’s underwriting losses, he looked at the historical national crop loss ratios, which are indemnities divided by unsubsidized premiums. The two largest national loss ratios were 2.71 in 1988 and 2.19 in 1993 for all crops combined. It would require a record national loss ratio of 3.0 to generate a $21 billion underwriting loss. However, much has changed since 1988. The insurance pool is much larger and there are more crops in the pool. Corn is about 40 percent and soybeans are about 20 percent of the pool, which means 40 percent of the pool is in other crops. Because the USDA’s Risk Management Agency (RMA) averages all crops together across the country, it will be difficult to generate a national loss ratio over 3.00.

“There is some question if the 2012 crop has had enough damage to generate a national loss ratio on corn equal to 1988,” Barnaby said. “The most current USDA data suggest the losses are worse in Indiana but not as severe in Iowa and Minnesota. It is rare for the national loss ratio to exceed 2.00. That has only happened twice in the last 25 years, and it is also rare for a state loss ratio to exceed 5.00 where the insurance companies have a stop loss in their reinsurance agreement.

The rare year was 1993 when the national loss ratio was over 2.19 and Minnesota’s all crop loss ratio was 6.10. Therefore, any suggestion the underwriting losses will exceed $20 billion is premature. The 2012 underwriting losses likely will be between $10 billion and $12 billion. If we assume no rain for the next month then a $15 billion to $20 billion loss is possible and it would be a record loss ratio. The $15 billion scenario seems more likely with each crop condition report.

“I’ve gone back to 1988 and looked at the history in the top 18 producing corn states and it’s very rare, even at the state level, much less at the national level, where you have a loss ratio of 5.0. In fact there are only five states that have ever had a loss ratio of 5.0 on corn and they will surprise you,” Barnaby said.

“It’s very rare even at the state level, and it would be more rare at the national level because all crops gets averaged together, so I think my $15 billion with $10 billion from corn, should be on the upper end of the size of the underwriting loss,” Barnaby said. “There’s a lot of guessing going on. Based on what I’m seeing in the USDA reports, I don’t think this crop is quite at the same level as what the ’88 crop was in terms of being a disaster but the trend is clearly in that direction.”

He noted that the dollar amount of claims is much more than in 1988 because more farmers buy crop insurance now.

“If you go back to ’88, less than 13 percent of Illinois corn acres were insured. Today, roughly 80 percent are insured,” he said.

“The way the press has been reporting this is the gross indemnity payment, not the loss in excess of premiums, which is the way the insurance industry and the government treat these things,” he said. “The numbers are big, no matter how you cut it, but many farmers are wondering if their company will be able to pay the claim and the short answer is yes. This is something they don’t need to worry about.”

After a company failed about 10 years ago, RMA put in into place much stronger financial requirements in order to be an approved insurance provider (AIP), including sufficient assets for reinsurance to cover at least two disasters in a row.

“The reinsurance market is a worldwide market, not just a U.S. market, so if one thing goes bad, it doesn’t bring down the whole market. For most of these companies, this is a very small part of their overall portfolio.”

Barnaby says he may get cards and letters reminding him that a large insurance company failed after the banking fiasco, but it was writing derivatives on housing loans and other products and the dollar amounts were much larger than the numbers affected by this year’s crop losses. Plus the $10 billion to $15 billion underwriting loss will not be completely borne by the insurance industry. The government will bear some of it.

He said some wells have been shut off because farmers have hit their irrigation limits. He’s encouraging producers to talk to their insurance agent to make sure everything is handled and documented properly.

“The crop insurance portion of the farm bill that’s been in place for the past several years has been successful in this sense – it got a lot of people insured,” Barnaby said. “There’s no doubt that farmers with this crop loss in 2012 are going to be covered a lot better than farmers were in 1988.

“Congress and the USDA have put a lot of effort into moving farmers from “free” disaster to a farmer-RMA premium shared crop insurance program. I find it ironic that many people are criticizing the size of the insurance program’s participation and the resulting payments.”