Some producers miss soybean planting window due to lack of rainfall. 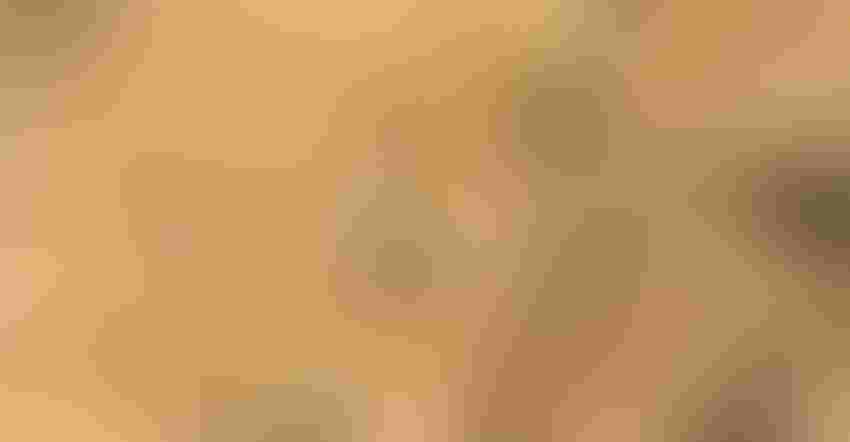 “We’re waiting on rain,” says Tim Krenek, who farms and runs a seed business near Wharton, Texas, along the Upper Gulf Coast.

Krenek says he got about 80% of his soybeans planted by early May and was waiting for a rain to keep those growing. He was also waiting on rain before planting the other 20% of the crop.

Drought is particularly frustrating this year with bean prices at all-time highs. “I like to have good prices, but Mother Nature has a say, too,” Krenek says.

This spring has been the flip side of last year.

“The area from Wharton on down toward Corpus Christi is dry,” Krenek says.  “They have had some rain in the Valley.

“Last year was excessively wet. If we had half the rain last year and half this year, we would be in good shape.”

“We're having a very tough early season with the lack of rainfall,” says Clyde Crumley, who runs a crop consulting business with his son, Ben.

“Normally, most folks wait and plant soybeans last in their crop sequence. Some missed the window of opportunity for soil moisture this year.

“It’s hard to tell exactly how widespread this drought is,” Crumley adds. “Within our sphere of influence, it's serious.

“I have heard it's very bad down the coast around Corpus Christi and on up to Victoria. In Matagorda County, some acres we scout have been abandoned; however, if it starts to rain, we'll jump in and begin managing it, but for now, we're in a holding pattern. It's only a small amount of what we scout.”

Crumley agrees that this year is about as different as it could be from 2021. “In the El Campo area, rainfall this time last year, the 30-day period of April 10 - May 10, was over 8 inches. This year, for that same time period, we've received 0.16 inch.”

Krenek says soybean acreage in the area would have been up this year, but drought might hinder that projection. “The intention was to plant more acres of beans. Economics favor beans over corn.”

He hopes to get a rain in time to get another 200 acres of soybeans planted. “We’re waiting on rain, but the next 10 days show zero chance. We have some time; June 15 is the insurance deadline.

“Typically, we average 60 inches of annual rainfall. Not so far this year, but we might get it all at once, when we don’t need it. We missed rain this week. Again.”

He’s done well with soybeans. “We average 75 bushels per acre on beans, going back several years.”

He says micronutrients play a key role in those consistent yields. “We use a lot of humate acids and a lot of triple 20.”

He says they add foliar nutrients to soybeans every time they spray. “The foliar feed we use contains liquid potash and humates along with 20-20-20.”

Krenek also plants corn and cotton, and says they are suffering from the same problems as the beans.  “Corn is tasseling in the heat. Temperatures this week (May 8-14) have ranged from 92 to 97 degrees. That’s not great for corn pollination.”

He says all his cotton is up but in some areas, cotton didn’t emerge well. “A lot is up but just sitting there.”

One bright spot so far has been spring wheat. “My sons planted 200 acres of spring wheat and are cutting it now, making more than 50 bushels.  The wheat market is still very good at more than $12.”

All markets have been exceptionally strong. “I remember once before when corn got to $8,” Krenek says. “I had never seen $12 wheat, and I don’t think I’ve ever seen $16 beans.”

He hasn’t given up and says he’s dodged some bullets before. In 2017 I had some beans cutting 85 to 100 bushels per acre and harvested two days before Hurricane Harvey showed up.”

In addition to drought and heat, high input costs put a squeeze on margins. But cutting corners only hurts yield, Krenek says.

“We’re farming like we always have. It’s hard to cut fertilizer. If we cut back on P and K, we deplete the ground for later years.”

He says the corn crop is done. “We’ve done all we can do; everything is in. Now, we will wait and see if we have anything to harvest.”

Corn and cotton yields also have been good.  “We averaged 155 bushels of corn last year and picked over 2-bale cotton, around 2.5 bales. We made a very good cotton crop last year.”

He is looking to cut back tillage. “We break land every year. We tried cover crops for three years but had a hard time getting a crop to emerge through the residue. Next year, we might try cereal rye; we can lay it down and plant into it without doing a lot of extra work. Extra work means more fuel. We want to cut back on fuel use.”

He says faith keeps him going. “We have to have faith in the good Lord, otherwise there’s no need to farm.”

He and two sons farm together but with separate fields and separate equipment. “But we all work together.”

Crumley says most crops in the area are suffering, particularly corn and grain sorghum. “Remarkably, cotton, where the stands started off well, still looks okay. When it will hit the fan is when it begins to bloom, two to three weeks away.”

Crumley says farmers are waiting on a planting rain. “And the clock is ticking.”