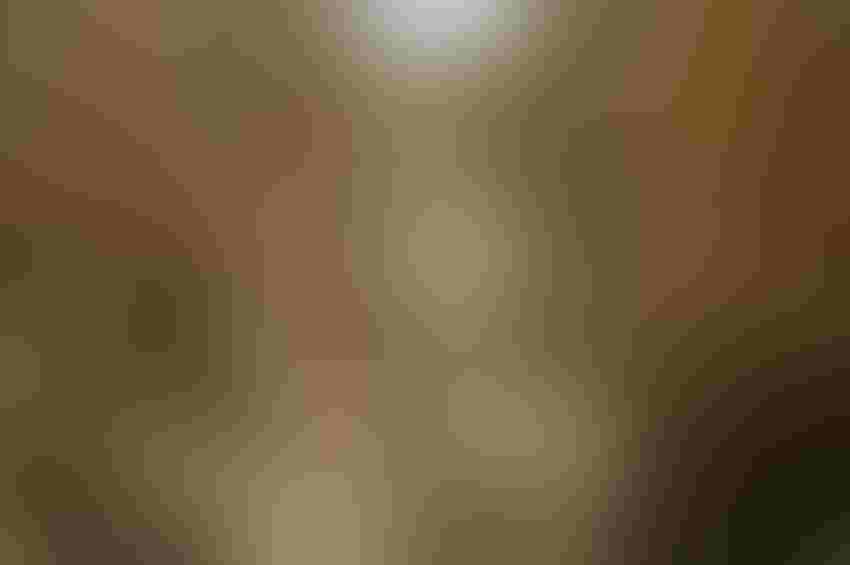 Cover crops, in conjunction with reduced-till planting and rotation, could be an important part of row crop farmers’ moisture management systems — and in some cases could provide a bump in yield.

“Cover crops are not a new concept,” says Paul DeLaune, associate professor and environmental soil scientist at the Texas A&M AgriLife Research Center at Vernon, Texas, who discussed the benefits of these practices at the Red River Crops Conference at Altus, Okla. The conference, in its third year, alternates between Texas and Oklahoma, and is a joint venture of Oklahoma State University and Texas AgriLife Extension.

Taking a new look at a concept that has been a common practice in agriculture in the past, but not as much in recent years, may help stretch limited water supplies, DeLaune says.

DeLaune says an expressed goal in the 2014 National Cover Crop conference was to increase cover crop acreage from the current 2 million acres to 20 million by 2020. USDA-NRCS initiatives include an effort to “armor the soil, increase diversity, and have a living root year-round.” Another initiative is to increase global water capture by 20 percent by 2030.

“A ‘4 per mil’ international initiative also seeks to increase soil organic carbon by 0.4 percent annually and to halt the annual increase of carbon dioxide into the atmosphere.”

He has conducted research on several cropping systems over several years, including conventional tillage, no-till, no-till with cover crops, and with various cover crop mixes. Cover crop options include Austrian winter field pea, wheat, crimson clover, Sunn hemp, and hairy vetch. Cover crops were terminated at various times, depending on species, before planting cotton in May.

NRCS offers a recommended cover crop mixture to provide adequate cover and residue for no-till planting. In some cases, funding for cover crop establishment may be available from NRCS.

A significant advantage with a cover crop is the ability to capture and store moisture during the off-season for use by summer crops. DeLaune says tests often don’t show a statistically significant yield increase, but cover crops and reduced tillage provide other benefits, including reduced erosion and improved soil health.

A last soil prep tillage will dry out the soil, he says. “Even if we get rain, we don’t get the recharge we get from no-till, with or without a cover. With conventional tillage, we store 10 percent to 20 percent less soil moisture.”

Last year offered a different perspective for comparison. Winter and spring rainfall resulted in less loss of stored moisture. “This was the first year we saw a significant beneficial response with the cover crop,” he says. “We saw significant yield advantage with wheat versus no cover crop.”

Carbon capture is also a significant goal with cover cropping systems, DeLaune says, noting that a 30-year continuous cotton study shows 90 percent carbon loss. “Switching back to no-till rebuilds carbon by only an insignificant amount over 25 years — the carbon is lost. Continuous cotton provides little residue, and when we get a 20-inch rain in May, a lot of soil washes away. Infiltration rate is greatly improved with no-till and a cover crop. Over time, no-till improves soil infiltration.”

Cover crop establishment and management cost will be a factor, he says, and may be more than can be recouped with increased yield. Cost of growing a cover crop ranges from less than $10 per acre to as much as $30 per care, depending on the species.

Rotation with a high residue crop, such as grain sorghum, improves oil health and cotton yield potential, he says. “In studies comparing continuous cotton with a sorghum/cotton rotation, organic matter is higher in the fields with the high residue from sorghum. With continuous cotton, we see no significant carbon buildup.”

Rotation with a good residue crop may be as good as using a cover crop, based on recent studies. “We see significant benefits with rotation,” he says, “and we highly encourage it.”

“We have observed higher infiltration rates and reduced runoff rates with no-till or conservation till cropping systems versus conventional tillage.  Practices such as no-till can increase surface moisture retention, potentially expanding planting windows.”

Producers should be aware that cover crops may take up stored soil moisture early, DeLaune says, but recharge following rain or irrigation will be much improved. “You can expect to see soil moisture benefits during the transition from conventional to conservation tillage systems.”