More than 80% of wildfires in the western United States from 2000 to 2012 burned within a seasonal snow zone. 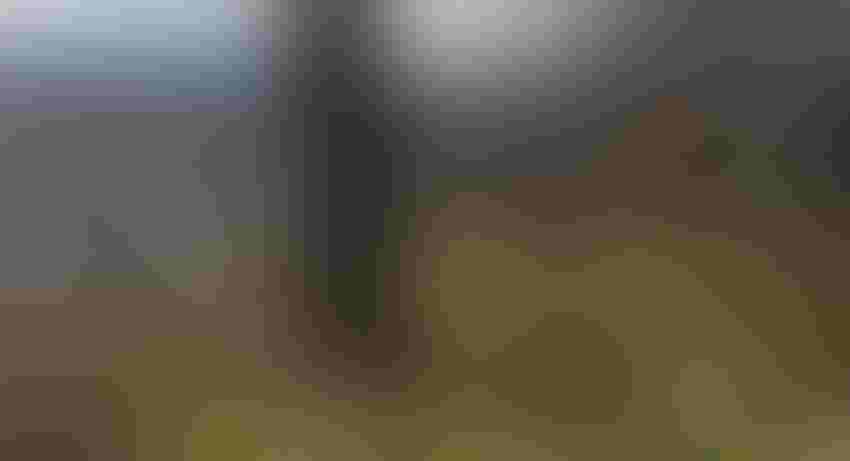 Revegetation in Bull of the Woods Wilderness.Oregon State University

How much and how long a severely burned Pacific Northwest mountain landscape stays blanketed in winter snow is a key factor in the return of vegetation, research by Oregon State University and the University of Nevada, Reno shows.

Published in the Journal of Geophysical Research: Biogeosciences, the findings are important because the severity and frequency of wildfires in the Northwest are increasing, the blazes carry many short- and long-term impacts, and the length of those impacts is linked with vegetation’s re-establishment and recovery.

Postfire revegetation in the forested mountain regions of the Pacific Northwest is a complicated puzzle, the scientists say, but snow cover is a crucial element especially in the Cascade Range in Oregon and Washington. More than 80% of wildfires in the western United States from 2000 to 2012 burned within a seasonal snow zone, a time period that overlaps with the years studied.

“Snow matters to regrowing vegetation following fire, and with double impacts of declining snowpacks and increasing wildfires it is critical that we understand how these changes are affecting Pacific Northwest forests,” said Anne Nolin, who led the study, which began while she was a researcher at Oregon State; she is now a geography professor at the University of Nevada, Reno.

Nolin and Bladon teamed with Andrew Wilson, a graduate research assistant in OSU’s College of Earth, Ocean, and Atmospheric Sciences, on the NASA-funded study that featured before-and-after vegetation analyses for two dozen high-severity wildfires. The fires occurred over a 10-year period among four distinct subregions of the Columbia River Basin.

At nearly 260,000 square miles, the Columbia Basin is the Pacific Northwest’s largest watershed. It contains a variety of fire-prone landscapes that have seen almost 900 fires since 2010, serves as critical habitat for more than 700 species and is a water source for seven U.S. states.

“There are many short- and long-term effects from the forest fires that are hitting the West more frequently and more severely than they ever have, including erosion, debris flows and water quality issues, all of which can be bad for aquatic ecosystems and downstream community water supply,” Bladon said. “The persistence of these impacts is mitigated by postfire revegetation, which depends on a complex network of drivers whose connections haven’t been well studied. Climate change projections and changing wildfire regimes have added to concerns about postfire regeneration.”

The study showed summer precipitation consistently was the most important variable driving postfire revegetation across all four of the subregions examined, said Bladon, who has been studying wildfire’s effects on water quality for nearly two decades. Variables such as snow cover frequency, prefire forest composition and elevation were also shown to be significantly influential for revegetation in the Oregon and Washington Cascades and the western Montana Rockies.

Given trends of increasing wildfire activity, lower snowpacks and earlier snow disappearance dates across the Northwest, forests will likely experience drought conditions more frequently than they have historically, which will have a bearing on postfire vegetation recovery, the researchers say.

“Many of the forested, mountain landscapes in the Northwest are changing at an unprecedented rate, largely because the regional climate regime is changing,” Bladon said. “Forest responses to climate change are also being driven by shifts in the precipitation that influence soil water storage and groundwater.”

Climate change has already increased the percentage of winter precipitation that falls as rain rather than snow, reduced the spring snow-water equivalent – a metric for how much water snow contains – and caused snowmelt to begin earlier in the spring than it used to, Nolin said. Pacific Northwest snowpacks have seen the greatest declines of any seasonal snow region in the West.

“And wildfire season length in the western U.S. overall has increased by roughly 25 days in recent decades, including a massive increase in the Northwest from the mid-1970s, when it was 23 days, to 116 days in the early 2000s,” Bladon said. “That’s attributable mainly to warmer temperatures and drier conditions in the spring and summer.”

With current climate change projections, snowpacks’ role in aiding revegetation will become increasingly important across the West, Nolin said. And where snowpacks have declined, there likely will be ecosystem transitions that look like a shift from forest to non-forest, from evergreen to deciduous vegetation.

Bladon suggests fire can be looked at as an opportunity for forests to reassemble into ecosystems better suited to survive warmer winters, longer fire seasons and more drought stress.

“That’s at the heart of the challenge of reconciling a changing climate’s ecological forces with postfire forest management goals – the goals are often oriented toward re-establishing forests as they existed before the fire,” he said. “But with shifting climate trends in the region, that might not be the most adaptive path forward for forested landscapes.”