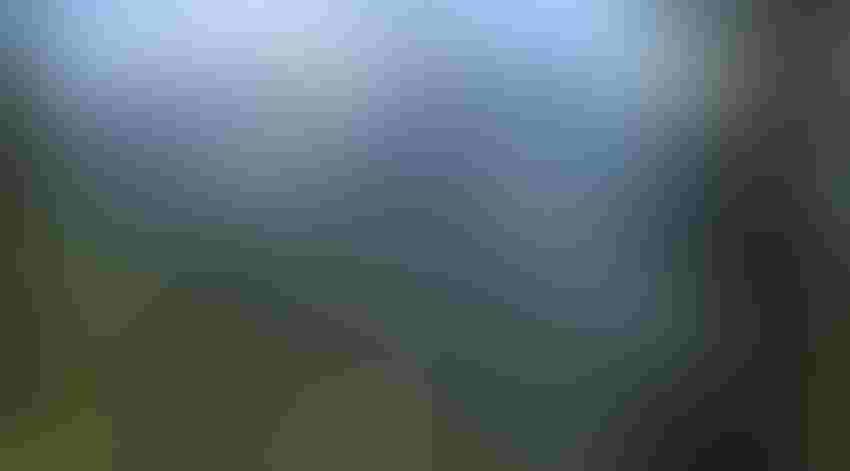 The United States should immediately move to create a collection of strategic forest reserves in the Western U.S. to fight climate change and safeguard biodiversity, asserts a scientific collaboration led by an Oregon State University ecologist.

Bev Law, her College of Forestry colleague William Ripple and other scientists from around the West argue that climate change and biodiversity are inextricably linked and that strategic forest reserves would tackle both “emergencies” while also promoting the protection of water resources.

Collaborating with Law and Ripple were Polly Buotte of the University of California, Berkeley; David Mildrexler of Eastern Oregon Legacy Lands; and Logan Berner of Flagstaff, Ariz.-based EcoSpatial Services LLC.

The scientists make their case, and lay out a framework for developing the reserves, in a paper published Dec. 14 in Communications Earth & Environment.

Describing the U.S.’s natural wooded systems as “America’s Amazon” and forest protection as “the lowest-cost climate mitigation option,” the researchers emphasize older forests’ ability to accumulate massive amounts of carbon in trees, vegetation and soils, to provide homes for wildlife and to serve as sources of water for drinking and other uses.

“Policy makers, including those in the Biden administration, frequently talk about the need to protect forests in developing countries,” Law said. “Forests in the Pacific Northwest have enormous carbon storage potential but U.S. public lands are often overlooked. Little attention has been given to the nexus of high carbon density and high biodiversity forests in the temperate region, and their importance to climate mitigation and adaptation.”

The scientists note that multiple nations have pledged to meet goals commonly known as 30x30 and 50x50; the former calls for protecting 30% of land and water areas globally by 2030, the latter 50% by 2050. Hitting the 50x50 target is widely viewed as necessary for ensuring the Earth’s biodiversity, the researchers say.

GAP 1, as defined by the U.S. Geological Survey, refers to permanent protection such as wilderness areas and national parks, where natural disturbances such as fire can proceed without interference or are mimicked via management activities. On GAP 2 lands, uses or practices that degrade the quality of existing natural communities, such as road building, may be allowed, and suppression of natural disturbances is allowed as well.

They found 8%, 57 million acres, of the total land area of the study region has GAP 1 protection, including 32 million acres of forest. Another 5%, 44 million acres including 11 million forested acres, is protected at the GAP 2 level.

“To achieve 30% protection of forest area in the West by 2030, an additional 25 million acres of forest must be protected at these levels,” Law said. “Protection at the level equivalent to wilderness would be best for biodiversity, which would increase the additional needed acreage from 25 to 36 million acres.”

Currently, the percentage of forest habitat preserved for bird, mammal, amphibian and reptile species is about 18% for each of them, and 14% for tree species. Preserving more old growth forest would help birds such as the threatened marbled murrelet and northern spotted owl, Law said. Large, threatened carnivores such as the gray wolf and Canada lynx would benefit as well from expanded regional forest protections.

Related: If you want to preserve freedom, stay engaged

“We are pushing ecosystems to the point where they may not recover unless we take aggressive actions to reduce atmospheric greenhouse gases and protect plants, animals and the rich natural reservoirs of carbon,” Law said. “In Oregon alone, 80% of drinking water comes from forested landscapes, and protection would help address water scarcity and provide security in the face of climate change.”

To get to 30% protection of forest area in the West by 2030, researchers identified the areas that could serve as strategic climate reserves using an analysis framework that could be applied in other regions with sufficient data, they say.

The framework produces preservation priority rankings by using spatial metrics of biodiversity, carbon stocks and accumulation under climate change and future vulnerability to drought or wildfire. In the West the highest priority forestlands are mainly under federal ownership, with substantial areas controlled by private entities and state and tribal governments.

Many federal forest lands would reach GAP 2 protection simply by phasing out grazing, mining and logging and strengthening protection via administrative rule, Law said. Inventoried roadless areas make up almost 42 million acres of national forest in the West and are readily available for permanent protection, she added.

This research was supported by the U.S. Department of Agriculture.