Researchers are investigating critical groundwater declines in Arkansas and how to recharge it. 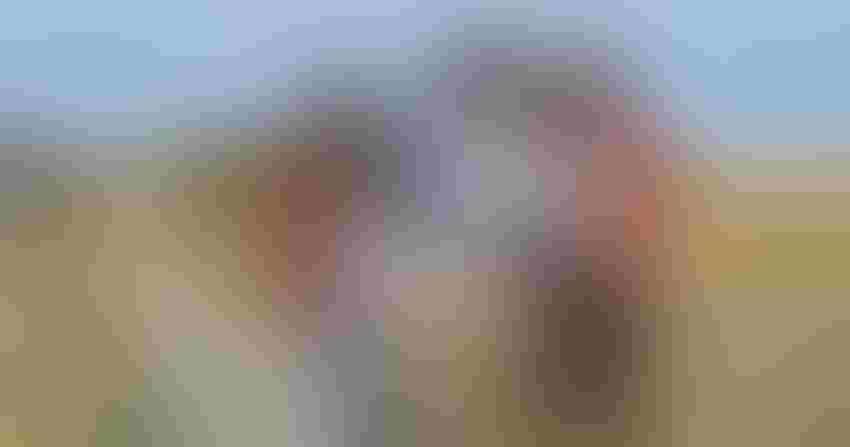 Across the Delta, decades of groundwater pumping have caused declines in the Mississippi River Valley Alluvial Aquifer (MRVA). These declines in the aquifer have resulted in critical groundwater areas in Arkansas, and researchers are investigating how to recharge it.

An area with an on-farm reservoir in the Cache River Critical Groundwater Area (CRCGA) serves as the research site, and the Delta Water Management Research Unit (DWMRU) of the USDA – Agricultural Research Service (ARS) is steering the project. 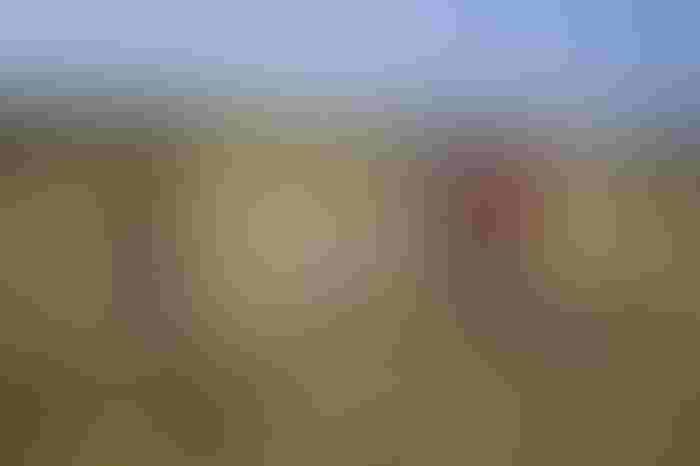 Michele Reba, hydrologist and lead scientist for the DWMRU, was joined by a group of team members to give an overview of the Managed Aquifer Recharge (MAR) project.

“The background is based on significant declines we have seen in the CRCGA since the 1980s. A large portion of the aquifer is made of coarse material and can hold water, but portions of the aquifer are no longer holding water.

“When paired with the excess surface water in the area, the aquifer characteristics provide opportunity for this MAR system.”

Reba said project development has taken the work of many proponents in the ag industry including researchers, landowners, graduate students, and funding entities including the Natural Resources Conservation Service and Cotton Incorporated.

Tom Wimpy, farm operator at the site of the project, said,

“We have farmed this ground for the last 5 decades, and we have worked with this research team for years in the use of water conservation, said Tom Wimpy, farm operator at the project site. “This project came along as an opportunity to recharge the aquifer with available surface water, and we are looking forward to the results.”

In time, upwards of 140 reservoirs have been established across CRCGA to compensate for dry wells and the drop in the water table. 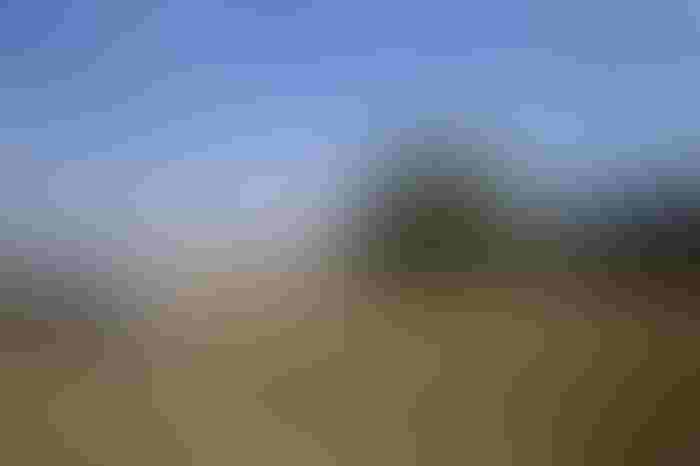 “We get 50 inches of rain on average most years,” Reba said. “The reservoir systems essentially allow for the storage of surface water in the winter and spring. Farmers can store and use that water during crop production in the summer when they need it most."

She added that implementing a reservoir system is a landowner's decision that may require some cropland to be taken out of production. It works well for many farmers depending on their location and the type of crops they grow.

Naturally, the reservoirs work as settling basins. In turn, the water is less laden with sediment and provides a cleaner water source for the aquifer recharge.

Site selection was part of the background research for the MAR system.

Deborah Leslie, assistant professor in the Department of Earth Sciences at the University of Memphis, said, "In choosing the site, we first had to characterize the reservoir to determine if we could use it as source water.”

A research team studied the feasibility of 70 reservoirs in the central CRCGA, and evaluation included: 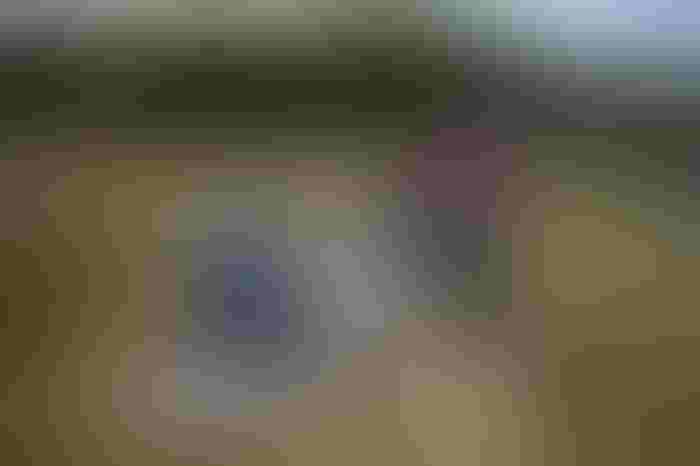 The project is powered by solar panels and teamwork. (Whitney Haigwood)

They narrowed it down to five possible locations for site selection. Leslie described the hydrology of the chosen site, which sits a lengthy 125 feet above the water table.

"There is a cap that is mostly clay and extends approximately 12 feet. That is great for rice irrigation because the soil holds water at the surface. In turn, it prevents water from getting down into the aquifer.

“Below the clay cap, you meet the upper aquifer that is primarily 100 feet of sand, making a nice natural filter for the injected surface water,” she said.

The research team was required to obtain a permit from the Arkansas Department of Environmental Quality (ADEQ). The approval allows for annual injection, well above the water table, at the research site from Nov. 1 to April 30.

The permitted timing ensures the project will not impact irrigation using reservoir water during the crop production season. In addition, the timing presents less risk from nutrient and chemical runoff in the surface water.

Reba heavily expressed that water quality is a principal component of the project.

“In replenishing the aquifer, we are very careful and cognizant of the quality. If injecting causes any issue with the water quality, we will need to reevaluate,” she said.

Infiltration galleries are gravel-filled trenches constructed in the upper unsaturated MRVA sand with plumbing connecting them to the source water outflow. At this site, there are two trenches.

Construction started in October 2020. Due to weather delays, it took six months to excavate the site and install the plumbing system.

Allegra Pieri is an Arkansas State University graduate student of environmental science and a technician for the DWMRU. She was the on-site lead during the construction of the infiltration gallery and described the process.

Construction took place on an open area next to the reservoir levee. Two trenches were excavated 17 feet below the surface. Each trench is trapezoidal in shape, spanning 60 feet by 20 feet at the top and narrowing toward the bottom.

"A good amount of trench safety was required during the excavation process to remove the clay cap," Pieri recalled.

The trench was filled with gravel and the sides and top were lined with filter fabric, and a plumbing system was placed in the gallery.

“A horizontal distribution pipe was laid across the top of the gravel, and vertical injection pipes were attached to it. Those injection pipes were extended to the land surface as the excavated material was moved back over the trench during the backfill process,” she explained.

After battling more weather delays, the gallery was fully closed and backfilled in February 2021. Pieri said it took an additional year to configure the distribution, power, and pumping systems.

The MAR system runs on solar power and marine batteries. Three pumps in the reservoir send the source water into a large holding tank on top of the levee.

The water gravity flows through a central line and is dispersed into the underground plumbing. It is then filtered as it moves through the gallery and into the aquifer.

Last season the team was focused on construction and operation performance. Initial pumping began in February 2022. While it was short lived due to timing permitted by the ADEQ, Pieri noted a confirmed saturation shift tracked by soil conductivity.

This season the team will pump and inject surface water for the entire permitted window. The goal is to see a rebound in the water table and quantify it.

A flow meter records the volume of water that is being injected.

There are three monitoring wells triangulated around the gallery. These wells are equipped with instruments to measure changes in the groundwater level.

To protect the safety and integrity of the project, water quality will be measured at all points in the system by evaluating the reservoir water, the unsaturated zone below the gallery, and local groundwater.

Leslie noted, “The groundwater has higher constituents compared to the reservoir water, so we closely monitor samples to ensure we are not putting anything into the groundwater that was not already there.”

A big concern is potential clogging in the gallery from sediment-laden material in the surface water. If that happens, less water will be able to move into the aquifer and will ultimately impact the longevity of the MAR system. Reba asserted there is more to be discovered on this possibility.

“It is not yet ready to be put on farm. We cannot confidently say what we will get from this system. That is why we are taking measures to quantify every step. If it works here, we may be able to scale it up at other locations.”