NMSU researcher aims to identify agricultural strategies for capturing carbon dioxide from the atmosphere and storing it in the soil as organic matter. 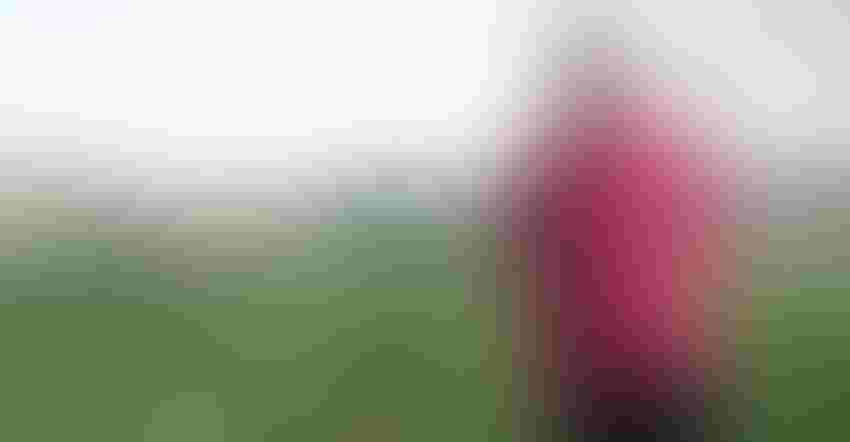 With climate change impacting communities across the globe, a New Mexico State Unviersity researcher from the College of Agricultural, Consumer and Environmental Sciences, is working to develop techniques to relieve agricultural production stresses via carbon sequestration.

Ghimire’s research goals include finding mechanisms of carbon storage in soils under diverse agricultural management and permanently storing carbon underground so that it doesn’t go back out to the atmosphere as carbon dioxide.

“My whole focus is on identifying agricultural strategies for capturing carbon dioxide from the atmosphere and storing it in the soil as organic carbon,” Ghimire said. “In agricultural ecology, we use plants as a CO2 pump because plants, during the photosynthesis process, capture and store carbon in above- and below-ground biomass. When the plant material and residues are added to the soil, the carbon gets into the soil.”

Ghimire explained soil macro and microorganisms process the plant biomass into finer organic matter, which can remain in the soil for several years in soil aggregates, react with soil minerals, or transform into complex organic molecules that stays in soil for hundred to thousand years.

“My research team has been exploring how much biomass is needed to enhance these processes, what soil and crop management practices favor CO2 sequestration, and what are the drivers for its permanent storage in the ground,” he said."In addition, we look at how this carbon storage contributes to soil health, minimizes global warming potential, improves the resilience of agriculture, and increases farm profitability.”

“If we can reduce the concentration of greenhouse gases in the atmosphere, then we can improve our environment,” Ghimire said.

Since joining NMSU in 2015, Ghimire has expanded his studies to understand soil health and carbon sequestration in arid and semi-arid areas.

“If we look at New Mexico, cropland and rangeland make up almost 60% of the land area, and soil carbon sequestration in these areas could substantially benefit the state,” he said. “Developing techniques that work for this area can go beyond New Mexico. I have been promoting a ‘more carbon per drop’ approach, which involves using water more efficiently for maximizing crop production and carbon sequestration in dry environments. We can have a global impact by implementing this approach in carbon management.”

Having grown up in the mountains of Nepal and lived in the western United States for more than a decade, Ghimire has experienced many different crop production issues. But his top priority has been improving soil for better crop production. Increasing carbon storage and improving soil health provides the foundation to achieve that goal.

“Water is the lifeline of agriculture in the western U.S.,” he said. “Improved water management increases crop production and sequesters more carbon in the soil, leading to improved climate resilience and agricultural sustainability.”

Ghimire is currently working to develop multiple techniques for carbon sequestration and soil health management in New Mexico and has several ongoing projects.

“Overall, the goal on all these projects is connecting dots of improving agricultural production, water-use efficiency, increasing carbon sequestration, and mitigating greenhouse gas emissions,” he said.

Ghimire said his long-term objective is to help underdeveloped countries through his research and production technologies. He believes developing reliable carbon sequestration strategies in New Mexico could benefit nearly 40% of the world and touch the livelihood of almost 20% of the global population residing in arid and semi-arid regions.

“New Mexico is the ideal test bed for carbon and water management research for dry environments,” he said. “There are many underdeveloped countries in arid and semi-arid regions. Climate change and food security are two major threats to humanity in these countries. I’m working on technologies and practices that tackle both at the same time. Improved soil health and increased carbon sequestration could serve a dual goal, and that’s why I focus on both in my research.”