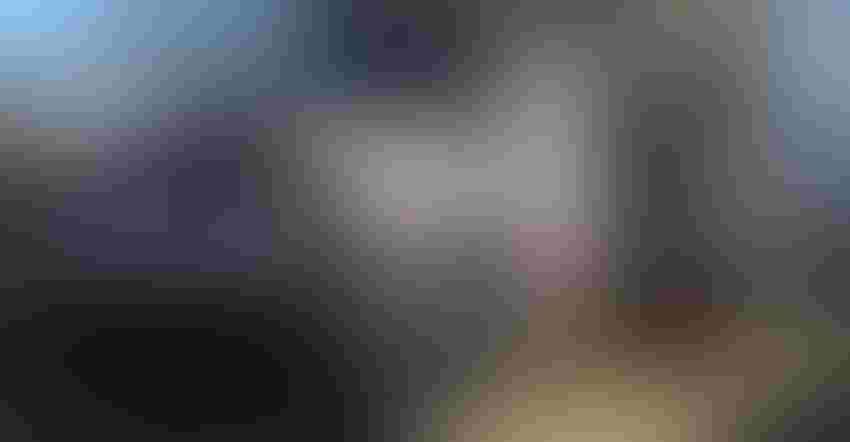 OVERLOOKED AQUIFERS: "The purpose of this publication is to inform people that many Nebraskans use aquifers other than the well-known High Plains aquifer, and to answer questions commonly asked about these aquifers," says co-author Dana Divine.

Nebraska's underlying geological formations store more groundwater than any other state, and in western Nebraska, groundwater is used for irrigation, livestock, municipal water systems, rural homes and other uses.

Now, a first-ever comprehensive summary of the location and characteristics of the seven secondary aquifers in Nebraska has been published.

"An Overview of Secondary Aquifers in Nebraska" was produced by the Conservation and Survey Division.

Co-authors are Conservation and Survey hydrogeologists Steve Sibray, at the UNL Panhandle Research and Extension Center in Scottsbluff, and Dana Divine, in Lincoln. Divine, Sibray and cartographer Les Howard compiled and analyzed data, wrote text, and created maps that show the location of more than 4,000 active wells spread across 30 counties in eastern and western Nebraska.

The secondary aquifers discussed include the Chadron, Brule and Upper Cretaceous aquifers in western Nebraska, and the Western Interior Plains, Dakota, Codell, and Niobrara aquifers in eastern Nebraska.

"More than one secondary aquifer is used in some counties," Divine says. "The maps in this publication are printed on transparent overlays so that the spatial relationship of the aquifers to each other is clear."

Hard copies of the publication are $24.99 each from Nebraska Maps and More Store on the first floor of Hardin Hall at UNL's East Campus; online (look under the "Educational circulars" category); or by phone at 402-472-3471. A free PDF is available at digitalcommons.unl.edu.

Sibray says the publication has been in the works for about a year. It incorporates research and data from the Conservation and Survey, and from the Nebraska Department of Natural Resources. When well drillers register new wells with DNR, they also file logs describing the geology.

In addition to the locations of the aquifers, the publication discusses how extensively the aquifer is used, average well depth and depth to water, as well as yield, locations of recharge and discharge areas, water quality, and potential problems associated with using the aquifer.

The western aquifers include the Chadron, Brule and Upper Cretaceous formations. These are older, deeper geologic formations, according to Sibray, and can have problems with water quality. They lie underneath the primary aquifers and exist in areas where primary aquifers are not present.

Only 11 active wells and one inactive well have been identified in the Upper Cretaceous aquifer in Nebraska, all used for livestock or domestic purposes. All of them except one are in extreme western Kimball and Scotts Bluff counties. The other one is in Banner County.

The next oldest is the Chadron Aquifer. It is developed primarily in the Panhandle, but might be a minor source of water in parts of surrounding states. There are about 163 active registered wells screened entirely in the Chadron, most of them used for domestic and livestock purposes, although some are used for irrigation. In the Scottsbluff area, a number of rural homes north of the city tap into the Chadron for drinking water. Another 50 or so wells are screened to draw water from both the Chadron and High Plains aquifers. These are mostly in the southwestern part of the state.

The third secondary aquifer in western Nebraska, also the shallowest and youngest geologic formation, is the Brule Sand-Sandstone Aquifer. The Brule is present in parts of the Panhandle. Of the wells that tap into the Brule, about half are for private domestic use, one-third for livestock, and the remainder for irrigation and monitoring purposes.

"People should find this publication helpful if they have concerns about their water quality or if they want to know if they have potential to install a well in an area where the High Plains aquifer is absent," Sibray says. "They should get a good idea of how deep these aquifers are and what to expect in terms of well yield and water quality."

This report comes from Panhandle Perspectives, a regular column from the Panhandle Research and Extension Center.