Hundreds of Wisconsin farmers have joined these groups because they want to improve their local water quality. 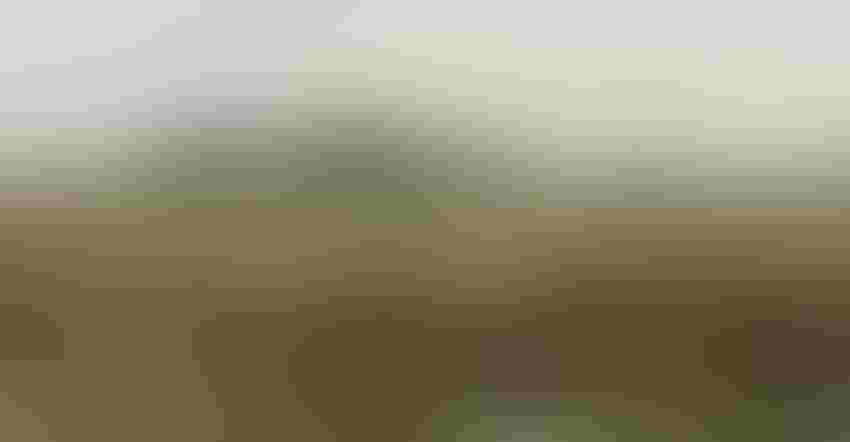 WATERSHED GROUPS: During the first year of the Wisconsin Producer-Led Watershed Grant program in 2016, $242,550 was awarded to 14 groups. This year, $1 million was awarded to a program-record 36 groups across the state. Farm Progress

Hundreds of Wisconsin farmers have gravitated to producer-led watershed groups for a variety of reasons over the past half-dozen years.

Wisconsin’s Producer-Led Watershed Protection Grant program has been a success beyond the expectations of those who crafted the initiative in 2015. Program funding to help farmers implement conservation practices on their farms has continued to increase, with $1 million distributed this year to 36 watershed groups across the state.

Dana Christel, a conservation specialist at the Wisconsin Department of Agriculture, Trade and Consumer Protection, oversees the grant program for the state agency. She says about $4.2 million has been allocated to 41 watershed groups since the first funds were distributed in fiscal year 2016.

“As far as I know, this is the only state program that provides funding specifically for farmer-driven [conservation] efforts,” Christel says. “I know there are other farmer-led conservation groups popping up throughout the country, but I think our program is unique in the way it’s structured. Our groups can focus on things they feel really meet the needs of their local resource concerns.”

Each farmer-led group must partner with a county land conservation department, Extension, the Department of Natural Resources or another nonprofit conservation organization on their projects. The emphasis is on innovation and practices not already covered by other state or federal programs.

The watershed groups use DATCP grants to provide financial incentives to farmers to implement conservation practices, for education and outreach, on-farm demonstrations, and water-quality testing and monitoring efforts.

Tara Daun, Wisconsin Farmers Union farmer-led watershed coordinator, works directly with four farmer-led councils in Dunn, Pierce, Polk and St. Croix counties. She says each of the groups has a different emphasis, depending on the local culture and goals of the farmers involved.

“The groups are incentivizing a lot for cover crops to hold the soil on the ground and help scavenge nitrogen,” Daun says. “It’s not just manure causing [groundwater contamination] problems, it’s also fertilizer.

“So many farmers don’t have control of the narrative. [The watershed groups] provide an opportunity for farmers to get together and organize to talk to the public about what they’re doing and prove they’re part of the water quality solution. Farmers are not trying to pollute the water; they’re doing their best to keep it clean.”

Daun says farmers know that taking care of water quality challenges voluntarily will reduce the amount of regulation coming down the pike from state or federal agencies.

Watershed meetings and field days provide farmers with an opportunity to speak freely about challenges they are facing and come up with practices they can try on their farms.

“A lot of farmers feel as if they have a target on their backs,” Daun says. “Within these groups, they can talk about things with other farmers. ‘Yes, I have a challenging spot in my field, too, and this is how I handled it.’ They’re able to talk through the practical challenges with other folks who have similar problems.”

One of the more active watershed groups has been in Lafayette County, where the Lafayette Ag Stewardship Alliance has partnered with The Nature Conservancy to work on implementing innovative conservation practices.

Steve Carpenter, LASA’s vice chairman who farms near Darlington, is one of 36 farmers who are part of the group.

“I think we all want clean water — that was one of the big topics we talked about from the beginning,” he says. “Working together to be better stewards of our land is key to our watershed project. Every meeting when we get together, I learn something new. It’s nice that other farmers can try some different practices, and we can share what does or doesn’t work.”

Before LASA was formed, it wasn’t uncommon to see county highway department personnel shoveling soil off local roads after a big rainstorm — erosion from farm fields that lacked soil-saving practices.

“It was a big problem,” Carpenter says of soil erosion in Lafayette County. “I think you see a lot of people changing in recent years, learning from each other. At the end of the day, we still have to have productivity. We can’t go out there and not get the yields. I think we’re learning how we can get that productivity and still be good stewards of our land by using good conservation practices.”

One of the latest practices being tried in Lafayette County and other parts of the state is “planting green,” or planting corn or soybeans directly into a growing cover crop (most often a small grain like rye or wheat) without killing it by herbicide or mechanical means first.

Some of the $40,000 watershed grant money LASA received this year is being used to incentivize the practice on member farms, Carpenter says.

“Once again, it’s a learning curve,” he says. “We had a field day on it this spring. It’s kind of neat to see how it works.”

LASA has been a strong promoter of a years-long study looking at well-water contamination in southwest Wisconsin. The Southwest Wisconsin Groundwater and Geology study, or SWIGG, tested 816 wells during 2018 and 2019. Of those 816 wells, researchers found 32% had contamination, a higher percentage than the statewide average.

The study sought to identify the causes of the contamination, not just the presence of it, and found that human wastewater was the cause of water contamination more than livestock manure.

“It shows we all need to work together in this, not just farmers,” Carpenter says.

Kriss Marion is a farmer-member of the Pecatonica Pride Watershed Association, a group that has focused primarily on streambank restoration and trout stream improvement between Blanchardville and Argyle in Lafayette County.

The group helped establish a WAVE team — which stands for water assessment by voluntary evaluators — to monitor the quality of water in the Pecatonica River.

Marion says watershed groups such as Pecatonica Pride and LASA knew there were a lot of polluted wells in Lafayette County before the SWIGG study provided concrete results.

“Lafayette County has really greened up a lot since [the watershed groups formed], and I think we are having a really big impact,” Marion says.

“I think we certainly have an understanding that we don’t want to lose our soil, because our soil is our wealth. That’s where all the fertility comes from. Generally, what these watershed groups are doing is keeping soil in place and keeping it healthy. That has the dual effect of keeping the water clean.”

Patty Edelburg, who farms near Amherst Junction with her husband, Gary, has been involved in the Farmers for Tomorrow River Watershed Council in the Tomorrow River/Waupaca River watershed. The group was the first of the farmer-led groups to work on mitigating nitrates in groundwater.

“Most work on phosphorus levels; we have been working on nitrates,” Edelburg says.

The watershed group formed primarily in response to belief by local residents that a large farm in the area was polluting the groundwater.

“We really set this up to try to offset a lot of the conversations saying that farmers aren’t doing anything to prevent groundwater pollution,” she says. “We wanted to educate the public and say, ‘This is what farmers are doing. We’re not the culprits. Work with us. We can all go forward together.”

Farmers for Tomorrow, like many of the watershed groups, offers per-acre cost-share incentives for farmers to plant cover crops and implement no-till planting methods.

“Farmers are really starting to get into some of these practices,” she says.

Christel has worked on a tracking project to collect information from the groups on the conservation practices they’ve implemented and the water quality outcomes from those practices.

Data released in 2021 showed that conservation practices among the producer-led groups grew by 82% from 2019 to 2020.

While the producer-led grant program has grown exponentially over the past six years, Christel believes there are still more opportunities for farmers to get involved in watershed groups.

“Since the start of the program, we have funded 41 groups,” she says. “Each year we continue to connect with groups of farmers that are interested in applying. It hasn’t seemed to slow down or be saturated yet. We’ve received more requests for funding than we have been able to fund pretty consistently.”