Farmer uses milpa gardens to give back to communities and improve soil health. 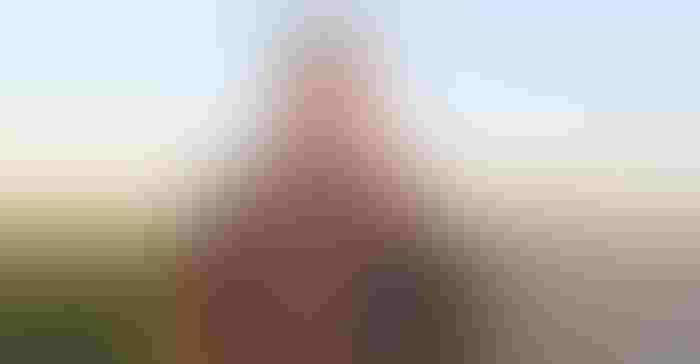 This field on a county gravel road 10 miles south of Chapman, Kan., may not look special to the casual observer. But while some might see chaos in the jumble of plant species, others, like Mark Knopp, see a modern-day cornucopia.

Welcome to the Sonshine Milpa Garden, where Knopp has planted the seeds of giving for his neighbors. There are 43 fruit, vegetable, and flower crops in this 1.5-acre patch. And they’re all free for the community to enjoy.

The Knopp family has been growing wheat and row crops in eastern Dickinson County and Morris County, Kansas, for generations. Mark and his brother, Rod Knopp, have ties to the land, and their neighbors, that run deep.

In 2013, Knopp decided to start growing cover crops in his rotations to improve his soil.

“My goal is twofold,” Knopp says. “I want to shade the ground in the summer and suppress the weeds. And by shading the ground, we also can conserve the moisture.” Additionally, he uses sunflowers and radishes in his cover crop mix to break up compaction.

“I’ll cut the wheat and plant a cover crop as soon as I can,” Knopp explains. He uses a broadleaf cover mix so that he can spray it with Select to kill any volunteer wheat. Winterkill terminates the cover crop naturally for him, so that the following spring he can come back and plant either soybeans or corn. After he harvests those crops, he’ll plant wheat specifically as a cover crop, once again keeping the soil covered and the microbes fed.

In nearly 10 years of using cover crops as a soil health tool, Knopp has seen his fields improving.

“The first thing I learned was, that cover crop is going to retain that moisture and have better soil moisture at planting, and that translates to better yields,” he says. That living root provides his soil microbes a buffet, too, which helps them grow and work better in the soil, he adds.

This cover crop system has increased his wheat, corn and soybean yields. He has seen better water infiltration rates on fields where he’s planted cover crops, ensuring that when rain comes, it stays on his fields and doesn’t run off. Plus, it pencils out.

Knopp figures his cost to cover crop is roughly $50 an acre for the seed and drilling — roughly the same cost of one application of herbicide.

“If I don’t spray this field to pull the weeds back, and I have something growing out there, I’m not out anything,” he says. It’s why his goal is to plant 100% cover crops on his farm — and he’s getting there, acre by acre.

It’s one thing to raise a cover crop for soil benefits. But then Knopp, his wife DeAn, and his brother, Rod, heard about the milpa garden concept. And the seed of an idea for helping their neighbors was planted.

“Milpa” is a Mayan word for a field cleared for farming. A milpa garden expands upon Indigenous people’s historical companion farming practices of “the three sisters”— planting corn, beans and squash in the same field for a diverse polyculture. The milpa garden, or “chaos garden,” takes this concept further by using a blend of 43 different vegetable and grain crops.

Knopp gets his milpa seed mix from Green Cover Seed, headquartered in Bladen, Neb., which offers a First Acre Program to farmers. If they commit to donate at least 50% of their vegetable crop to communities or food banks, the first acre of seed mix is free.

All of those crops have tremendous value as cover crops for the soil’s benefit, but the Knopps saw how their neighbors might also be able to benefit from the healthy bounty of fresh fruits and vegetables as well.

So, in 2021 the Knopps tried their first milpa garden on a 1-acre plot along a paved county road in Dickinson County after wheat harvest.

Once the vegetables started producing, the Knopps posted the field’s location on a local community Facebook group and invited the public to pick what they could. No charge.

“There were people stopped there every day,” he says with a grin. “And some days there were three or four people that would stop and just rummage around in there.” Families would bring their children out to look for pumpkins or gourds for fall decorations. One local cook started posting recipes of what you could make with the various vegetables found in the garden.

The crops will produce at different points along a 30- to 90-day window, which provides loads of opportunities for the public to come harvest crops. The earliest crops will be salad greens, starting at 30 to 40 days. They’ll be followed by the cucumbers, summer squash, cauliflower and broccoli at 50 to 90 days. The last vegetables will be the sweet corns, melons, winter squash and decorative gourds at 75 to 90 days. And the leafy greens like radishes, turnips, collards and mustards will survive that first frost and actually become sweeter after their starches are converted to sugars, according to Green Cover literature.

This year the Knopps planted two milpa gardens — one in Dickinson County and one in neighboring Morris County. And Knopp sees the family continuing to plant milpa garden plots in the future, too.

Afterall, there is a lot of good that can be harvested for others.

Green Cover Seed, according to its literature, launched its milpa garden concept in 2017, with a partnership with the Farm to Food Bank in Oklahoma. That first year, Green Cover provided milpa garden seed to several regenerative farmers in Oklahoma who grew and harvested about 6,800 pounds, or 5,440 meals, of fresh fruits and vegetables that were then donated to the Regional Food Bank of Oklahoma.

Today that’s grown into the First Acre program, which is a partnership among Green Cover, The Nature Conservancy and Syngenta. This program can provide free seed to more than 1,000 First Acre participants.

Over the last five years, Green Cover has discovered some tips to help milpa gardens grow: