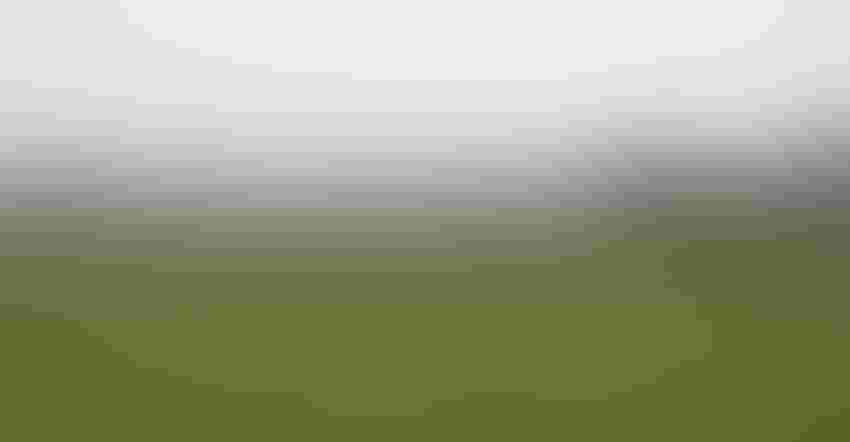 BETTER UTILIZE WATER: If you want to put on more water at once and make better use of it, experts advise incorporating reduced tillage and cover crops into your system.Tom J Bechman

Runoff is just a symptom of the problem, which is poor water infiltration into your soils. The solution is to improve infiltration and soil’s water-holding capacity.

What would an additional 1% soil organic matter mean to your crop and late-season water needs? With increased extreme weather events, it means water is stored for future use instead of running off.

Irrigation water is also lost through evaporation. A wide variety of drop nozzles and high-efficiency nozzles can be used to reduce evaporation loss. The use of high-residue cropping systems utilizing no-till, strip till and cover crops will keep the soil surface covered, protecting it from evapotranspiration, improving infiltration and leaving more water for your cash crop to utilize.

One tool to help determinate water-use efficiency is a uniformity test, which shows where too little or too much water is applied during irrigation. Testing is accomplished by placing catch cans at specific distances under the whole system and running the system for a specified time to see how much water was applied.

Another device for your irrigation toolbox is a soil moisture probe, which can be used to help schedule applications based on current field conditions. It can also measure whether you’re getting the intended amount of water to the root zone.

These probes can provide real-time data that is accessible from your smartphone, tablet or computer, allowing you to monitor irrigation systems without a field visit. There are different types of probes, so work with a reputable dealer to find the best probes for your operation and to ensure proper installation and calibration.

During the drought of 2012, the Natural Resources Conservation Service in Indiana worked with a farmer who stated, “We have invested in irrigation over the years to prepare for summers like 2012. In a field that had not yet been converted to no-till and cover crops, we could only apply a half-inch of water before it began to run off. Where we had three years of no-till and two years of cover crops, we could put over 2 inches of water on without runoff … that field made 230 bushels per acre!”

The impact of improved irrigation efficiency is a positive return on dollars invested not only in an irrigation system, but also a soil health system.