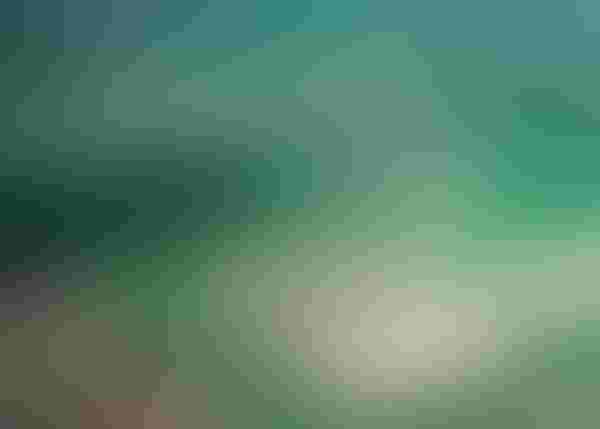 Clay Mitchell, Buckingham, Iowa, farmer and biomedical engineer spoke about using technology on the farm at the Advanced Agronomy Conference in Edmonton, Alberta, Canada, on Nov. 19. Mitchell moved valuable topsoil from grass waterways, where silt accumulated, to areas lacking in topsoil. With a goal of 8 in. topsoil depth across most areas, he scraped topsoil from “surplus”-topsoil areas (such as along grass waterways).

Thanks to telemetry (real-time data gathering), each pass across a field contributes more data to a field’s elevation map. “It’s also good for identifying areas with erosion,” he says.

By moving valuable topsoil from surplus areas to eroded areas in need of topsoil, Mitchell calculates he added $6,000/acre to his land value at a cost of $810/acre (labor and machinery), based on three years’ data from doing so on his home farm.

Automation allows him to automate the moving of this valuable accumulated soil to areas that really need it to be productive. “We can do in one day what would take a crew of 12 to do without telemetry,” Mitchell says. With 1 acre-in. soil weighing 165 tons, multiple machines with automated mapping speed things considerably.

“In terms of opportunities, a drought year is when soil productivity is most differentiated.  In fact, the hybrid-maize yield model from the University of Nebraska predicts such a decreasing impact of soil on plant yield during good weather that soil type actually becomes a non-factor under optimal moisture.  The sandy soils where crops die off the fastest this year are also the soils with a low ability to hold nutrients, resist erosion and support a healthy soil ecosystem.  Yield maps this year will provide a very special data layer for future understanding of our soils,” Mitchell says.