The release of Silent Spring by Rachel Carson in 1962 is widely viewed as the beginning of the environmental movement. 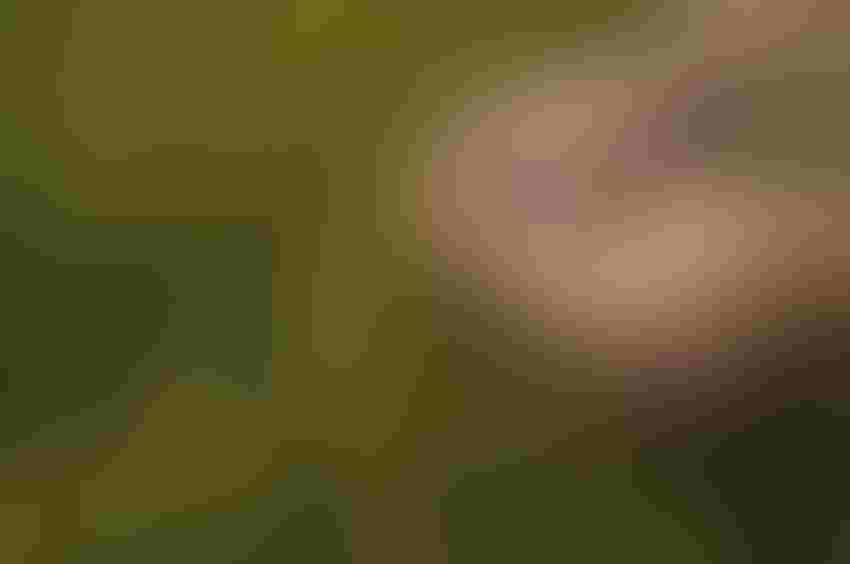 Many of today’s disagreements over the use of pesticides and herbicides and their effects on the environment trace back directly to the publishing of a book 55 years ago.

The release of Silent Spring by Rachel Carson in 1962 is widely viewed as the beginning of the environmental movement. The book’s central claim was that the powerful pesticide DDT, which could kill hundreds of different kinds of insects, was also responsible for disrupting the food chain, poisoning water systems, introducing toxins to the world’s food supply, causing cancer and damaging the genetic codes of humans and other animals.

Chemical companies vigorously defended against the attacks on their business, but the extensive documentation that Carson included with Silent Spring was enough to bring the debate to the attention of President John F. Kennedy and the U.S. Congress.

Tom Phillips, Kansas State University professor of entomology, called the book’s arguments “passionate and detailed” in describing the impacts of chemical pesticides on the environment.

“I am among those believing that Silent Spring was a fair and sorely needed evaluation of the problem at that time,” Phillips said. “The book marked the beginning of the modern environmental movement that launched the start of the Environmental Protection Agency under the Nixon administration within 10 years of the book’s publication, and the momentum to carry on with environmental attention to agriculture and other human activities to this day.”

At Kansas State University and elsewhere, researchers continue to seek chemical combinations that are effective in controlling weeds, pests and plant diseases. Meanwhile, others work to breed crops that are naturally resistant to pests without having to rely on chemicals as much. Still others face the real danger of weeds and insects evolving resistance to chemical controls found to be safe, which forces scientists to create new chemical compounds and test for both their effectiveness and any potentially negative effects on the environment.

Plant breeding is an important aspect of environmental research.

“Our plant breeders are continually searching for genetically based sources of resistance to diseases and pests to incorporate directly into varieties and hybrids released from K-State,” said Ernie Minton, associate dean of research and graduate programs at K-State’s College of Agriculture. “Doing so logically simplifies crop management and reduces the need for additional control inputs that add costs. The ancillary benefit, of course, is also less potential for negative impacts on soil and water quality.”

That’s especially important in a state such as Kansas which, in most years is the No. 1 wheat crop producer. Nearly one-fifth of all wheat grown in the United States is grown in Kansas by about 20,000 farmers, according to Kansas Wheat.

The kinds of questions posed by Carson and those she influenced help today’s scientists find solutions to problems of pests, weeds and disease while ensuring they are safe for the plants and animals they aim to grow and feed. Continually asking those questions helps scientists work through the process of elimination as they methodically learn what works and what doesn’t work.

Researchers identify varieties of crops that have a resistance to certain insects or weeds and, through years of crossbreeding, introduce those and other specific traits from one variety or line of wheat, for example, into another line of wheat to enhance it with those traits.

“In agriculture, we look toward low-impact, non-chemical or reduced-chemical ways to produce more and better food,” Phillips said. “My own field of integrated pest management allows for judicious use of chemical pesticides only when needed, but with increased yield and quality promoted by pest prevention and monitoring for problems before pest levels get bad. Plant and animal sciences strive for increased yield with lower inputs. I believe we have the ability to feed the world now with minimal impact to the environment as a whole.”

Phillips said university and other nonprofit research is critical to solving these and other problems.

“Kansas State University, along with other universities, government agencies and many other non-governmental organizations and private companies focused on food and agriculture, will support scientists to develop environmentally safe and cost-effective technologies that can be adopted to produce more and better food,” Phillips said.

Some of Kansas State University’s most notable work in developing plants that are naturally resistant to specific pests has been in combatting yield-robbing rust diseases in wheat, and soybean cyst nematode in soybeans, according to Gary Pierzynski, university distinguished professor and head of the university’s agronomy department.

“We have placed an emphasis on developing new soybean varieties with resistance to soybean cyst nematode,” said K-State agronomy professor and soybean breeder Bill Schapaugh. “This work has been accomplished in cooperation with Tim Todd in plant pathology.”

In addition to helping in the development of resistant varieties, Todd has conducted long-term research on the impact of cyst nematode resistance on the nematode populations in Kansas.

“This is outstanding work that has current implications to producers,” Schapaugh said.

Helping producers and, ultimately, consumers is the consistent drumbeat to which all K-State researchers march because, as Phillips said, more work needs to be done.

“In my opinion, our society, now more than ever, uses science-based agriculture that has minimal chemical inputs and limited impacts on the environment, while maximizing production of food and fiber,” Phillips said.

“Our environmental awareness is substantially advanced from its state in 1962 with the publication of Silent Spring. I am hopeful that the trajectory sparked by Rachel Carson’s book will continue to minimize our negative impacts on the environment while we continue our good work to feed the people of the world.”