Kansas Geological Survey crew will measure, monitor the drop in the High Plains aquifer in January. 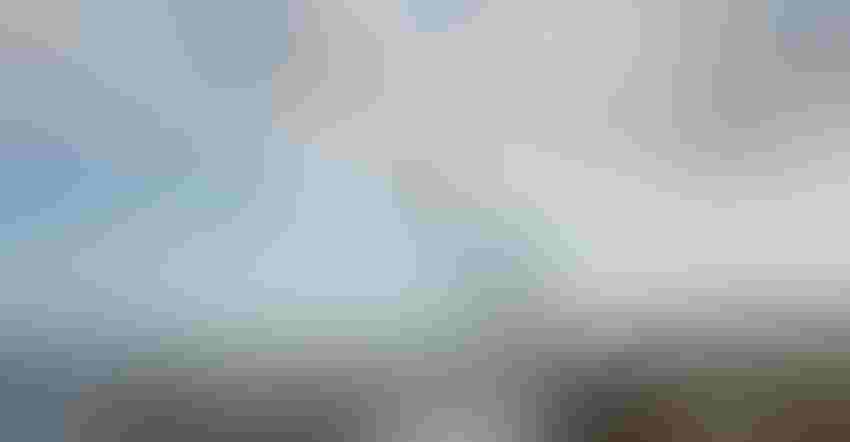 WELL SURVEY: The Kansas Geological Survey will be measuring groundwater levels in western Kansas the first week of January. These annual measurements help researchers and irrigators monitor the drop in the High Plains aquifer.Jovanmandic /Getty images

A crew from the Kansas Geological Survey, based at the University of Kansas, will be in western Kansas measuring groundwater levels the first week of January.

Levels are measured annually as part of a joint project conducted by KGS and the Kansas Department of Agriculture's Division of Water Resources to monitor the health of the state’s valuable groundwater resources.

Weather permitting, the KGS crew will be working near Colby on Jan. 3, Goodland on Jan. 4, Ulysses on Jan. 5 and Liberal on Jan. 6.

Most of the measured wells tap into the High Plains aquifer, a massive network of underground water-bearing rocks and the main source of water in the region. The rest draw from deeper aquifers or shallower alluvial aquifers along creeks and rivers.

“The lack of moisture across much of Kansas this past year is on par with what we saw in 2011 and 2012,” Wilson says. “Most of the High Plains aquifer region of Kansas has been under some level of drought condition since the start of the year, and that trend is continuing right into 2023. This has resulted in increased pumping demands that have stretched into the fall and early winter. As such, we are expecting water levels to be down across the state.”

The High Plains aquifer underlies portions of eight states. In Kansas, it encompasses three individual aquifers — the Ogallala aquifer, the Equus Beds around Wichita and Hutchinson, and the Great Bend Prairie aquifer around Pratt and Great Bend.

Groundwater levels in much of the state’s portion of the Ogallala aquifer, especially in southwest Kansas, have been on the decline since water use started to rise in the mid-20th century. Dry years lead to increased water usage, primarily for irrigation, which in turn typically causes greater declines in water levels.

How they do it

The KGS and DWR measure depth to water in more than 1,400 wells in 48 counties, primarily in January, to avoid as much as possible the skewed data associated with short-term declines caused by widespread pumping during the growing season. This year, KGS will measure 582 wells, and crews from the DWR field offices in Garden City, Stafford and Stockton will measure 827 wells.

Wells are accessed with landowners’ permission, and many have been monitored for years, although new wells are added as older wells become inaccessible or to fill in spatial gaps in the monitoring network. The majority are within the boundaries of the state’s five Groundwater Management Districts, which are organized and governed by area landowners and water users to address local water resource issues.

Historical annual measurements for each well are available on the KGS website. Results of measurements made in January will be added in late February.