Thinking of agricultural fields as potential recharge basins opens the possibility of increasing locations of recharge. 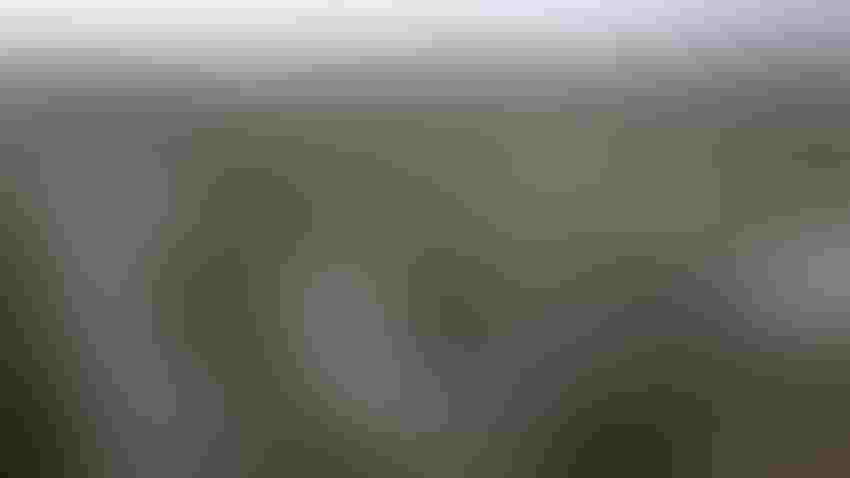 When California experiences drought due to a lack of rain and snow and the reservoirs don't fill up, people pump water out of the ground to meet their needs. But that practice has its limits, as groundwater aquifers -- underground layers of porous rock -- get depleted, similar to how water squeezes from a sponge.

Many of California's groundwater aquifers, especially in the San Joaquin Valley, are critically overdrafted. They are being depleted faster than they are being recharged by water from the surface percolating through the soil to groundwater. Overdrafting is a concern because California relies on groundwater aquifers as a water storage and supply resource. They must be protected to ensure water security in the future.

To direct surface water back into the aquifers, recharge basins are built, but they are limited in number and volume. Thinking of agricultural fields as potential recharge basins opens the possibility of increasing the number of locations where groundwater aquifers can be recharged.

Alfalfa is a crop that has a unique potential to support this practice because it is widely grown in the San Joaquin Valley and, in many cases, the plants are dormant or semi-dormant during the winter months. University of California researchers Helen Dahlke, Nick Clark and Khaled Bali are investigating how alfalfa copes with additional water in the winter and early spring, when snowmelt runoff occurs, for groundwater recharge.

“We hypothesized that water can be recharged in dormant and early regrowing established alfalfa fields successfully, and with little to no harm to the plants and the productivity as far as the farmer is concerned,” said Clark, a UC Cooperative Extension farm advisor.

The findings have shown great promise for recharging groundwater without negatively impacting alfalfa yield but may diminish quality. “You could do recharge in winter and then turn the water off completely and still get a cutting or two of alfalfa before the summer,” said Bali, a UCCE irrigation water management specialist.

Like Bali, Clark thinks alfalfa growers could use their fields for recharging groundwater while taking steps to limit loss of crop value.

“We did find that the practice of recharging groundwater in alfalfa fields can have a negative impact on the feed quality of the alfalfa when first harvested after the flooding,” Clark said.

“One big recommendation we have is that the alfalfa fields should be in their later years of production so if something disastrous happens, there is not so huge of investment return lost,” said Clark. “There is current research being conducted by UC Cooperative Extension specialists Dan Putnam and Khaled Bali examining practical solutions on the farm level that growers can implement to minimize the risk of damage to alfalfa when also flooding fields for groundwater recharge.”

“It requires an approach from multiple disciplines to address that complexity,” he said. “Helen brings hydrological expertise, while I can focus on agronomy. So the information we provide is more holistic and relevant on a larger scale, but still practical and applicable for farmers.”

Grower input on the research findings has been critical to their success. “With their feedback, we were able to reform some of the project methodologies to achieve results that were even more relevant to the local conditions,” said Clark.

With the prolonged drought, innovations in groundwater recharge are becoming more crucial. Future research will continue to focus on how growers can use their land in multifaceted ways to improve California's water sustainability far into the future.