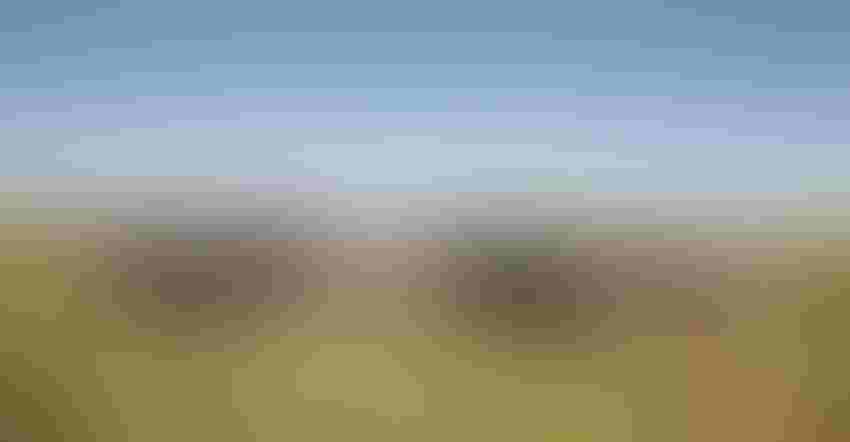 SHOWCASING EFFORTS: During a recent tour with Audubon Dakota, the Doan family of Black Leg Ranch shared their grassland conservation efforts and showcased their pastureland.photos by Sarah McNaughton

For the Doan family of Black Leg Ranch in Sterling, N.D., it’s all about bettering the land. The land, which has been in the family since 1882, is home to a herd of bison and Black Angus cattle that roam on the pastures.

“We’ve embraced holistic management on this ranch, and we’re all about regenerative agriculture,” Jerry Doan says. “We’re not only improving our grasslands, improving our cropland — agriculture really can be the solution to our climate issues.”

Doan is not new to practicing regenerative agriculture, as Black Leg Ranch was the inaugural Leopold Award Winner in North Dakota in 2016.

The ranch is also a part of the National Audubon Society’s Conservation Ranching Program. Through this partnership, Black Leg Ranch recently led a ranch tour called “Grazing the Grasslands” to showcase its regenerative agriculture practices and conservation efforts that benefit the land.

“We generally share that what’s good for birds is good for people,” say Kristal Stoner, executive director of Audubon Great Plains. “Landowners are the stewards of the land, and we want to make sure we’re bringing new science, new information to the ways landowners manage their property, so it can benefit birds and wildlife, but also people.”

A large piece of this conservation ranching program focuses on the benefits of cattle grazing and being raised on the grasslands.

“When we talk about regenerative ranching programs, there are lots of ways we can move cattle around the landscape, mimicking the patterns the prairie used hundreds of years ago,” she says. “The land becomes more resilient. It’s stronger. It returns nutrients to the soil. The grass is healthier, and it’s good for cattle and good for the birds, too.”

While the Doan family has been practicing regenerative agriculture on their ranch for years, Doan says there are easy steps to start these practices on your own operation.

“I’d say that folks should start slow and find what works for you to address your goals,” he says. “If you’re seeing progress, don’t worry about what Jerry Doan or what anyone else is doing. I started slow, and I took one big pasture, divided a couple of times, and saw progress.” 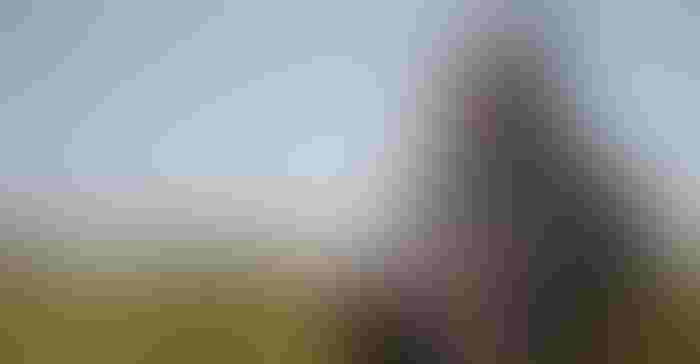 COVER CROPPING: Rancher Jerry Doan stands in a field planted with a cover crop mix, which is used to attract wild birds to the ranch and serves as cattle feed during winter.

Doan says a big hesitation for many is fear of the unknown. “People can get scared of doing things differently,” he says. “You have to manage properly, and fencing is a challenge.”

The Doans found benefits in controlling the size of their cattle for efficiency and profitability. “Our cows have gotten bigger and bigger here in the United States, and we brought our size back to around an 1,100-pound cow,” he says of the cattle in their grazing system. “We’ve got some that are a little bigger, but they’re efficient and can be grazed on grass without a lot of inputs.”

Sustainability is a hot topic that everyone from agriculture to corporations discuss and market toward, but for Doan, it isn’t about sustainability. “Why would I want to sustain something that’s degraded? To me, it’s regenerative,” he says. “Lewis and Clark said grass here was abundant and saddle high, but over time, we’ve degraded the resource, and we need to bring it back.”

Doan’s passion for conserving the resources and grasslands on his farm and within North Dakota is easy to see through everything he does and shares about his operation. “If we love what the grasslands provide, we better pay attention,” he says. “We only have 25% left in North Dakota, and we could easily lose another big chunk of that. We better pay attention and do what we can.”

While the heart of the operation is making the land the best they can, the Doan family also runs other operations — Rolling Plains Adventures, a full-service hunting service; Black Leg Events, an event venue and wedding service; and Black Leg Brewery, offering a collection of micro-brews.