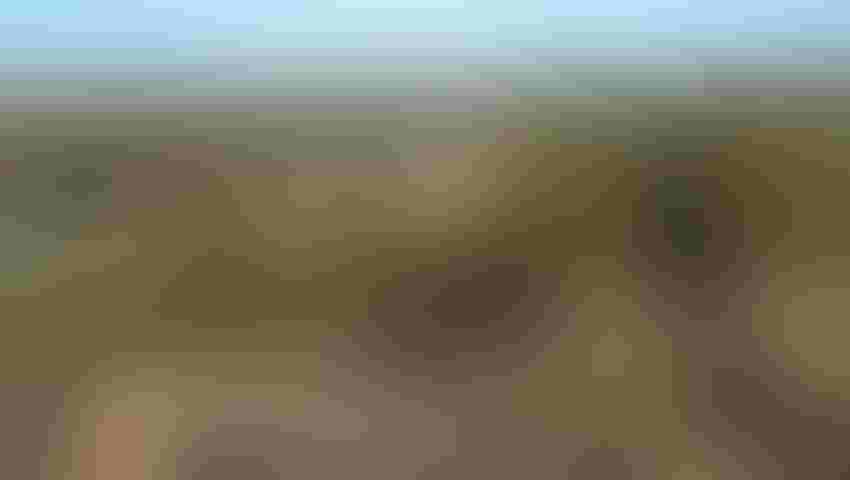 Water runs through a ranch in western Wyoming.Tim Hearden

When it comes to water, most of the time people don’t get along, observes rancher Michael Condict.

Not in a state where water is scarce, the irrigation season is short, and livelihoods depend so heavily on the land.

The Brush Creek drainage of Wyoming’s North Platte River Valley is one of the most complex irrigation systems in the state. Condict’s family has ranched this land for generations—and for generations, there’s been conflict over water rights. Who gets water? When? And how much?

Using a booklet developed by water rights consultant and former state representative Jeb Steward, it was possible to calculate water priorities by hand, but the process was time consuming and without buy-in from everyone, disputes continued to erupt.

Finally, in 2013, the conflict escalated beyond the State Engineer’s Office to Governor Mike Mead’s Office. From a tense meeting in Saratoga emerged a possible solution: what if scientists from UW’s hydrology program were hired to run the numbers and ensure that priorities were allotted correctly?

In partnership with the University of Wyoming College of Agriculture, Life Sciences and Natural Resources, Condict and his neighbors agreed to try a new approach. Led by hydrologist Scott Miller, university scientists were enlisted to provide impartial irrigation administration in accordance with Wyoming law.

The devil you don’t know

Understandably, many ranchers were hesitant to relinquish control over such a vital resource. When livelihoods are on the line, there’s no room for error. In the Brush Creek drainage, the irrigation season only lasts about a month and a half—enough for one cut of hay.

“I think a lot of people are so used to fighting that the idea of turning over the control over their water to some 20-year-old kid from the university is a scary thing,” Condict explains. It was the “devil you know versus the devil you don’t know” mentality.

But, when it became clear that the only alternative was going to court again, ranchers in the Brush Creek drainage decided it was time to take a chance.

The first step in implementing a more effective administration program was to compile accurate measurements of flow in the system.

Until this point, the flow of water in the Brush Creek drainage was largely determined by the flow of arguments. “At that point, we had no way of knowing what should be in any of the ditches,” Condict recalls. “It was just a guess—and fighting.”

Miller’s team needed to determine how much water was moving, where it was coming from, and where it was going—not easy questions in a complex system like Brush Creek. Next, they had to map dynamic flow data onto the intricate web of water priorities defined by state law.

Joe Cook, who joined the project as an irrigation administrator more than six years ago, estimates that there are more than 200 individual water rights associated with the Brush Creek system. Some date back to the 1860s, before Wyoming achieved statehood.

In keeping with state law, the most senior rights receive their allotted 1 cubic ft/second (cfs) of flow per 70 acres of irrigated land allotment first, followed by others in the drainage in chronological order.

The purpose of the program, says Cook, is to provide impartial administration of water rights to improve inter-ranch relations and protect water rights and their associated lands through the correct apportionment of available flows to both native and imported water rights.

Each summer, an irrigation administrator, typically a graduate or Ph.D. student at UW, takes on the responsibility of monitoring flow and adjusting headgates based on priorities and predicted flow.

The administrator must know, at any moment, which water rights are “in” and which are “out,” and be able to adjust the system accordingly. Flow is tracked constantly, both online and manually, to ensure the correct amount of water is going to the correct locations in the correct order. Flow is typically adjusted twice daily, sometimes more.

In the first years of the project, it took administrators several hours a day just to perform the calculations required to determine what the proper flow should be at each site.

Now, they use computer modeling and real-time data collected by the State Engineer’s Office and multiple devices Cook has installed. Ranchers in the group receive reports on water levels and flow twice daily.

“It’s never going to be perfect,” says Cook, “But we can make it as good as possible.”

As the scientists continue to fine-tune the coding program used to predict flow, irrigators have added new infrastructure to the system.

“Every time there’s a new flume it makes it easier because it’s another place in the system where you know how much water is there,” Cook explains. “It’s worthwhile for ranchers to put in a measuring device because it means they get water more accurately in individual ditches.”

The Brush Creek model depends on constant, meticulous monitoring of the flow of water through a complex network of creeks and ditches, but it also relies on trust and cooperation.

“The administrator has to gain the trust of the ranchers. The only way to do that is working hard and being honest and admitting mistakes when you make them,” says Cook.

Keeping good records helps build trust. One method of practicing accountability and transparency appears in the form of small notepads tucked into plastic boxes at each headgate.

“Every time I make an adjustment, I write down what the water level currently is, and then what it’s predicted to be, and I write how many turns I did to adjust it,” explains irrigation administrator and UW graduate student Kathleen Bracken.

In addition to tracking water levels and flow on their phones, this is another way that ranchers can keep tabs on what’s going on. “If anyone makes a change, you write what you did and why…that way the next person that comes along isn’t trying to solve the mystery of what’s different,” says Condict.

Instead of shutting off a headgate based on an assumption that might not be correct, an irrigator can now check the digital reports and notebook before making a change. If they do make a change, it is expected that they will record the adjustment.

At this point, ranchers mostly leave adjustments up to the administrators. While individuals may not trust one another, they have come to trust the process.

Condict and his neighbors are on call if emergencies arise. If a downed tree or large dam of trash creates a blockage, the administrator contacts those whose water rights are impacted and they assist in clearing the ditch.

A day in the life

On May 15, 2022, UW graduate student Kathleen Bracken began her second year as an irrigation administrator in the Brush Creek system. It’s a 24-hour job in some cases, she says good-naturedly.

Bracken makes adjustments at approximately 20 sites each day, sometimes more depending on conditions. The system is constantly changing and flows peak at night, typically at 10:30 or 11 p.m.

It’s busiest early in the season and when there are rapid increases in flow due to precipitation events, Bracken notes. She’s made more than a few cold, wet trips to adjust headgates in the middle of the night.

During irrigation season, Bracken works six days a week, with another administrator filling in on her day off, and is on call 24/7.

“You can’t really bottle it up into a 9­–5, Monday through Friday [schedule]. It’s the rhythms of the runoff. Kind of like calving, it just happens when it happens,” says Condict.

While new administrative structures can’t eliminate the stressors of drought years and other environmental uncertainties, they can reduce tension.

“I think we’ve become a model and I think the other drainages in the valley may be a little jealous of how well we do work,” says rancher Laura Bucholz. “Because we didn’t work well, for so long.”

Cook and Condict agree that the program could be replicated successfully in other conflict-fraught irrigation systems in the West. The key is getting everyone on board.

“How do you find that willingness among people that hate each other because of the water to come together and try to get along with the water?” Condict asks.

For irrigators in the Brush Creek system, it took decades of conflict and chaos. If their story sounds familiar, it might be time to round up your neighbors and consider trying a new approach.

[Brooke Ortel is a writer and editor for the University of Wyoming Extension.]