Agricultural water zeroed out in California as cities cut from 55% to 25% of normal supplies. 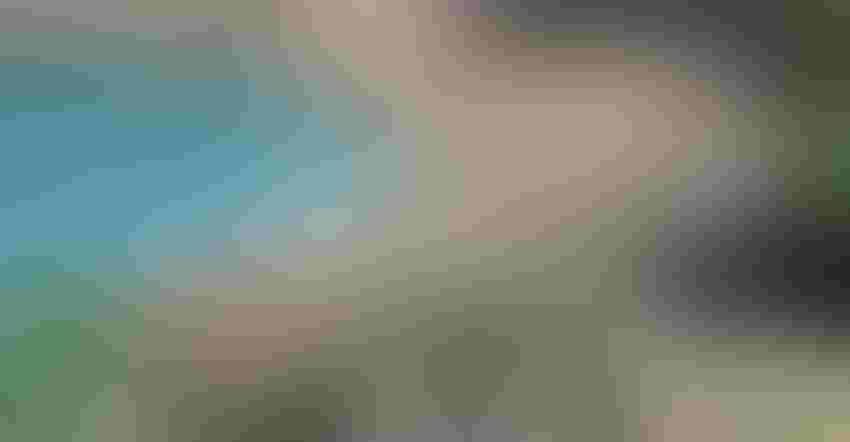 Northern California's Shasta Lake, the centerpiece of the federal Central Valley Project, was at 45% of capacity on May 26, according to the state Department of Water Resources.Tim Hearden

As hydrologic conditions in the West continue to rapidly deteriorate, the U.S. Bureau of Reclamation on May 26 announced it will not deliver agricultural water through the Central Valley Project in California this summer because of water supplies that tighten by the day.

The agency formally zeroed out an early 5% allocation for ag water supplies north and south of the Sacramento-San Joaquin River Delta, and slashed municipal and industrial water from 55% to 25% of normal supplies.

The move was prompted by a 685,000 acre-foot reduction in projected natural flows to the Sacramento, Feather, Yuba, and American rivers between the April 1 and May 1 forecasts, according to the bureau.

The cutbacks are a disappointment -- but not a surprise -- to growers who rely on federal water, many of whom have been planning major cutbacks in plantings this season based on the probability they would get no surface supplies.

“Reclamation’s inability to make water available for irrigation and ability to make only a small amount of water available for domestic use in the second year of drought is one more reminder that the state’s water supply infrastructure is inadequate,” Westlands Water District manager Tom Birmingham told the Sacramento Bee. “The Central Valley Project was originally designed and constructed to supply water through even extended droughts.”

Allocation amounts are based on an estimate of water available for delivery to CVP water users and reflects current reservoir storages, precipitation, and snowpack in the Central Valley and Sierra Nevada, Reclamation officials explained. Shasta Lake, the centerpiece of the CVP, was at just 45% of capacity and 52% of average as of May 26, according to the California Department of Water Resources.

As conditions have degraded, the 2021 water year for the Sacramento-San Joaquin River Basin is currently the driest since 1977, federal officals said.

The reductions come two weeks after Reclamation on May 12 reduced the Klamath Irrigation Project's already minuscule initial allocation of 33,000 acre-feet to zero. The project's "A" canal, which normally carries water to some 200,000 acres of farms in Southern Oregon and Northern California, will remain closed for the 2021 season. Deliveries were previously set to begin June 1, two months later than normal.

The Klamath Water Users Association called it the worst day in the project's history.

“This just couldn’t be worse,” Klamath Irrigation District president Ty Kliewer told The Associated Press. “The impacts to our family farms and these rural communities will be off the scale.”

The shutoff is just the latest saga for a region that has endured endless water conflicts in recent decades, as farms, endangered fish, local American Indian tribes and downstream fishing businesses vie for limited supplies. A water shutoff in 2001 sparked a "bucket brigade" protest that drew national attention.

After the latest shutoff, a handful of protesters affiliated with anti-government activist Ammon Bundy showed up at the "A" canal's head gates in Klamath Falls, Ore., the AP reported.

In California, Gov. Gavin Newsom on May 10 significantly expanded an earlier drought emergency proclamation to include Klamath River, Sacramento-San Joaquin River Delta and Tulare Lake Watershed counties. He initially declared a state of emergency in Mendocino and Sonoma counties due to severe drought conditions in the Russian River Watershed.

In total, 41 counties in the Golden State are now under a drought state of emergency, representing 30% of the state’s population.

Farmers in the Russian River watershed face what one grower called a "bleak" situation, with water from the river likely to be curtailed, according to the California Farm Bureau Federation. Livestock producers are trucking in water, some farmers are fallowing land and others are acquiring recycled water from the city of Ukiah, the Farm Bureau reported.

In the Central Valley, irrigation districts are trying to find supplemental supplies, the CFBF observes. Water transfers could play a key role this summer, though they're not expected to prevent significant agricultural losses, the organization notes.

“In addition to longer-term infrastructure needs, we also need to ensure family farms—and the people, communities and businesses that rely on them—are able to survive this year," Johansson said. "We urge the governor to engage with family farmers, at the local level, to understand how best to ensure that our farms and the food they produce will be available to Californians for years to come.

“Water to farms means food for families, jobs for farm employees and much-needed help for rural economies,” he said. “With predictions that climate change will lead to even less certainty about precipitation and water supplies, California must commit to a full-scale program to increase storage, enhance efficiency and create new supplies through water recycling and desalination.”