Cattle can supply their water themselves using a nose pump. 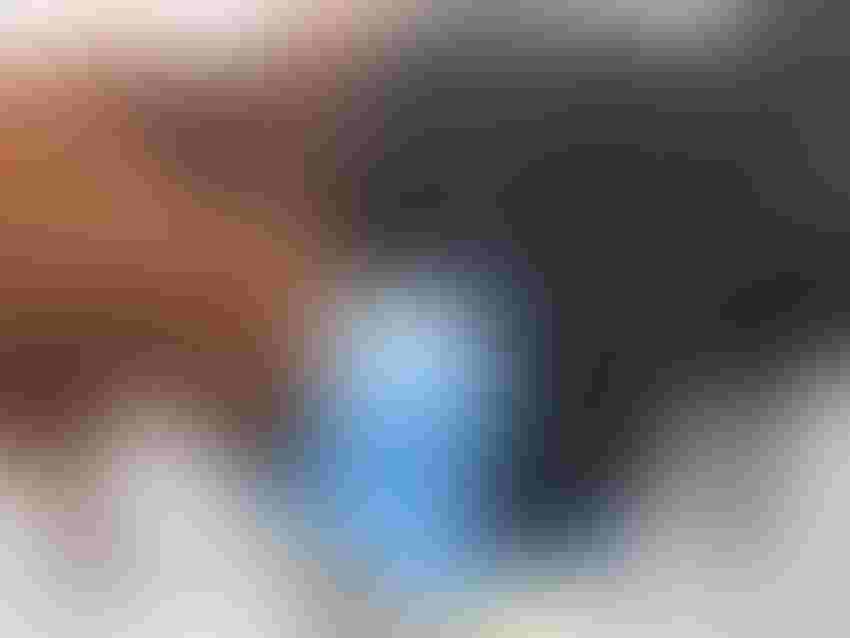 A pair of nosepump watering systems supply winter water for the cow herd at Brigham Young University in Rexburg, Idaho. Running electricity to this pasture would have been expensive.Alvin Lusk

One solution to the winter-water problem for cattle is a frost-free nose pump.

Jim Anderson of Rimbey, Alberta, created this innovative water system 20 years ago. Cattle pump water for themselves from shallow wells, which never freeze up even at 40 below zero.

Anderson’s innovation is a piston pump, like the old-fashioned well where you work the handle up and down to lift water.

“We modified this so cattle could use their noses to push a lever to operate the piston pump by raising and lowering the piston in the cylinder, like a handle used to do,” he explains.

A three-inch cylinder goes down the well casing, which is inside a larger vertical culvert. The waterer is a small basin on top of this, with a lever to be pushed by a cow’s nose. The culvert has two feet above ground, going down to whatever depth to make use of ground water or water from the bottom of a pond or dugout nearby. Water from the pond is piped underground to the bottom of the culvert, where it rises to the same level as the pond surface, but won’t freeze. A buried collection tank from a spring works also. A regular well can be used, as long as water level comes up to within 30 feet of the surface.

Some ranchers use large pipes for the housing, but the typical installation is a road culvert at least 24 inches diameter. The factors that determine how much geothermal heat you’ll gain is how deep you go, and how big a pipe you take to that depth. The bigger the pipe, the more heat rises to keep the water pipe in the center warm enough, Anderson explains.

Alvin Lusk, Manager of Agricultural Resources at Brigham Young University in Rexburg, Idaho, says their cattle facility has two nose pumps. He put in the first one about six years ago and another two years later. 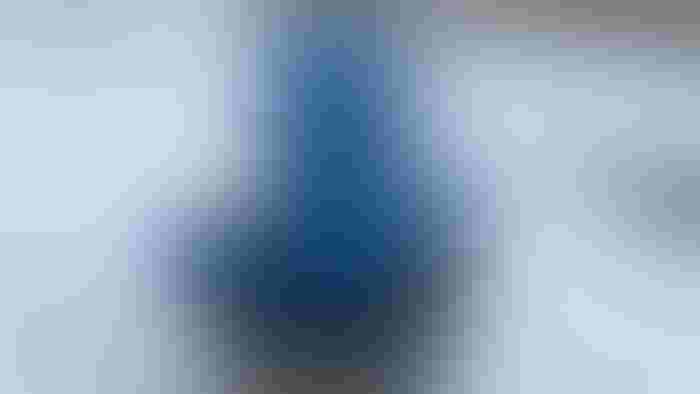 “Where we pasture the cattle is far enough away from our buildings that we didn’t want to run electricity clear down there for pumping or to keep water tanks heated,” he says.

“We used a backhoe to dig a hole deep enough to have water coming into it, and put a culvert 12 feet down that hole, then put gravel around it. We’d drilled holes around the bottom end of the culvert, to allow water into it,” says Lusk.

It took a little time to train the cows to use the first one. “We fenced them into a small area, with just the nose pump for water. When they got thirsty, we’d pump a little by hand. They’d drink it and we’d pump a little more, until a few figured it out, and the rest copied them.”

Young calves have more trouble because they aren’t as strong, but yearlings or older cattle have no problem, Lusk says.

“Where we put it, this water source allows us to do winter grazing. It’s a pasture where we’d tried a lot of different waterers, but this has worked best. There haven’t been any breakdowns or problems—no maintenance required. In earlier years the cattle were drinking from the river, and that worked until cold weather. Then we had to be out there chopping ice.”

This pasture is cut for hay once and regrows for fall/winter feed. Second cutting is left in the pasture, raked into big windrows. Cattle start grazing windrows in October, and graze through December. It’s a foolproof water source in winter, and also nice in summer because the cattle can be kept out of the river. “We don’t have to worry about them damaging the bank or getting manure in the river,” says Lusk.

Their other nose pump provides water for winter grazing on corn. “The cows pump their own water and we don’t have to depend on electricity, wind, or sunshine for solar power. This works all the time.”

To read more about winter water for cattle, click on this link.