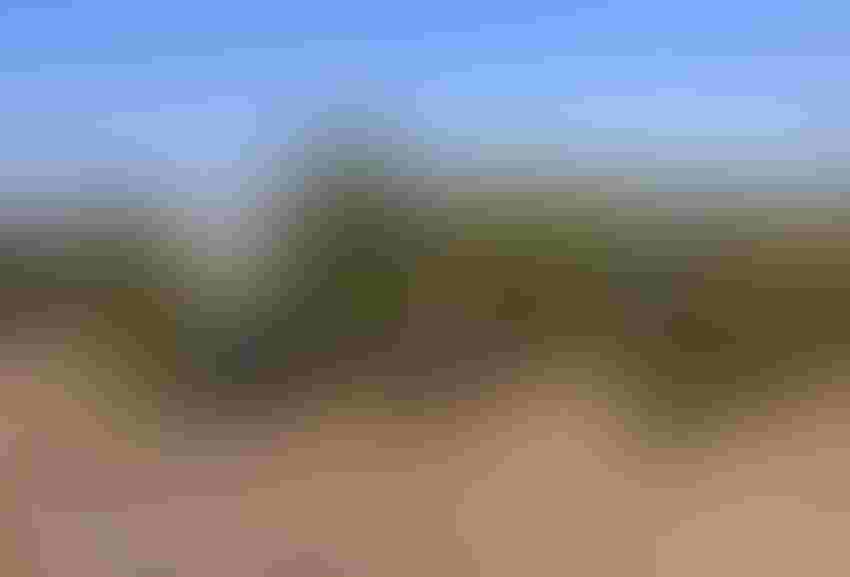 Volunteers rate the landscape plants during the Fall Open House at the South Coast Research and Extension Center in August 2022.Saoimanu Sope/UCANR

Oki is the principal investigator of the Climate-Ready Landscape Plants project, which may be the largest irrigation trial in the western U.S., and the UC Plant Landscape Irrigation Trials (UCLPIT), the California component of that project. These projects evaluate landscape plants under varying irrigation levels to determine their optimal performance in regions requiring supplemental summer water.

“There are some assumptions that pretty plants use a lot of water, like roses,” Oki said. “Everyone thinks they need a lot of water, but we've found some that don't, and they still look great. A water-efficient landscape doesn't need to look like a Central Valley oak-grassland in the summer. It can look really attractive.”

“The useful tip or information that is shared at the end of each trial is the selection and designation of plants as Blue Ribbon winners. These are the plants that looked good with an overall rating of 4 or higher throughout and were on the low (20%) water treatment,” said Natalie Levy, associate specialist for water resources, who manages the project at the UC ANR South Coast Research and Extension Center.

How plants earn a blue ribbon

Each trial year, the selection of new plants is based on research recommendations and donated submissions from the nursery industry. The landscape plants are trialed in full sun or 50% shade cover.

Three levels of irrigation are provided to the plants equal to 20%, 50%, and 80% of ETo. The volume of water applied is the same at each irrigation based on soil characteristics, but the interval between applications varies with weather and the treatment. Using this method, irrigations for the 20% treatment are less frequent than the 80% treatment.

During the deficit irrigation trial, monthly height and width measurements are taken to determine the plant growth index. Monthly qualitative aesthetic ratings on a scale of 1 to 5 are determined for foliage appearance, flowering abundance, pest tolerance, disease resistance, vigor and overall appearance.

A second round of flowering abundance and overall appearance measurements are also taken to capture more of the blooming period. For example, UCLPIT identified in the 2020 trial at South Coast REC that the "Apricot Drift" rose had a mean overall appearance score of 3.5 out of 5, deeming it “acceptable to very nice” and a low water use plant within the Water Use Classification of Landscape Species or WUCOLS guide.

While attending UC Davis as a master's student, Karrie Reid, retired UCCE environmental horticulture advisor for San Joaquin County, assisted Oki with landscape water conservation research. The landscape plant irrigation assessments were initiated at UC Davis in 2004 and the UCLPIT project, now in its 20th year, originated from her master's thesis project from 2005 to 2007. A CDFA grant supported duplicating these fields at the South Coast REC in 2017.

“(WUCOLS) only has 3,500 plants in it. There are guesses that there are close to 10,000 cultivars in urban landscapes in California, if not more,” said Oki. “WUCOLS also didn't have numerical ratings. Instead, you'll see verbal ratings like ‘low water use' or ‘high water use.'”

The UCLPIT project has not only developed numerical recommendations for irrigation, but it has also added new landscape plants that are compliant with California's Model Water Efficient Landscape Ordinance. In fact, UCLPIT's data is one of the few sources that can be used to supplement WUCOLS.

Geographic diversity of trial sites adds to knowledge base

Lloyd Nackley, associate professor of nursery production and greenhouse management at Oregon State University, is the principal investigator of the trial in the Portland metro area, which is entering its third year.

“People know that there are drought tolerant plants, but there are many. We're trying to highlight lesser known or newer varieties. And even though the trial is three years, most gardeners would hope that their garden lasts longer than that,” said Nackley.

One of the observations that Nackley recalls is of the Hibiscus Purple Pillar plant. Unlike the trial at South Coast, the Purple Pillar did not perform well in Oregon in the spring.

“It wasn't until August that we saw the plant bloom and begin to look like what we saw from South Coast in April,” Nackley said.

Ursula Schuch, horticulture professor and principal investigator of the trial taking place at the University of Arizona, was also surprised at the range of performance among different plant types and the effects of irrigation, heat and temperature.

“This research will reassure green industry professionals that they can stretch their water budget to successfully cultivate more plants, watering them according to their needs instead of irrigating every plant according to the highest water-using plants,” said Schuch.

Although research is only conducted in the West, the hope is that there will be trials in other regions of U.S.

Doing so would yield comprehensive information about the plants and their performance in different climates. As extreme weather events persist in the U.S., disease pressure and risks do too. Trials throughout the country would provide location-specific data regarding disease susceptibility.

To learn more about the UCLPIT research project, visit https://ucanr.edu/sites/UCLPIT/

[Saoimanu Sope is a communications specialist for UCANR.]

Source: University of California Division of Agriculture and Natural Resources.