University of Arizona study hopes to modify plants for a future environment that is warmer and drier. 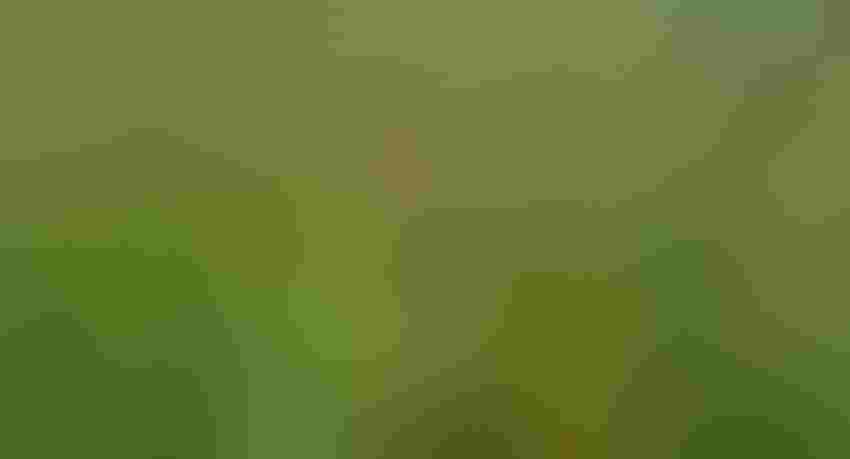 So, an asparagus walks into a bar, sits down next to a carrot, and says…

Plants do talk with each other, although not in the verbal fashion that humans are accustomed to.

In her book, The Language of Plants, author Monica Gagliano reports that as far back as the 18th century, naturalist Erasmus Darwin (yes, the grandfather of Charles Darwin) argued that “plants are animate, living beings attributed with sensation, movement, and a certain degree of mental activity.”

Two centuries later, the understanding of plants as active and communicative organisms has reemerged with a view that plants are sophisticated information-processing organisms with complex communications strategies helping them sense and respond to environmental cues for their survival.

“If we can understand that language of plants, they can communicate to us better and we can communicate back,” says University of Arizona plant scientist Rebecca Mosher.

“When you have a house plant and it’s wilting, it’s trying to say it needs some water.  Aside from the physically obvious, plants communicate in all kinds of ways.  They flower to attract pollinators.  They ripen their fruits so the seeds disperse.  Sometimes we can intervene once we understand what’s going on in the plant, so a big part of research is to basically get better eyes to improve our ability to see what’s going on --- the state of the plant’s health, its growth and development.”

A colleague in the digital biology field, Abraham Stroock, told the Cornell Chronicle: “Plants are endowed with ways of expressing biological processes, including hidden processes that occur inside tissues or underground, through readable signals that we can develop technologies to allow us to capture those signals.”

Understanding how plants respond to their environment will help plant breeders respond more appropriately to highly variable environments, an evolutionary need made more urgent as climate change is disrupting plants’ ability to read their environment.

“Nice to see NSF’s long-term investment into plant science,” Mosher says.  “Great to see recognition of the importance of this issue and agricultural innovations through interdisciplinary collaboration.”

“Climate will be very different in the coming decades, so our ability to grow crops needs to be different.  We need to understand more to build more resilience and increased yield,” adds research colleague Jesse Woodson.

“We need to know how plants are thinking about their environment,” Woodson says. “They’ve already evolved a communication that helps them grow well out in the wild on their own competing with other members of their species.  We want to learn their language to help engineer their survival in a warmer world field culture, to predict and manipulate agriculture at the molecular level to improve productivity and sustainability.”

“What this grant is about is how we can make the next step change in biotechnology research to promote grower crop improvement,” adds Mosher.

“We’re focusing on the big picture idea of understanding plant communication and dialogue to give us an opportunity to tap into those networks and hopefully communicate with plants themselves to tell them what we need.”

This specific research is part of NSF’s transdisciplinary CROPPS program, Center for Research on Programmable Plant Systems, to crease systems that can listen to and respond to what plants are saying.

Here’s how lead investigator Mosher explains it: “Plants might be sending signals internally within the body of the plant to help shoots understand what’s going on in its roots.  They might be sending signals to soil microbes to recruit those microbes in beneficial work.  We want to understand those signals so we can perhaps tap into them and communicate with the plants ourselves.”

Speaking as a molecular biologist, Woodson says, “We’re trying to identify molecular signals --- like a plant needing to be watered --- but catch them before they become visually obvious.  We want to identify and measure what those signals are and how we can tap into them.”

He explains further: “Plants are immobile and have to deal with stresses where they are rooted, so they develop a survival guide and pass those coping skills along to their neighboring plants.  It alters itself at a genetic level to adjust to its environment.”

So researchers will be looking at particular weave lengths to determine what is going on within the plant.  The greater that understanding of what the plant is trying to communicate, the quicker growers can adapt their techniques to adjust to changing environmental conditions.

“A lot of this biotechnology data goes into fancy computer mathematical models needed for breeding crops that are better adjusted to heat and drought resistance,” Mosher says.

“It’s called a ‘digital twin’ where we can quickly do modeling experiments that will predict what we need to solve a particular problem before we go find a plant with similar genetics for a real-world test.”

Anticipating successful research and implementation of those new ideas in the decades ahead, Woodson says, “This planet’s climate will be very different by 2050 and our ability to grow crops will also have to be different.  We’re hoping our discoveries will help increase yield across many different types of crops and we’ll be able to grow the same crops we’re growing now, but with more resilience and increasing yield.”