Your view of success may be seen by potential next-gen partners as a 4-letter word (bust) if you’re not riding the same ‘tractor’.

Before you “go ballistic” over the story headline, remember there are good four-letter words, too.  Success is a nebulous thing meaning many things to many people – especially different generations. That’s why it’s crucial that you and your next-gens share a common vision. (Yes, I realize “vision” isn’t a four-letter word.)

As Peter Guber, co-owner of the Golden State Warriors succinctly puts it: “Everybody in business shares one universal problem: To succeed, you have to persuade others to support your vision, dream or cause.” 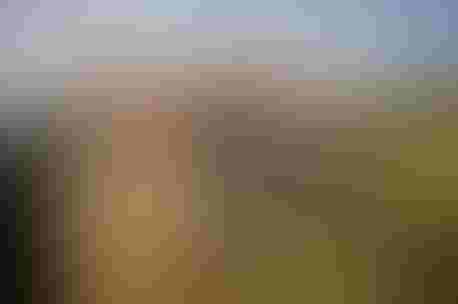 That’s why so many family business leaders fail. And, it’s why attorneys and financial consultants spout this often-lipped dismal statistic: “Despite many perceived advantages of family-run businesses, only about 30% of family businesses survive into a second generation.” That survival rate drops to 12% for the third generation and 3% for the fourth generation, according to the Family Business Institute. Farm families, though, are better at beating those odds – avoiding a transition “bust” – at least 10% higher, suggest USDA studies.

* Duck, as in sitting duck: When you adopt a status quo policy – “if it works, don’t tinker with it.” – it simply means your business is sitting and waiting for a big fish or bird to make you its lunch.

* Bull, as in bull-headed: Many successful people have trouble surrendering authority or control to next-gens. If you have this tendency, cede total authority over small projects first and see how it works out. Then grow into more of a mentor role with bigger projects.

* Solo: A family business cannot be dominated by a dictator. Sooner or later, dictators are overthrown and achieve the legacy of failure. Success is meant to be a shared legacy.

* Plan: Success is a moving target. It requires as much anticipation as drawing a gunsight bead on where that duck will be when the pellets arrive. So don’t blow it.

That’s one reason why farms with direct-to-consumer marketing – roadside stands, farmers’ markets, pick-your-own farms, on-farm stores, and community-supported agricultural arrangements (CSAs) – have a higher survival rate than farms following more traditional business model marketing.  According to USDA’s Economic Research Service studies, that survival rate is about 10% higher in all farm income categories. For them, constant planning and innovation is essential.

* Team, or lack thereof: Lack of a shared vision and weak next-generation leadership are two of the top three threats to long-term family firm success. They’re vital for any business, but critical for family enterprises. All “horses” need to be pulling in the same direction to be a team.

* Idea: Visions must spur entrepreneurial creativity of new ideas beyond your own. Everybody – your next-gen and employees included – want to be part of something that’s growing to be bigger.

How to turn over the controls

* Challenge your next-gens: Teach them to think, and help them foster their own visions of what they might accomplish on their own. History will judge you by your actions, not your intentions.

* Let failures happen: Most of us learn more from our failures than our successes. But make sure next-gens have the opportunity to learn from the small ones first.

* Let them go and grow: It’s amazing how a few years away from the farm will make next-gens grow and hunger to come back home as potential partners – with fresh ideas, new visions. It also helps oldsters to see youngsters as adults.

* Allow young leaders to lead: Mom and Dad should try treat all children equally. But to reach full potential and flourish, multi-gen businesses need multi-gen leadership – ones who can bring value into the family. Joshua Nacht, consultant for the Family Business Consulting Group, calls them “family champions”. They emerge through their own motivation and desire and are rarely appointed or designated by the older generation.

* Make it enjoyable: If you’re doing your job of inspiring your next-gen, transitioning to them will naturally be enjoyable. Yes, part of success is having an upbeat inspiring attitude. It’s a win-win challenge. The more you enjoy farm life with your next-gens, the more they’ll want to do the same.